WHEN IT COMES TO TRAVEL, the prudent birder takes a page from the Boy Scouts, specifically, the edict that advises you to “be prepared.”

Because when you’re traveling in new or unfamiliar territory, you just never know when an amazing birding opportunity will present itself. And in many cases, there are no second chances to go back to the hotel and get your gear and come back to grab the shot. You either get it in the moment, or you don’t.

So, you can either strap your big 400mm or 600mm to your back, along with your big tripod, and play packhorse for the duration of your vacation. (And I’ve seen some dedicated, but decidedly cranky, birding photo buffs do just that.)

Or you can make a more logical, portable, and enjoyable choice, and take along a Sony RX10 IV, and never worry about missing a great birding photo op.

That’s what I did during a recent trip to Cuba. The trip was mainly based around the People to People program, and so it was mostly focused on the island’s amazingly colorful and vibrant culture, architecture, and music.

We walked some long days through the faded glory of Havana, visiting dance troupes, artists’ studios, and the like. We toured colonial towns, old sugar plantations, and museums.

I toted the RX10 IV all day and was ready to shoot everything: wide interior shots in low light (thanks to the excellent low-light, low-noise sensitivity of the camera’s one-inch backlit 20.1MP sensor) to handheld, long-lens views of vintage American cars of the ’40s and ’50s cruising down the legendary waterfront boulevard, the Malecon (courtesy of the super sharp, Carl Zeiss 24-600mm F/2.4-4.0 equivalent zoom lens with quick Phase Detect Autofocus and excellent built-in image stabilization).

Best of all, I was ready and energetic enough to catch the nightlife portions of the trip, again with the RX10 IV in hand, because I wasn’t exhausted from lugging a heavy camera bag around all day in the tropical heat.

It was when we were near the Bay of Pigs, scene of a long ago military debacle, that the guide mentioned the possibility of a short birding walk nearby, including visiting an area where we might see Mellisuga helenae,the Bee Hummingbird (aka the Zunzuncito). It’s the smallest bird in the world and is endemic to a few areas of Cuba.

Well, we were all game, but really, it’s hard to get a decent hummingbird shot using a smartphone or a DSLR without a long telephoto lens. As useful as they can be for a lot of travel photo situations, smartphones just can’t handle hummingbirds, especially this one; they are too small, too fast, and too far away.

But the long lens and the fast-focusing capabilities of the RX10 IV were well matched to our prey in the garden of a local lady whose feeders attracted many of the island’s hummingbird species that day.

However, that’s not all it takes to get good hummingbird shots. Usually, you need a powerful flash or two, to help freeze, or at least slow down, the fast-moving wings. Because most DSLR cameras won’t synchronize with a flash at shutter speeds above 1/250th of second, those flashes have to put out a lot of power.

One of the RX10 IV’s hidden features is that it will sync with flash at shutter speeds up to 1/1000th of a second. That’s an action-stopping shutter speed, but if you set it on most DSLRs, the shutter curtain will close before the flash is finished firing, resulting in half-dark pictures.

But not on the RX10 IV. The camera’s pop-up flash coordinated perfectly. It’s not a very powerful burst of flash, but with a shutter speed that high, and the relative closeness of the subject, it didn’t have to be.

I won’t exaggerate and tell you that I got dozens of great shots in the 20 minutes or so that our group spent in the garden that day. I’m not that experienced a hummingbird shooter. It’s more like trying to shoot a fast-flying insect than a bird.

But I got about five good shots of the birds when they would occasionally roost on a branch for a split second, and one shot of a little Zunzuncitohovering in mid-flight with a nice clean background. A lucky shot, you might say, and you’d be correct. But remember what a wise man once observed: “Luck favors the prepared.” 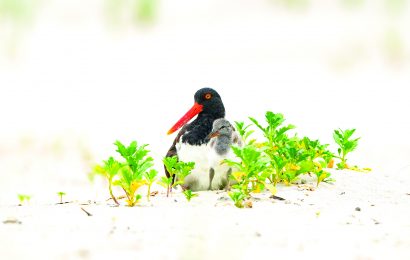 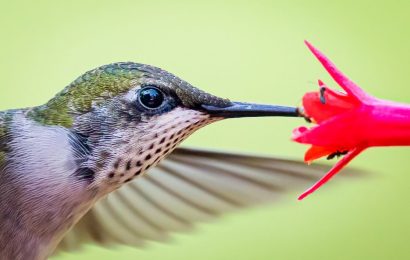 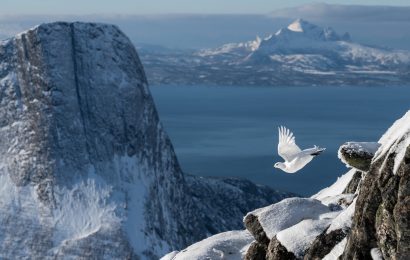