Become a member and get exclusive access to articles, contests and more!
Start Your Free Trial
BirdWatching  •  Photography  •  Featured Galleries  •  Winter birds: 10 photos show birds making do with all that snow 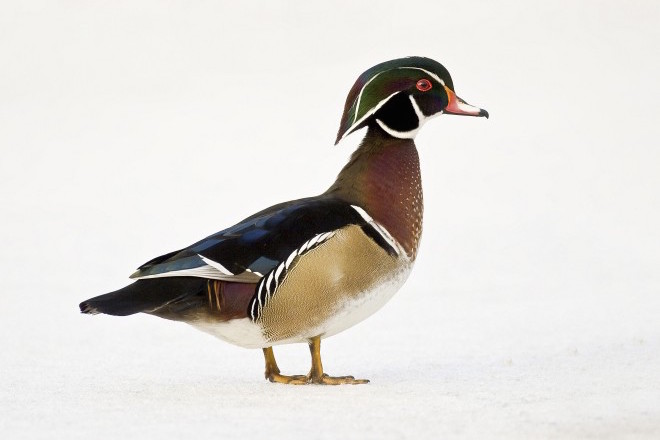 Wood Ducks are known as summertime residents of Ontario, but Larry Kirtley photographed the dapper drake above in the opposite season. His picture inspired us to see how many other winter scenes we could find in our Backyard and U.S. and Canada Galleries. The snowbirds below are some of our favorites. 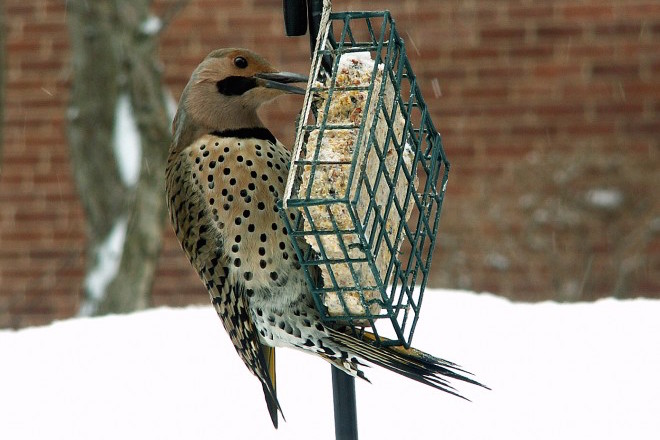 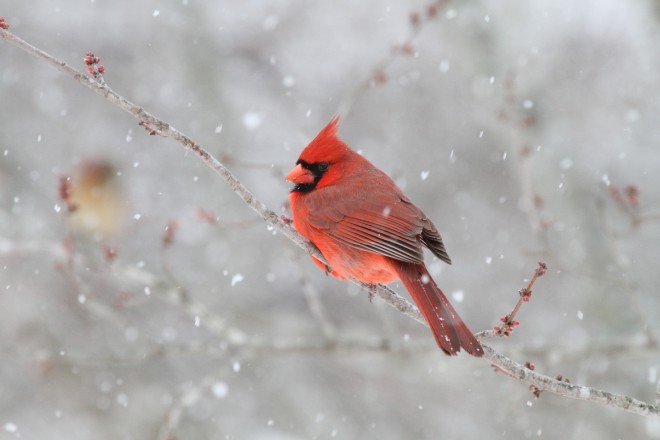 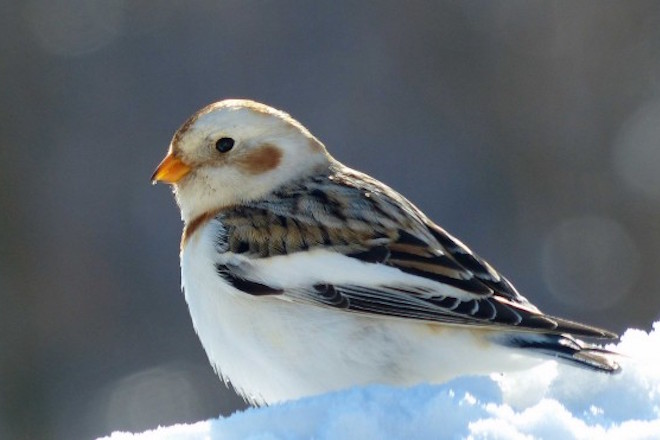 SURPRISE BUNTING: We’re accustomed to looking for this species in open, windswept spaces. This bird was on birdware’s backyard deck. 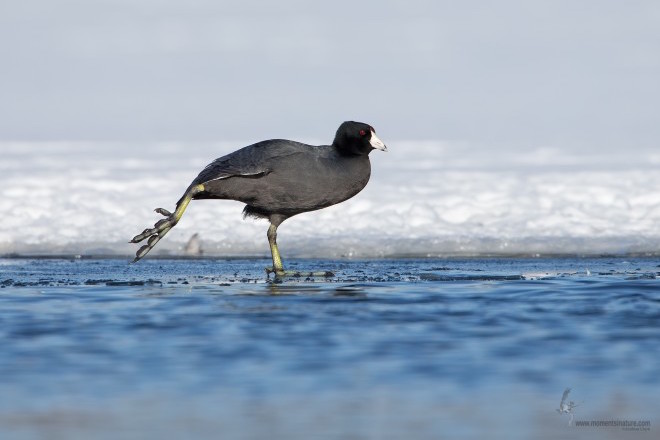 BIGFOOT: Neither photographer Joshua Clark nor the coot was too cold to make this picture. They were at Portage Lakes, south of Akron, Ohio, early in February 2015. 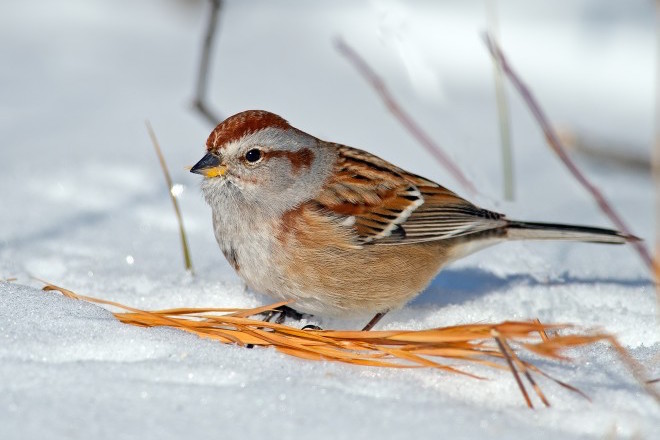 HARDY: American Tree Sparrow breeds across northern Canada but can be found across much of the United States in winter, even where it’s snowy. This one was at Bombay Hook NWR in Delaware. Brian Kushner took the photo. 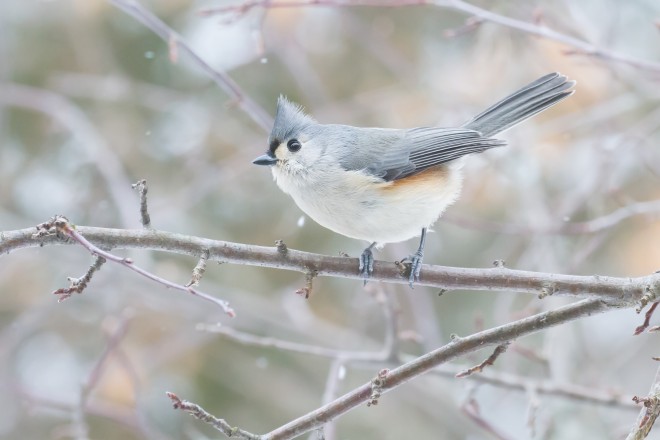 CAN I COME IN? Alberto Lopez of Ithaca, New York, tells us he recorded this chilly scene from the comfort of his home. 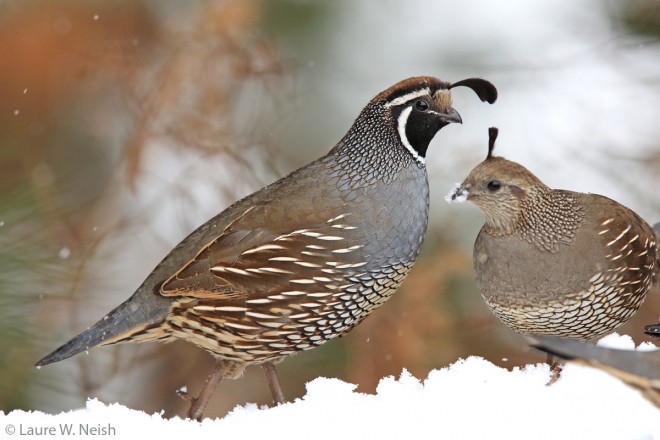 MAKING TRACKS: This pair of quail were almost up to their scaled bellies in snow. Laure Wilson Neish took the photo in Penticton, British Columbia, in February 2015. 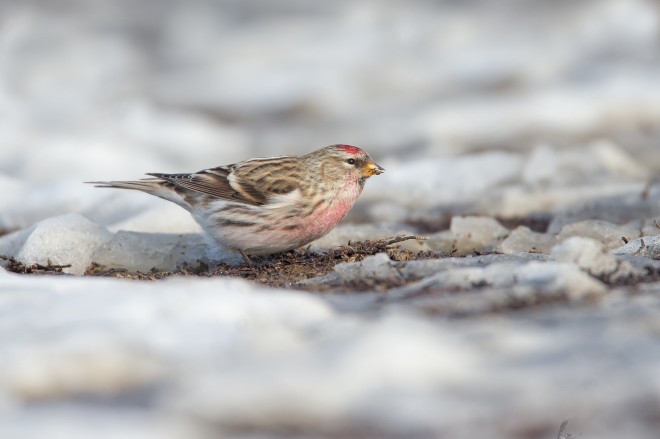 WINTER FINCH: This Common Redpoll, photographed by Joshua Clark, was feeding on a trail at Lorain Impoundment in Ohio in January 2015. 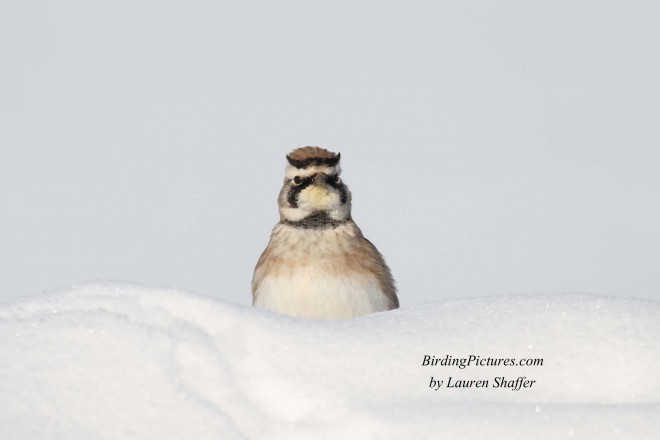 PEEK-A-BOO! We can barely see this Horned Lark. Lauren Shaffer found it in farm country in central Pennsylvania in February 2015.

Maureen Hills-Urbat of Rockyview County, Alberta, is the winner of our first Backyard and City Birds Photo Contest with this image of squabbling Blue Jays. … END_OF_DOCUMENT_TOKEN_TO_BE_REPLACED