Become a member and get exclusive access to articles, contests and more!
Start Your Free Trial
BirdWatching  •  Photography  •  Featured Galleries  •  Winners of the 2019 BirdWatching Photography Awards

From late April through late June, we received 1,234 photos from 726 people who entered our 2019 BirdWatching Photography Awards, and now we’re thrilled to announce the winners! “This was hard,” says Marie Read, one of our judges. “They are all stunning and prize-worthy. It was very difficult to pick the top few.” Nevertheless, she and the other panelists narrowed the field of 25 finalists to three prize-winning photos. Enjoy this gallery of the winners: 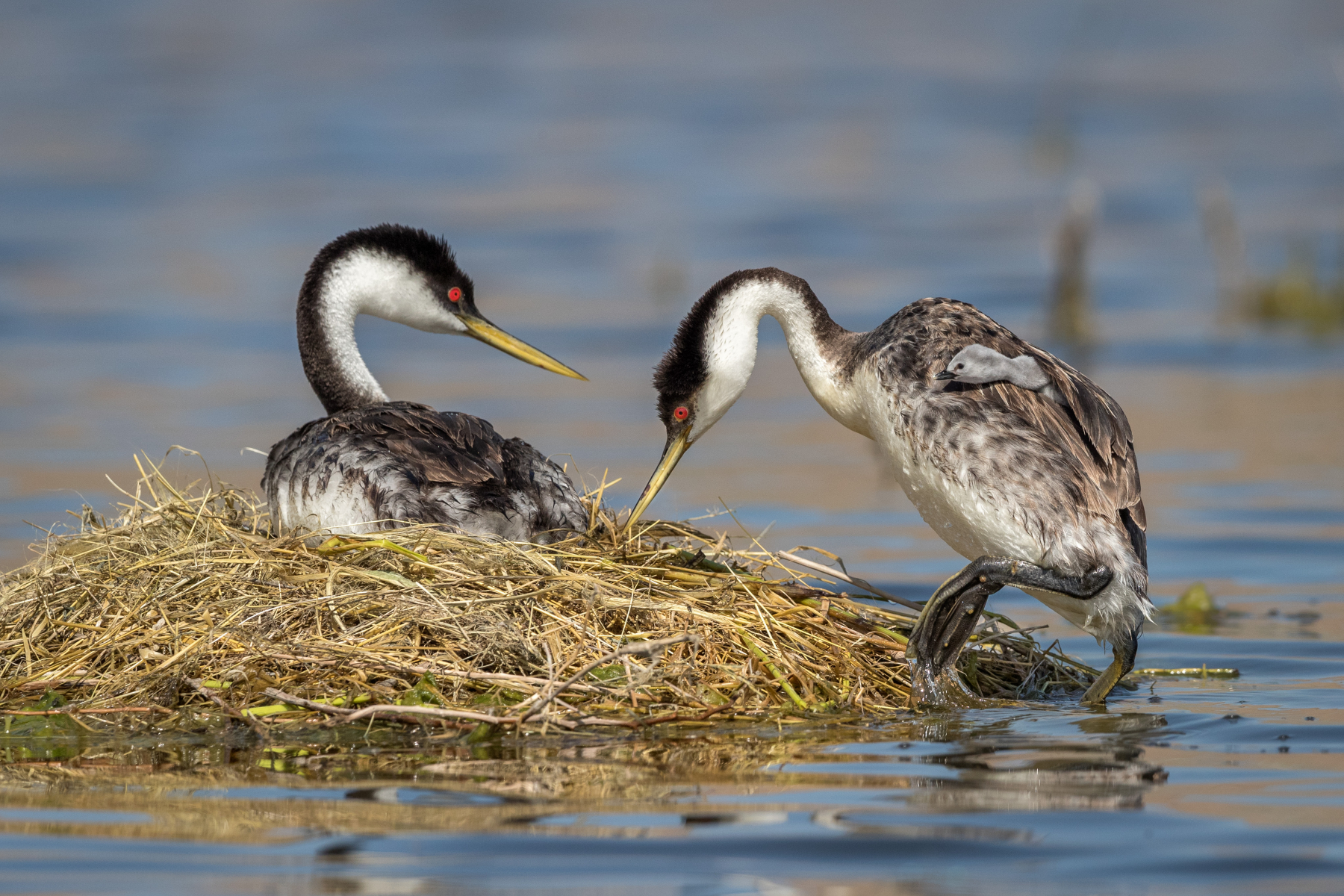 Description: This area of Pyramid Lake had been dry for years due to drought that reduced lake inflows to well below average. But the record-wet winter of 2016-17 resulted in high levels of snowmelt, and the area became covered with several feet of water. A local birder reported several hundred Western and Clark’s Grebe nests near the shoreline. I was able to photograph the grebes by standing near the lakeshore in several feet of water, wearing hip waders and using a tripod.

I made multiple trips to the lake, rising at 4 a.m. to get there by dawn. Frequent major brush wildfires in the area made it impossible to reach the area on many days. Unfortunately for the grebes, the tremendous snowpack runoff continued well beyond the normal peak, and the lake continued to rise through mid-July, gradually flooding most of the nests before the eggs could hatch; sadly, many eggs floated away despite the efforts of the grebe parents to build up the nest faster than the rising water. This nest was one of the few successful ones, and at least two chicks hatched. As soon as an egg hatches, the chick climbs on the back of a parent. This parent is arriving back at its nest and jumping back on it with the chick nestled in its feathers. Chicks sometime fell off during this maneuver, but quickly climbed back on. If the chick fell off in the water, the swimming parent would extend its leg to the side and the chick would use it to climb back on.

This wonderful opportunity to observe grebes close to shore has not reoccurred since 2017, likely due to the lake’s increased level. I feel quite fortunate to have had the opportunity to see many aspects of the grebes at close range, including courtship behaviors (“rushing” where two grebes run across the water surface, mimicking behavior, the “grass dance”); mating; aggressive chasing; and chick feeding.