Both Snowy Owl and Great Gray Owl have wider wingspans, and Snowy weighs more, but we still think Great Horned Owl ranks among the greatest of North America’s owls. Not only is it a “spectacular hunting machine armed with pinpoint sight and hearing and the ability to fly silently,” as wildlife biologist James D. Ray put it in his award-winning December 2012 article, but it’s also a spectacular beauty, as the seven photos below show. 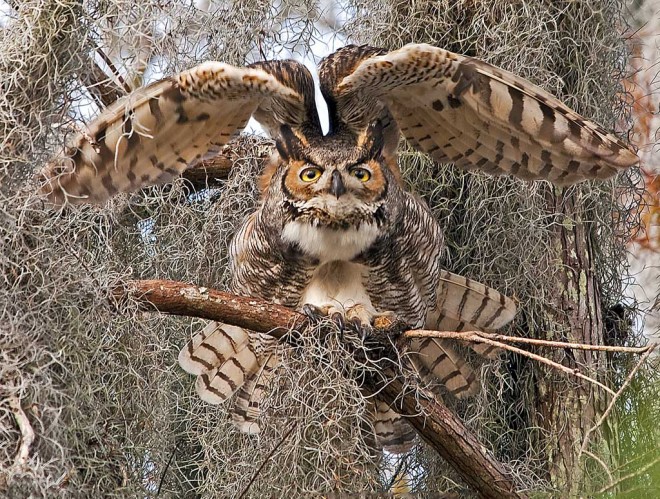 This gorgeous bird, found in Arthur R. Marshall Loxahatchee NWR by snooked, appears to be showing off. 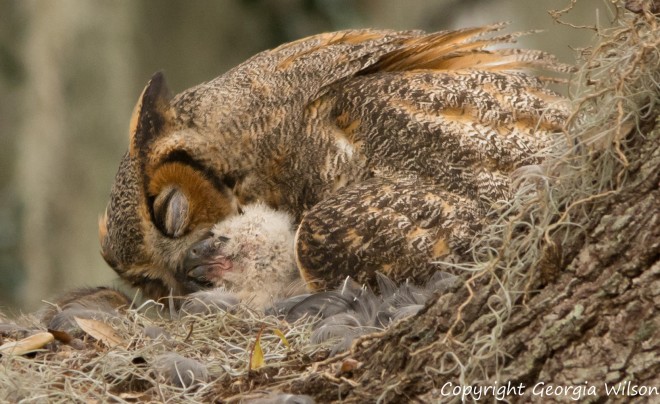 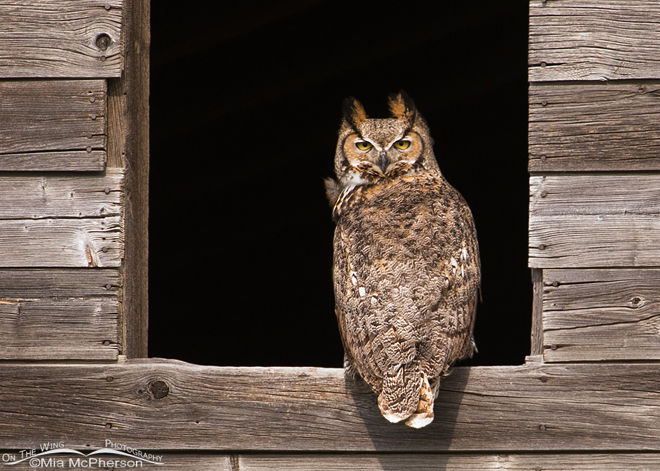 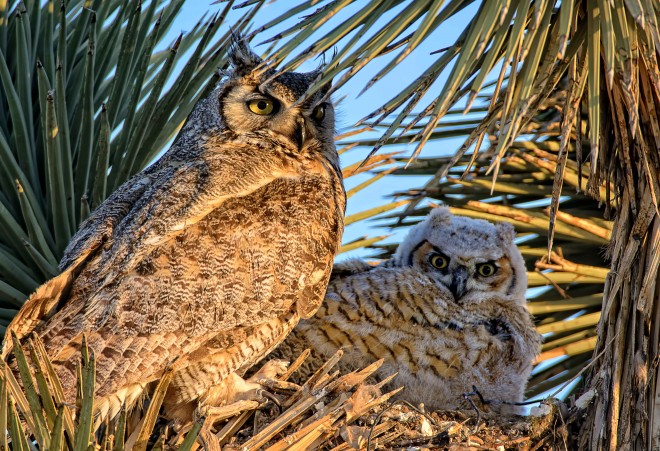 Brent Bremer found this owl and owlet in June 2014 in sunny southern California. 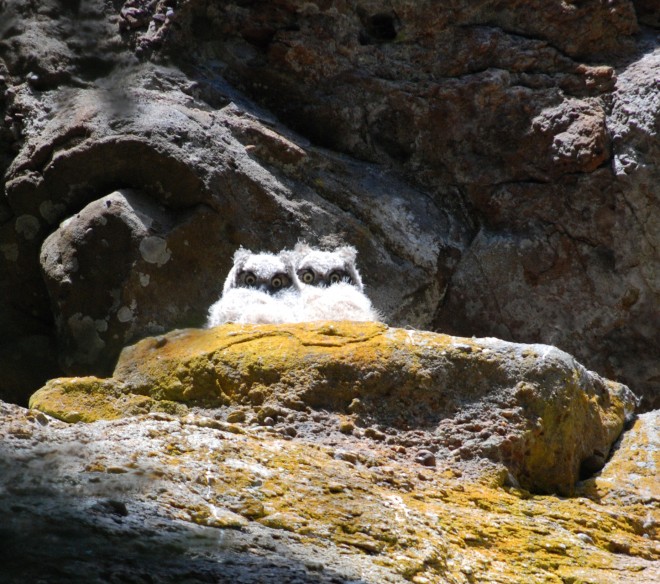 Wide-eyed owlets peer from a nest on a cliff ledge on Salt Spring Island in British Columbia. Gail Sjuberg took the photo. 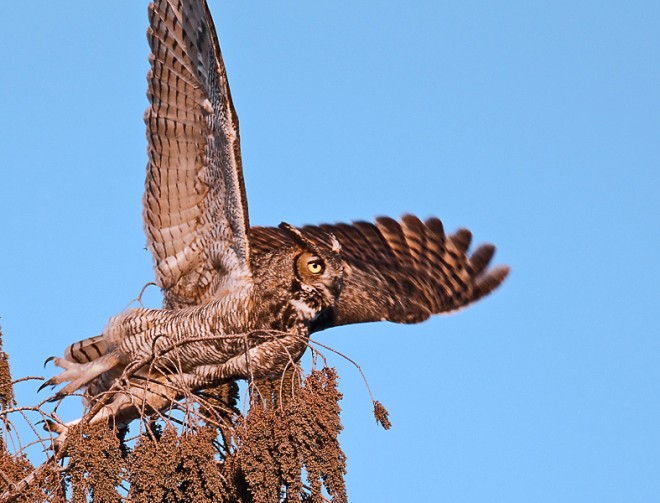 This female at Arthur R. Marshall Loxahatchee NWR was being harassed by a hawk, says photographer snooked.

These young Great Horned Owls were in a nest in Brecksville Reservation, one of the Cleveland Metroparks. Joshua Clark took the photo.

Read why late fall and early winter are the best times to listen for the Great Horned Owl.

Read how one birdwatcher found all 13 of Arizona’s owl species in a single year. 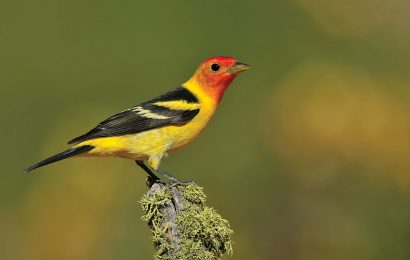