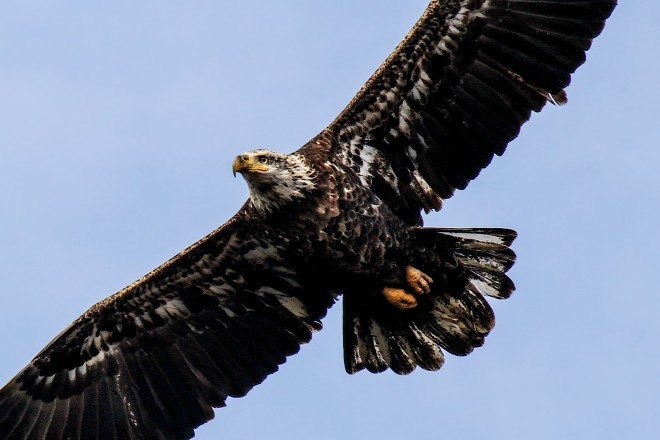 The Bald Eagle above, photographed by Lenny Beck in Hamilton County, Ohio, is another third-year bird. Brown feathers are replacing the white mottling on its belly and underwings, its bill is turning all yellow, and enough white feathers are visible on the head and throat to suggest what the eagle's all-white head will soon look like.