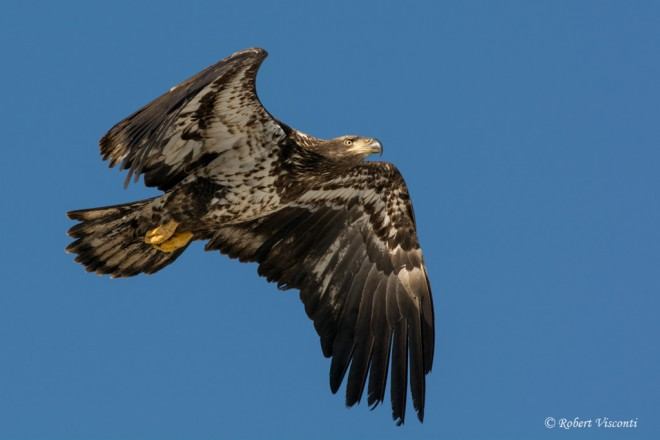 After one year, Bald Eagles develop white patches on their belly and back. The bird above shows not only the white belly but also extensive white on its wings, marking it as a second-year eagle. Robert Visconti photographed it as it flew along the Mississippi River in winter.