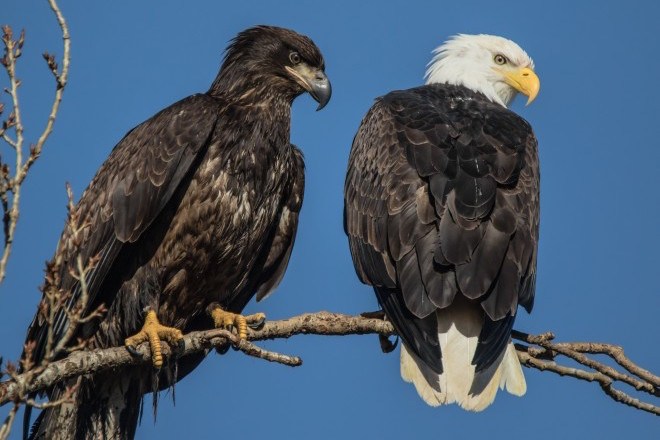 The all-dark eaglet above is another first-year bird, a recent fledgling. It was photographed by Tony Joyce in Delta, British Columbia, as it perched alongside an adult eagle. The youngster's bill is dark. The adult's bill is bright yellow.