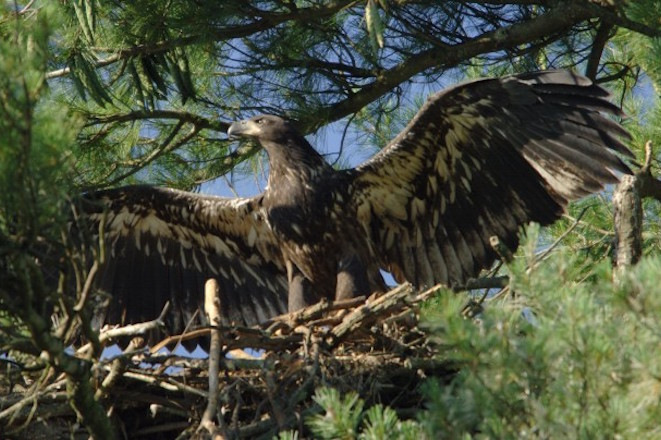 The eaglet above, photographed by Alex Westner in Pike County, Pennsylvania, in July 2008, is a little older (and much bigger). It is getting ready to fledge. Like all first-year eagles, its head and belly are brown, but its axilaries (its wing-pits) and underwing coverts are white.