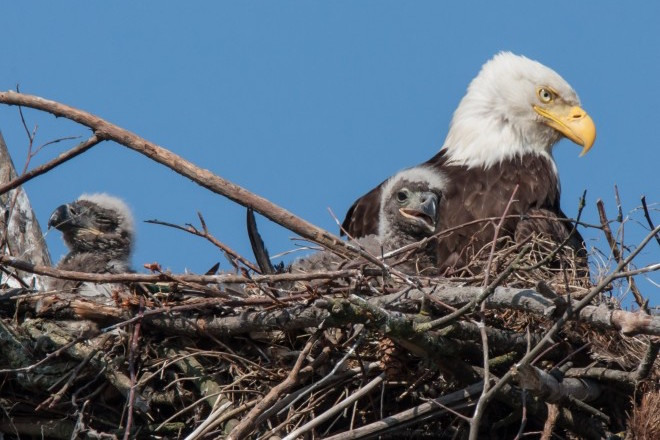 Bald Eagles take four to five years to acquire their distinctive adult plumage. All eaglets start out like the fuzzy-headed birds above. Tony Joyce took the photo in British Columbia when they were three weeks old.

Maureen Hills-Urbat of Rockyview County, Alberta, is the winner of our first Backyard and City Birds Photo Contest with this image of squabbling Blue Jays. … END_OF_DOCUMENT_TOKEN_TO_BE_REPLACED