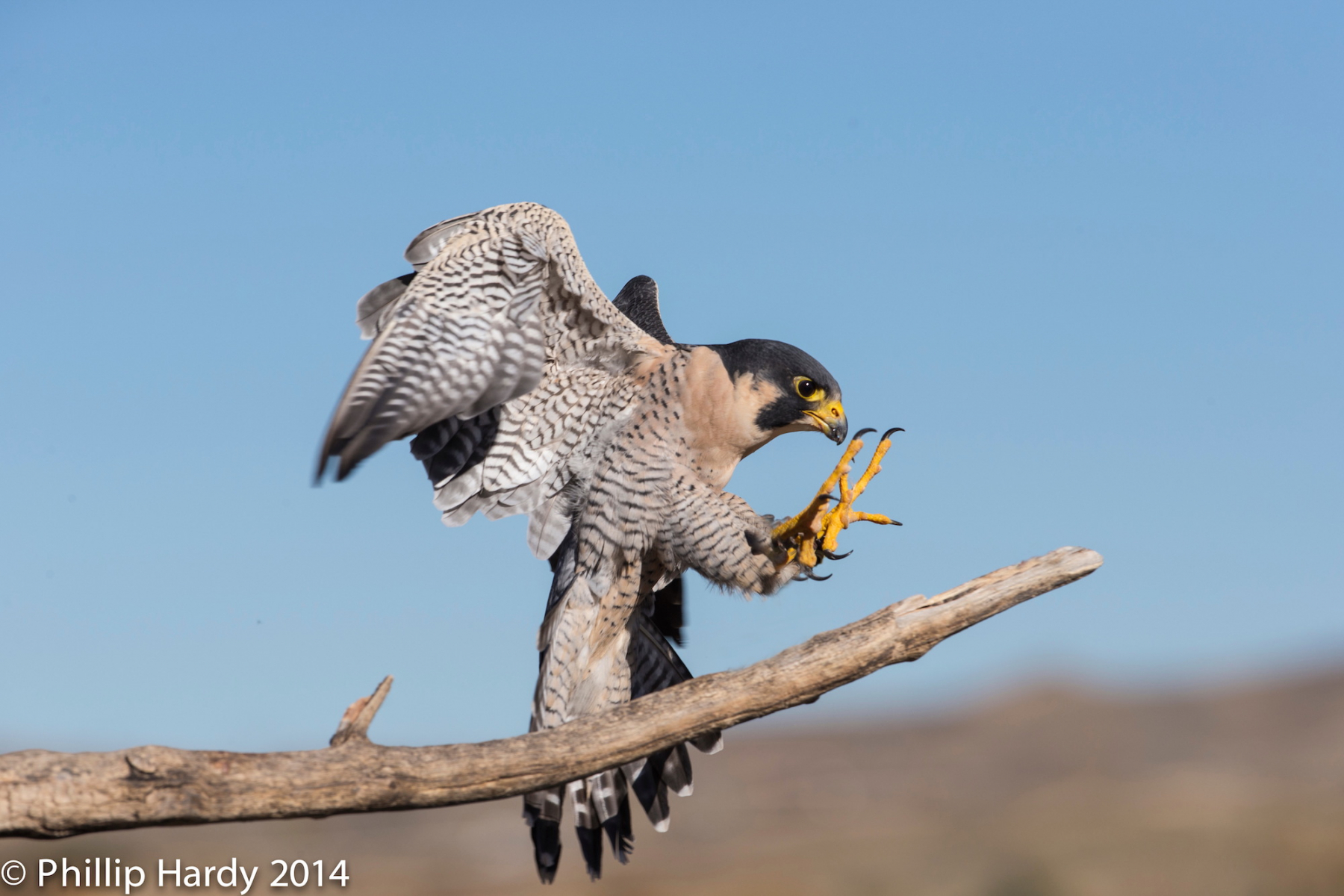 The NFL's Atlanta Falcons were not necessarily named after the Peregrine, but it is one of just a few falcon species that can be seen in Georgia. The team was named through a public contest. The winner suggested the name because "the falcon is proud and dignified with great courage and fight." Today, the world's largest freestanding sculpture of a bird stands outside the Falcons' stadium. Photo by Phillip Hardy