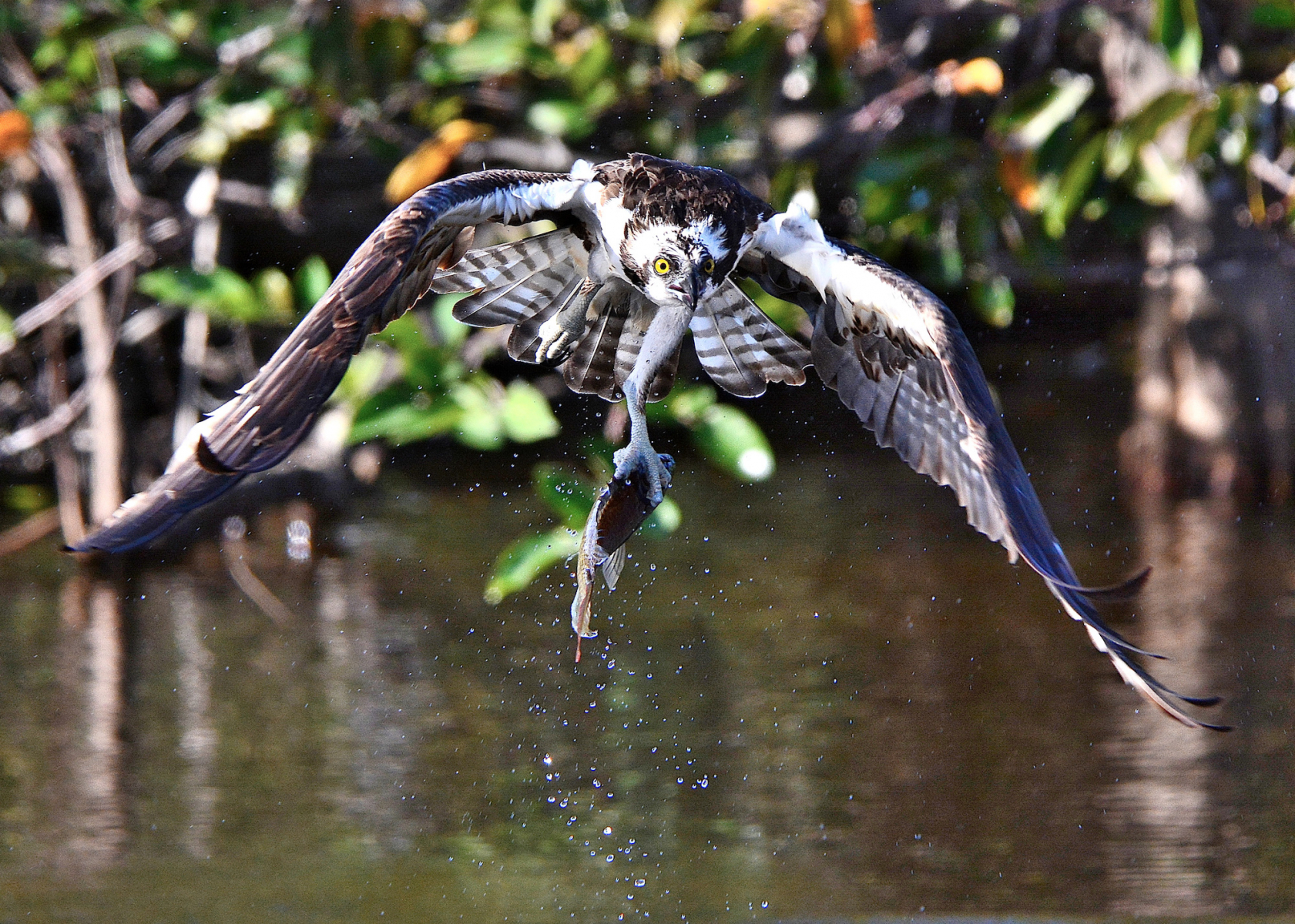 While the United Kingdom has a rugby team in Wales called the Ospreys, and the minor-league baseball team in Missoula, Montana, is called the Missoula Osprey, it's true that no North American pro team uses the name of the beautiful, widespread raptor. (Hey Orlando, Oakland, Oklahoma City, it's up for grabs!) However, the name of the NFL's Seattle Seahawks is inspired by the bird. It was chosen from a fan naming contest when the team was founded in the early 1970s. The fish-eating hawk occurs on five continents. Photo by Marilynne Strazzeri