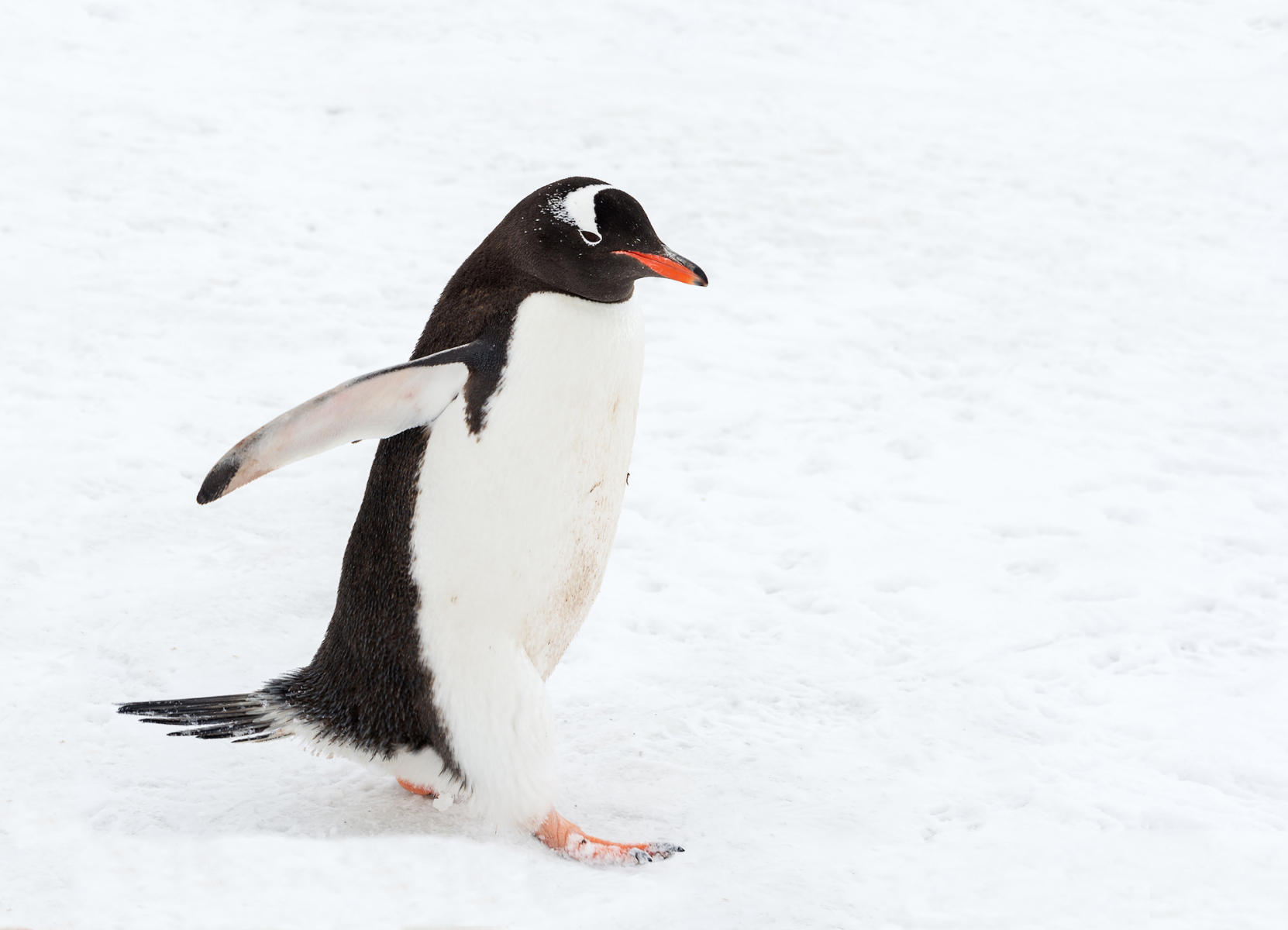 The Pittsburgh Penguins of the National Hockey League were so named in the 1960s in part because of the alliteration of the name. But the team also played in an arena commonly known as "the Big Igloo" so the name seemed appropriate. The team's name doesn't reflect a particular penguin species, but to my eye, the Gentoo Penguin seems to be a close match to the hockey-stick-carrying bird in the team's logo. Photo by Christian Sanchez