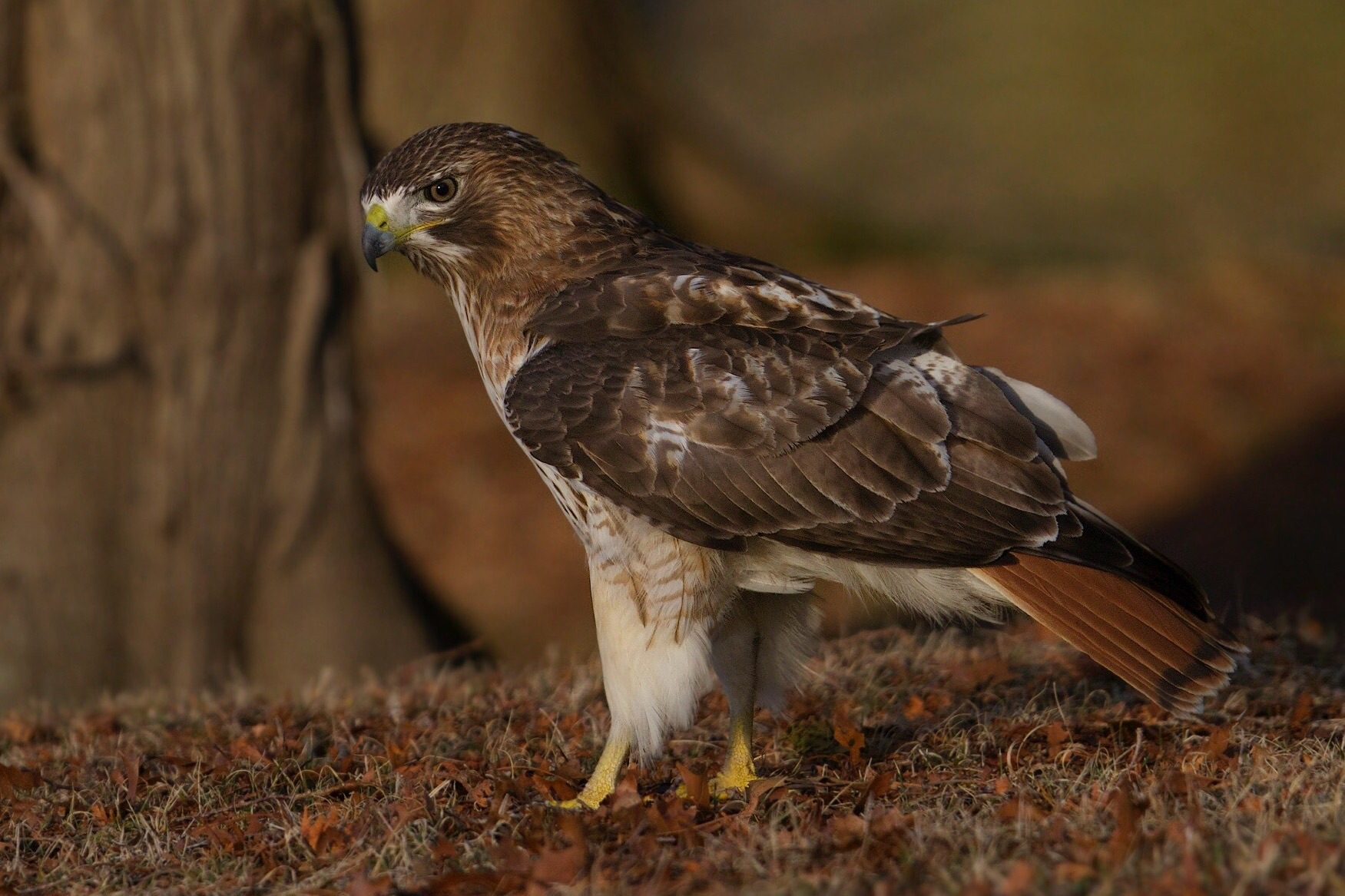 While the Atlanta Hawks of the NBA aren't named for a specific hawk species, their mascot and logo depict a raptor. So, here's a shot of our most widespread hawk, a Red-tail. The team originated in 1948 in the Midwest, when it was named the Blackhawks, after the Native Sauk Chief Black Hawk (also the source of Chicago's hockey team's name). The basketball team moved to Milwaukee in 1951 and shortened its name to Hawks. The name has remained the same in subsequent moves to St. Louis and Atlanta. Photo by Kim Caruso