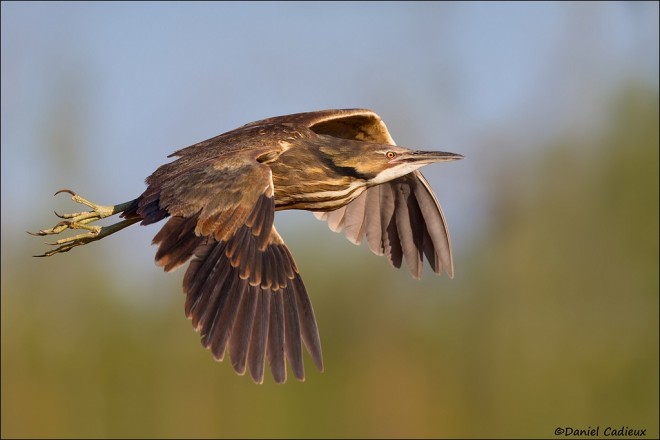 Paul A. Johnsgard knows a thing or two about American Bittern. He’s Foundation Professor Emeritus of Biological Sciences at the University of Nebraska-Lincoln and the author of more than 70 books, many of which describe the long-necked bird (and many others). His photos and first-person account of the bittern’s rarely seen courtship display are a highlight of our April 2016 issue, which went on sale on newsstands March 1.

American Bittern spends the winter primarily in wetlands along the southern Atlantic coast and Gulf Coast, and in southern California, Mexico, and northern Central America. It also migrates to the Greater Antilles, Cuba, and Bermuda.

The heron breeds in freshwater wetlands in the northern half of the United States and the southern half of Canada, from the California coast to Newfoundland. To find it, visit large marshes and protected areas with more than 40 acres of marsh from March to May. Seek out beds of cattails, reeds, or grass in shallow water up to a foot deep — Americans prefer to wade; they aren’t likely to cling to vegetation, as Least Bittern does (see below) — and listen at dusk or night for its pounding, three-syllable song.

The photo above was taken by Daniel Cadieux. We found it and the photos below in our U.S. and Canada Gallery. 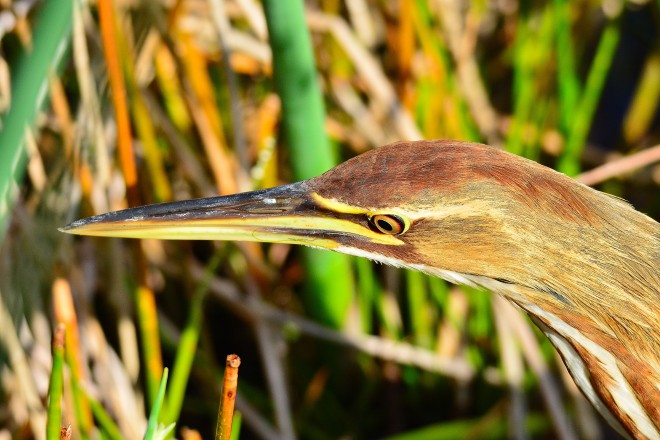 Get a description, map, and driving directions to Wakodahatchee Wetlands. 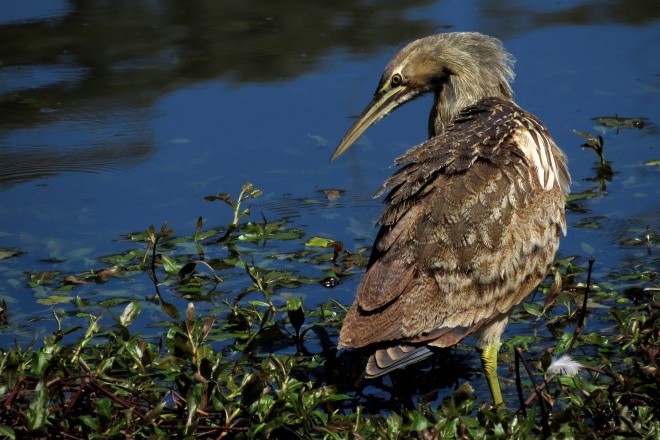 In our April issue, Paul Johnsgard describes how displaying male bitterns fluff their plumage, exposing white feathers in front of and above the wings. This American Bittern revealed white shoulder feathers to photographer Tony Britton. He took the photo with a Canon SX40 HS camera. 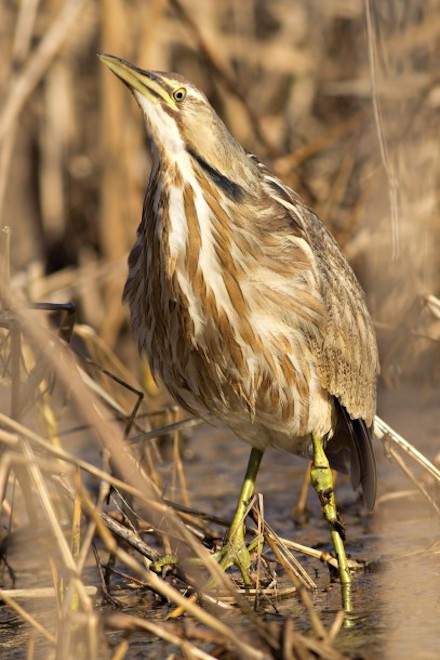 American Bitterns are famous for their ability to hide in plain sight, using the brown streaks on their long necks to blend in to surrounding marsh vegetation. This one was concealed in Savannah NWR, in Chatham and Effingham counties in Georgia and Jasper County in South Carolina. Photographer Ken Orloff says the bird was moving gently from side to side, as if swaying in a breeze. 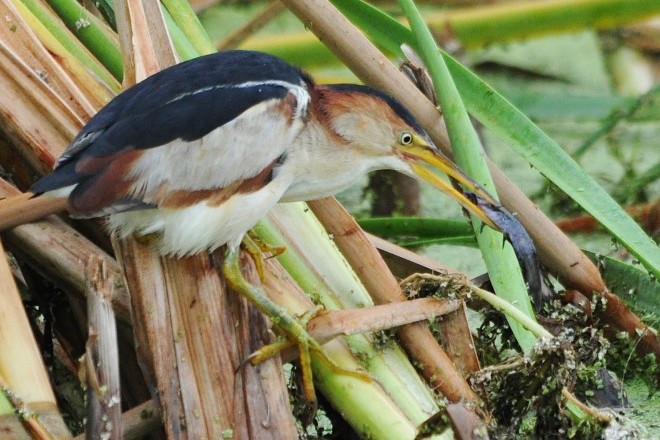 This is Least Bittern, North America’s super-secretive other bittern species. Its crown and back are dark, its neck and sides are warm orange-brown, and it’s about half the size of American Bittern. This one, photographed by geopix, was at the Orlando Wetlands Park in Christmas, Florida. 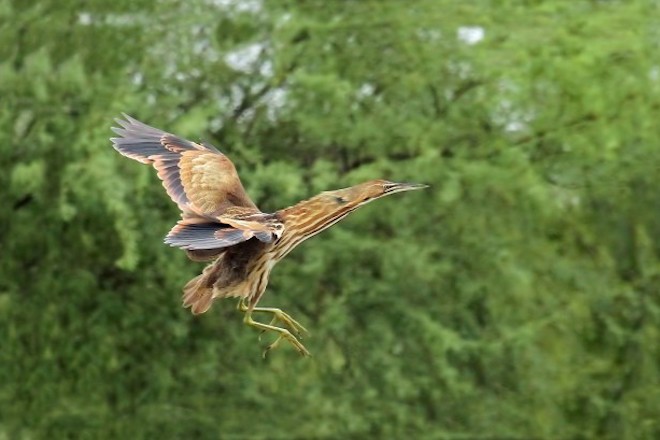 This American Bittern was returning to earth after flushing from the reeds at Estero Llano Grande State Park, in Weslaco, Texas. Lora Render took the photo with a Canon 7d camera and 100-400mm lens.

Get a description, map, and driving directions to Estero Llano Grande State Park.

How to find American and Least Bitterns.

Maureen Hills-Urbat of Rockyview County, Alberta, is the winner of our first Backyard and City Birds Photo Contest with this image of squabbling Blue Jays. … END_OF_DOCUMENT_TOKEN_TO_BE_REPLACED