Unusual for owls, Burrowing Owls are active during the day, not night, but they can still be devilishly hard to find. Mottled brown and small, they’re often difficult to distinguish from the clods of dirt and dung often found near their burrows. Once you locate an active burrow, though, the birds can be downright dependable — not to mention adorable, as these photos show. 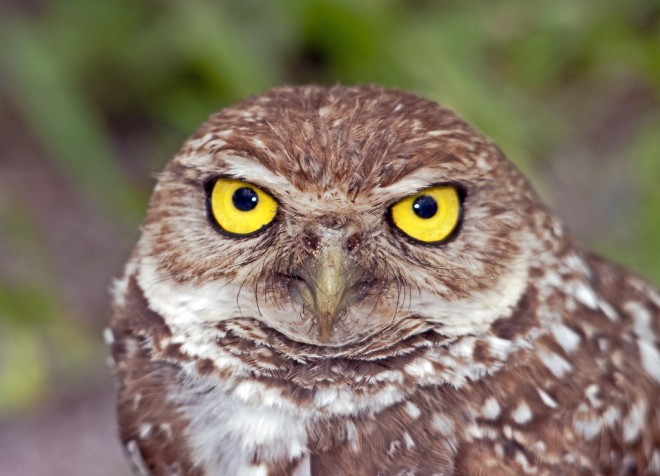 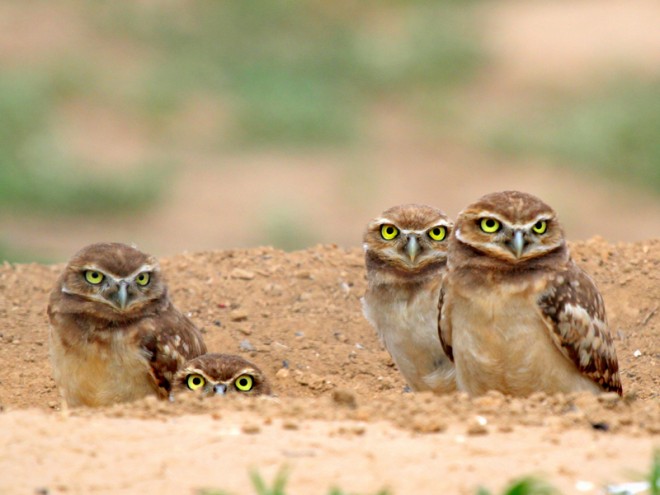 Who’s watching whom? Robert Martinez found these owls in a prairie dog town near his local airport. 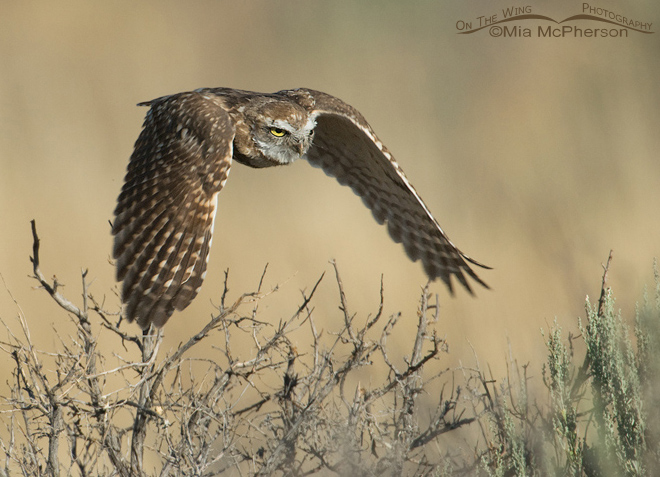 miam photographed this juvenile in flight in August 2010 in northern Utah. 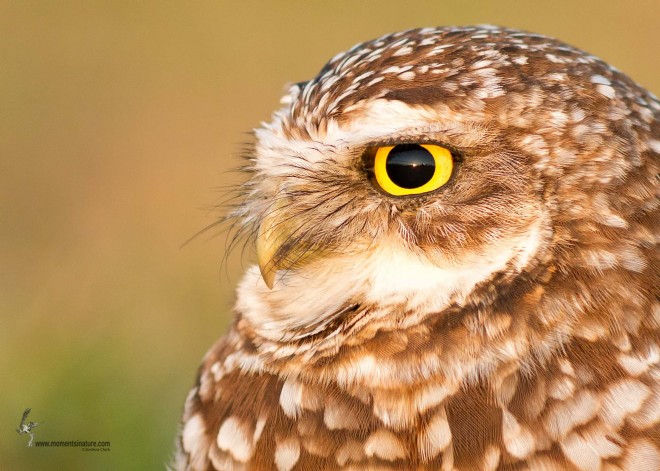 The reflection in this owl’s eye is the sun setting behind photographer Joshua Clark in Cooper City, Florida. 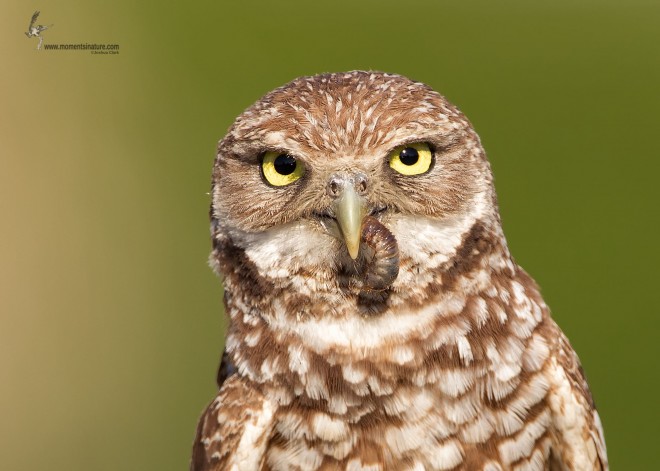 Joshua tells us this owl at Cape Coral, Florida, on the Gulf coast near Fort Myers, had many mouths to feed back in its burrow — five of them, to be precise. 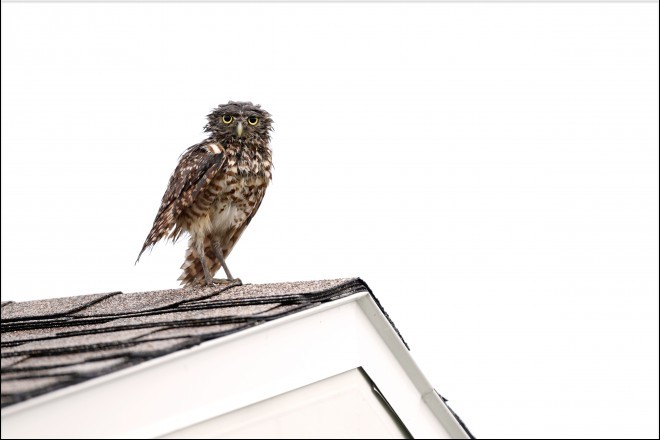 A little rain didn’t stop this Burrowing Owl in Cape Coral from taking a lofty perch — or mlorenz from taking its picture. 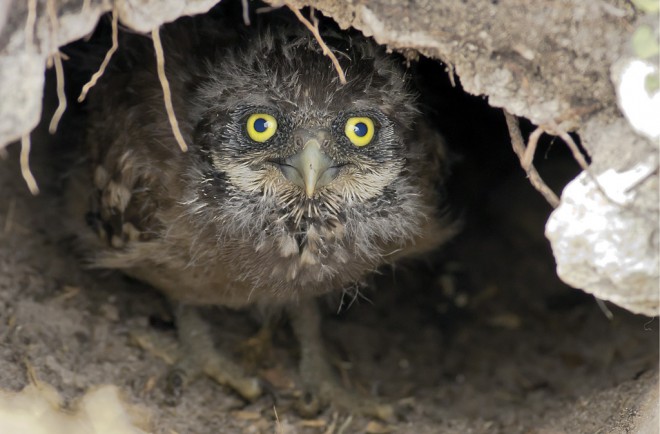 This owlet, photographed by snooked, was in a burrow in Brian Piccolo Park in Cooper City. 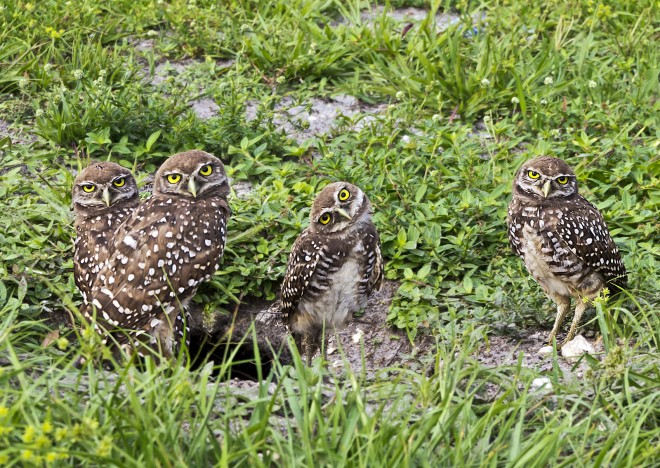 These four owls were keeping watch near a burrow in Brian Piccolo Park. snooked took the picture.

Read why Burrowing Owl hisses like a rattlesnake and decorates its burrows with manure — and why its best hope may be the golf course.

Five ways you can get your photos published with BirdWatching.

Maureen Hills-Urbat of Rockyview County, Alberta, is the winner of our first Backyard and City Birds Photo Contest with this image of squabbling Blue Jays. … END_OF_DOCUMENT_TOKEN_TO_BE_REPLACED