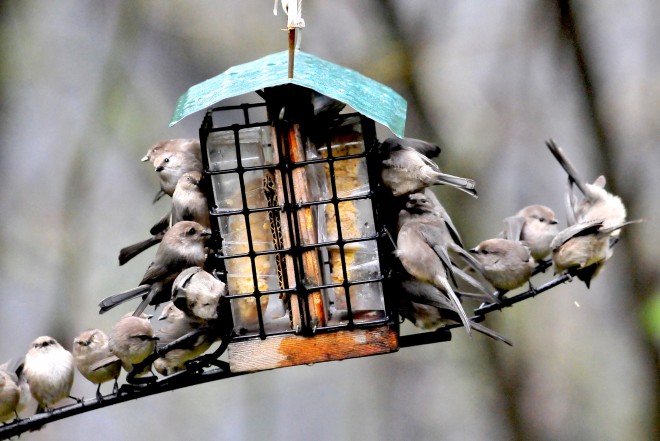 We’re proud to be the only birding magazine in which you can read both David Sibley and Kenn Kaufman in every issue. In “ID Tips” in our December 2015 issue, Kenn described one of North America’s smallest songbirds — the Bushtit. The bird may look plain at first glance, but look again. As Kenn explains in his column, and as you can see in these photos, the species shows a remarkable amount of subtle variation. Evelyn Sherr snapped the photo above in her yard in Corvallis, in coastal Oregon, on Christmas Eve in 2012. The Bushtits were mobbing her suet feeder. 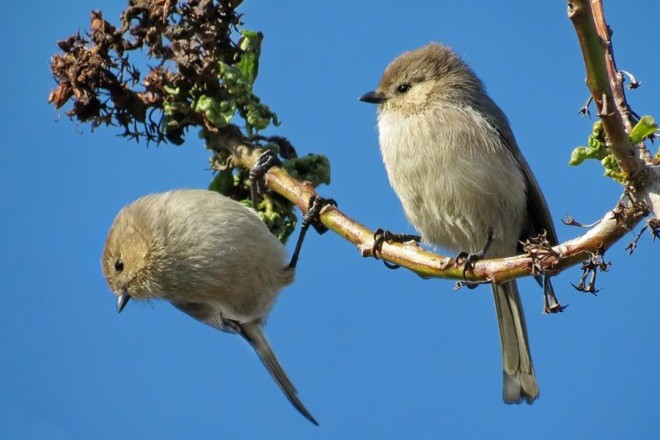 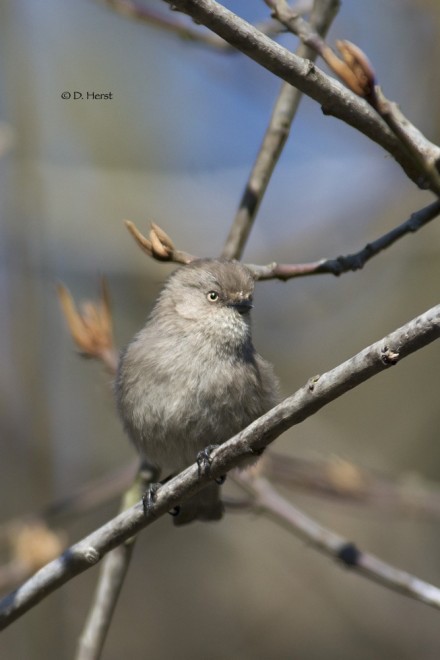 The Bushtit above was in Hastings Park, in Vancouver, British Columbia, on March 9, 2015. The bird’s white eyes tell us that it’s an adult female. As Kenn points out in his column, adult male and all juvenile Bushtits are dark-eyed. westcoastbirder photographed it with a Nikon D7100, a 300mm lens, and 2x teleconverter. 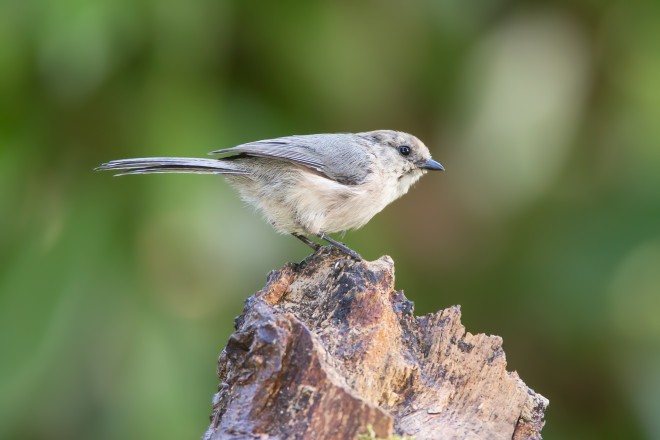 Photographer gscott68 found this Bushtit in Seattle, Washington, in July 2013. 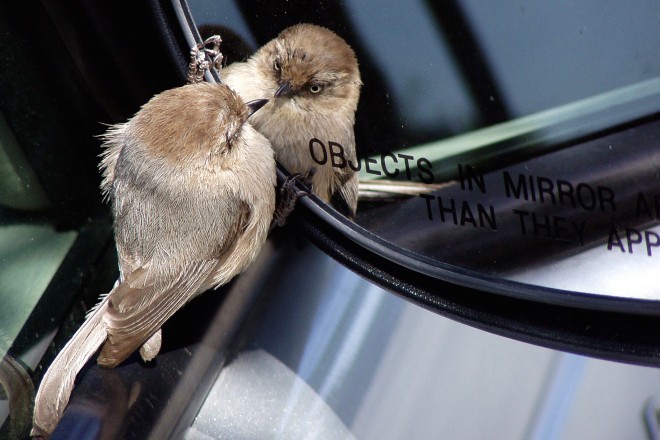 Another female — look at those white eyes! — but this bird interesting for another reason: It has a brown crown that contrasts with its back, which is gray. The color combination is common on Bushtits along the Pacific Slope from British Columbia to Baja. Interior birds are gray on the crown, often contrasting with a browner face patch. Tony Britton took the photo.

Kenn was elected a Fellow of the American Ornithologists’ Union in August 2013. He has been writing for BirdWatching since April 1988. In “ID Tips,” he uses photographs taken by Brian E. Small to explain how to identify North American birds. In three recent issues, Kenn has described how to recognize Vesper Sparrow (October 2015), juvenile songbirds (August 2015), and White-rumped Sandpiper in spring (June 2015).

Articles by and about Kenn Kaufman.

Maureen Hills-Urbat of Rockyview County, Alberta, is the winner of our first Backyard and City Birds Photo Contest with this image of squabbling Blue Jays. … END_OF_DOCUMENT_TOKEN_TO_BE_REPLACED