Become a member and get exclusive access to articles, contests and more!
Start Your Free Trial
BirdWatching  •  Photography  •  Featured Galleries  •  Five photos of Harlequin Duck, and how to identify it
In our November/December 2016 issue, we included maps showing where to find Harlequin Duck. The photos and tips in the gallery below will help you identify it.

Harlequin Ducks along the Oregon coast 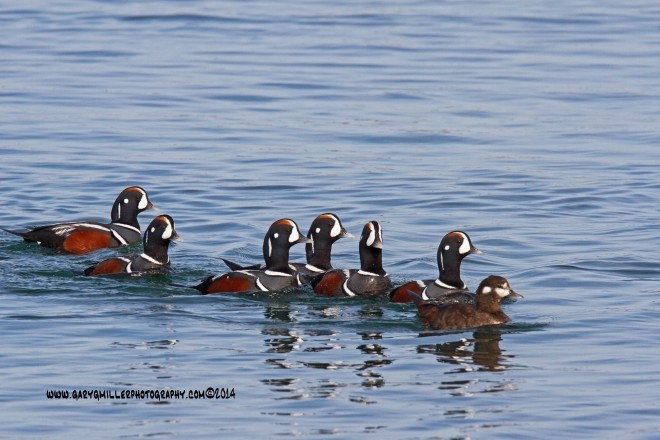 Harlequin Ducks along the Oregon coast by Gary Miller

There’s no mistaking a male Harlequin viewed from close range. But seen from a distance, as above, the same dark blue and brick-red bird can appear mostly black. When it does, it’s best to concentrate on the duck’s small size and unique shape.

Read about Barnegat Lighthouse State Park, New Jersey, Hotspot Near You No. 77.

Maureen Hills-Urbat of Rockyview County, Alberta, is the winner of our first Backyard and City Birds Photo Contest with this image of squabbling Blue Jays. … END_OF_DOCUMENT_TOKEN_TO_BE_REPLACED