Africa is home to seven paradise-flycatcher species — spectacular crested songbirds. Many of the species have mostly rufous plumage, and in several, the males have notably long tails. In this species, which is found around most of the continent, the male’s tail is about 7 inches long (18 cm), approximately as long as his body. I had seen the species earlier at Grootbos, and shortly after I arrived at Sabi Sabi, I spotted this bird in a tree outside the main building at Earth Lodge. An absolute stunner!

Sabi Sabi is home to five vulture species, including White-backed. Despite a broad distribution in Africa, the species is in trouble. It has been listed as Critically Endangered since 2015 due to significant population declines in many countries. I shot this photo at the site of an elephant carcass. Hyenas and a few vultures were working over the dead animal, and at this moment, a hyena nipped at the vulture that is in the air. It landed quickly and resumed feeding. Another White-backed and a Hooded Vulture can be seen on the far side of the elephant. Lazarus and Louis said the elephant, which had been dead for a week, had likely died of old age. 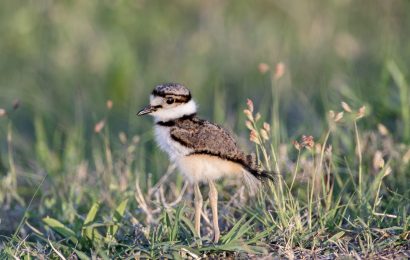 Our selections include a Killdeer chick, a close-up of an Anna’s Hummingbird, and a pair of Rainbow Lorikeets. 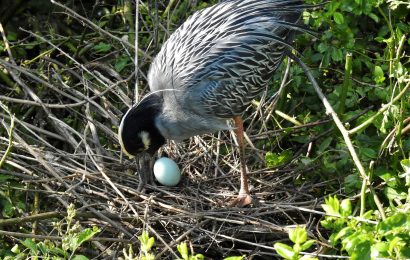 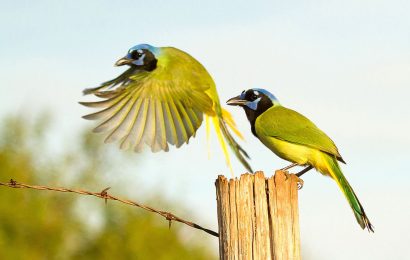