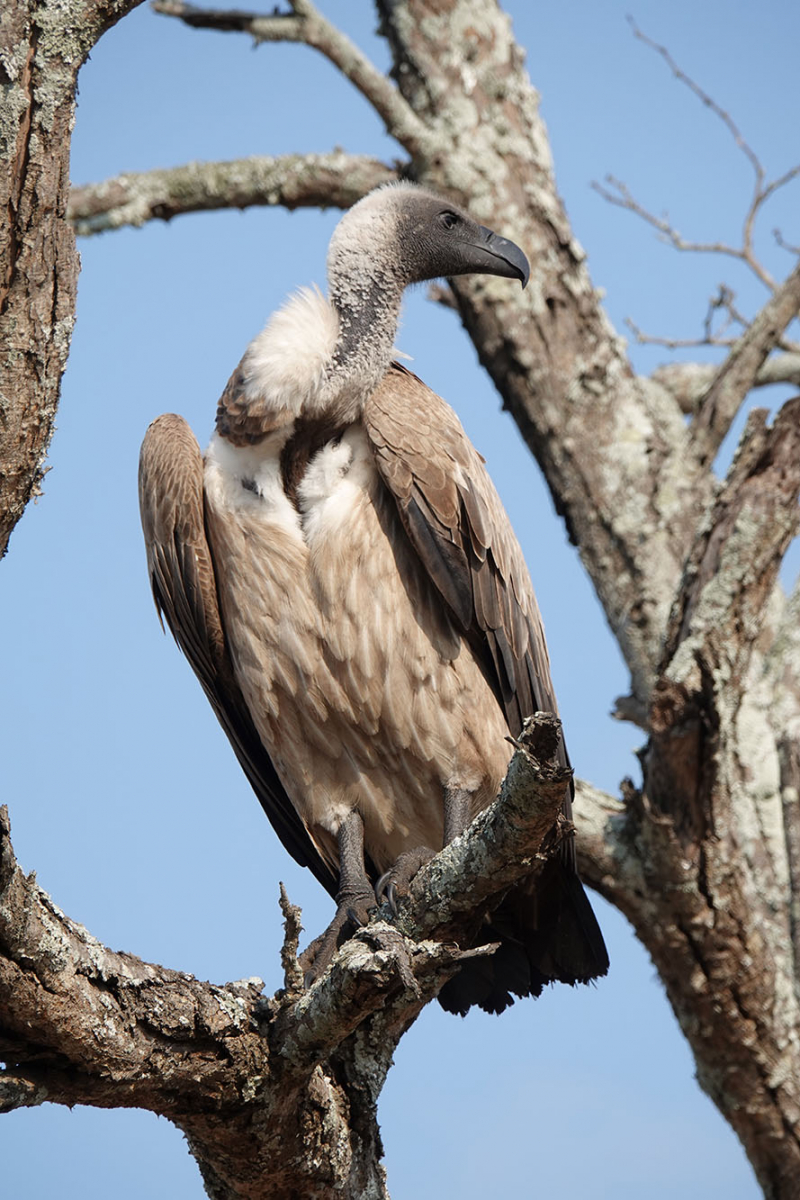 Ranges throughout much of Africa. In South Africa, highest concentration in and around Kruger National Park. Gregarious. Nests in loose colonies. Like other vulture species in Africa and elsewhere, has experienced a severe and rapid decline in the last 10 years. Habitat: Open wooded savanna. Status: Critically endangered. Photo by Matt Mendenhall