In addition to the three winning photos from the 2019 BirdWatching Photography Awards, we’re thrilled to present this gallery of 22 finalists: 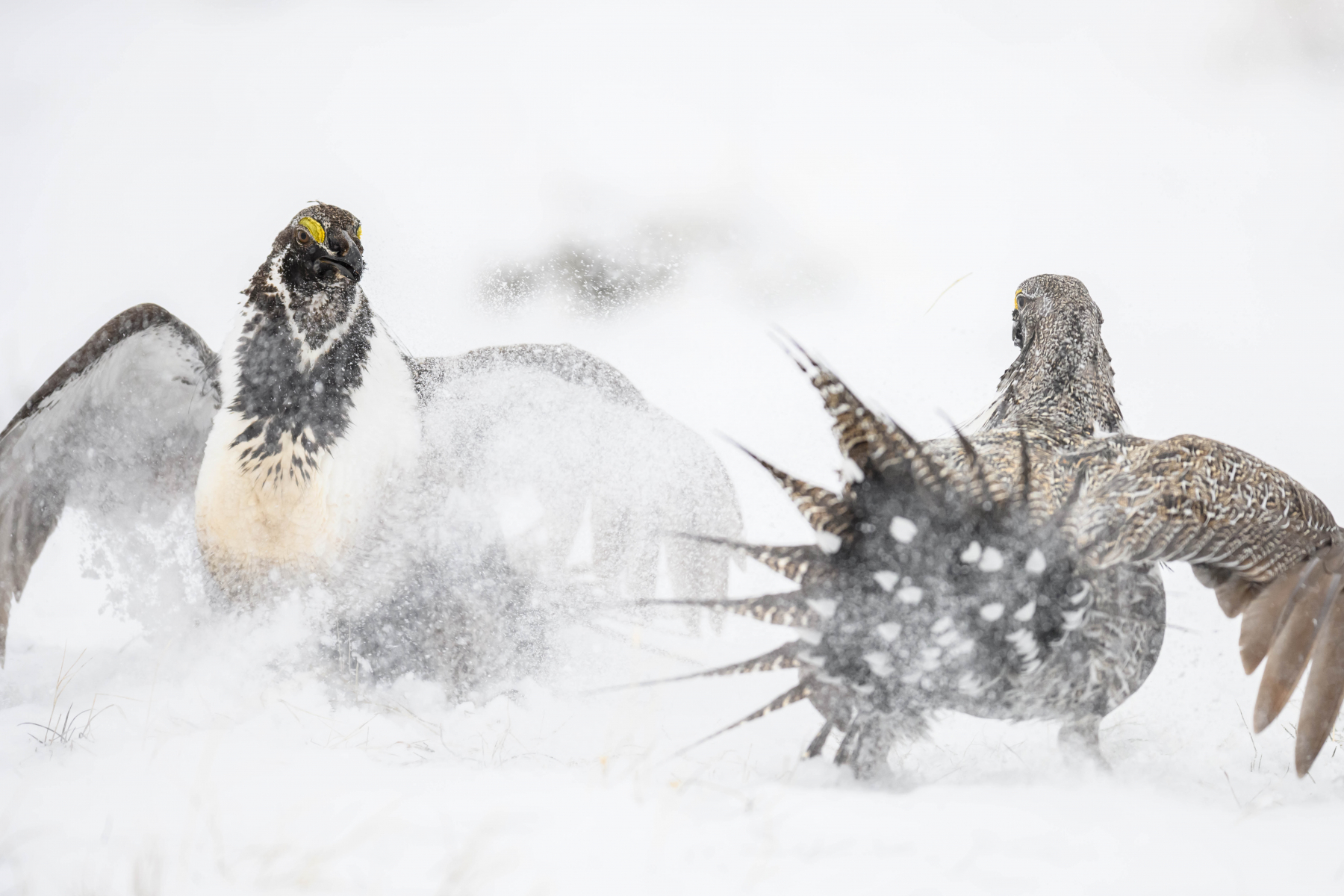 Description: I was in south-central Wyoming in mid-April conducting a raptor nest survey and had a little spare time one evening. I pulled up eBird and checked for nearby Greater Sage-Grouse leks. I found one not far from me and hauled butt over to it. I observed a handful of males displaying on the lek that evening. Looking around, I realized how great of a setup I could have and hatched a plan to come back to the lek the next morning. I awoke the next morning with plenty of time to get to the lek a solid hour before sunrise. I didn’t, however, anticipate Winter Storm Wesley to throw one final punch. There were six inches of snow on the ground and blizzard-like conditions. I’ve driven Interstate 80 in three different blizzards over the years and it is always terrifying.

I made it to the lek about 15 minutes before sunrise, but it still looked like night due to the blizzard-like conditions. Because it was so dark, I wasn’t sure if I was in the right place. I had been listening to “Old Town Road” and although I turned down the music when I rolled down my window, you could hear both the song and the Sage-Grouse calling, creating a rather fun and comical remix that I sent to my friends via Snapchat. Even though it was dark, I had parked exactly where I had wanted. I propped my camera out the window and waited for more light as the blizzard dumped and blew snow into my vehicle. As the morning progressed, the snow fell with less intensity, and I counted approximately 60 Greater Sage-Grouse individuals at one time. I observed many battles between males over the course of the morning, but through most of the morning the action was away from me. Finally, the two males closest to me began to tussle. For several minutes, they repeatedly attacked each other and landed blows. During the fight, I took a series of photos from which “Battle for the North,” my title for the photo, came. Soon after the fight, a Golden Eagle flushed all the birds off the lek.

The title “Battle for the North” is a direct callout to Game of Thrones. The final season of the show was fast approaching when I took this picture and the tail of a male Greater Sage-Grouse during their display perfectly resembles the Iron Throne.