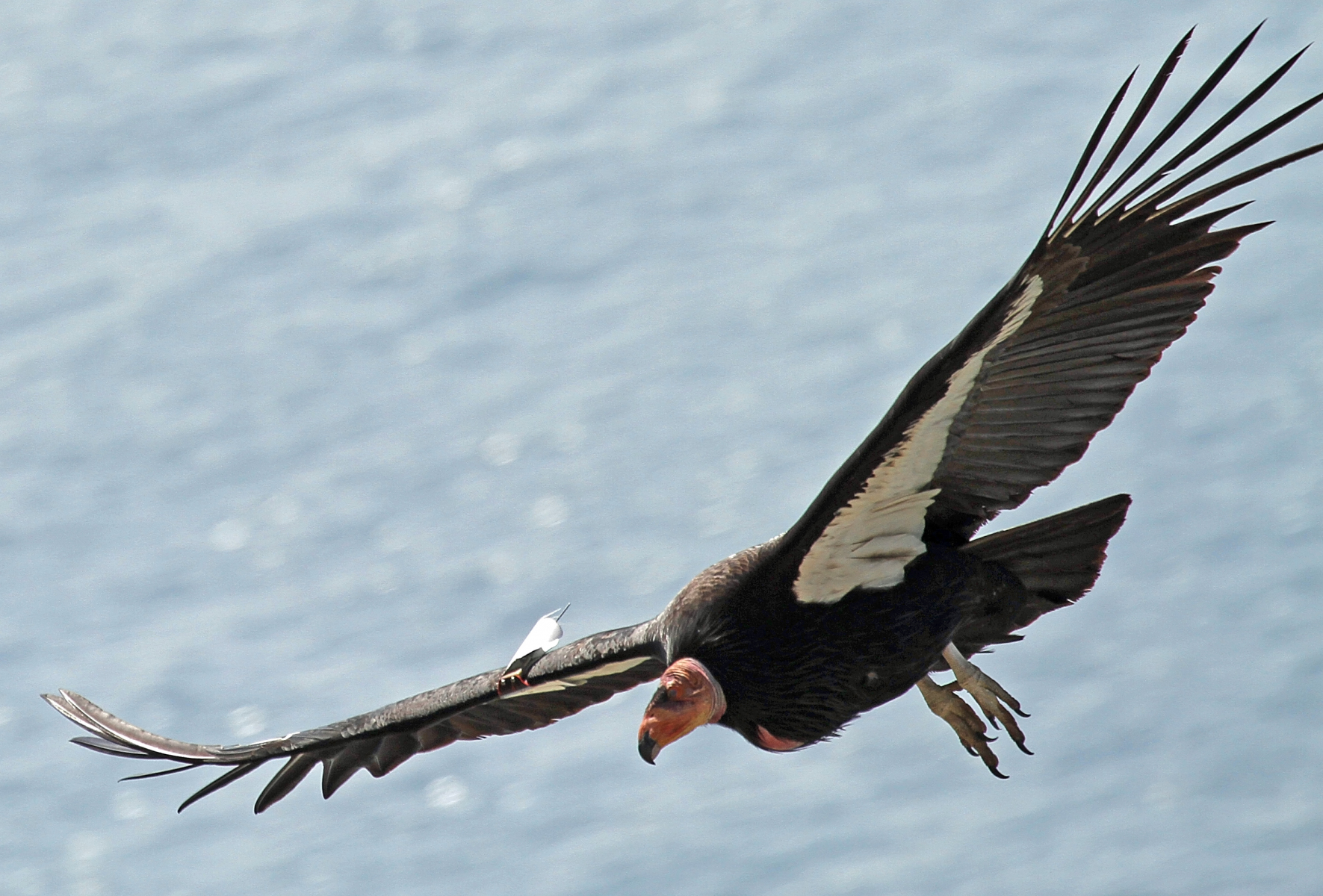 The California Condor declined due to persecution, poisoning (consuming lead fragments from carcasses left behind by hunters, and by consuming poisoned animals), and collisions with power lines," notes the American Bird Conservancy. "In 1987, with just 22 left, the last remaining wild birds were taken into captivity. After five years of intensive captive breeding, reintroductions began at sites in Arizona and California."

In December 2017, the total world condor population stood at 463 birds, up from 446 the year before. The number included 290 in the wild and 173 in captivity. Released birds have been nesting in the wild for several years in California, Arizona/Utah, and Mexico's Baja Peninsula. The 2018 nesting season marked a significant milestone, the U.S. Fish and Wildlife Service said, because 12 pairs nested in the mountains of Ventura, Santa Barbara and Kern counties — the highest number of nests ever recorded in southern California.

“Not only do we have more nests, but they are also spread out across a broader area, indicating that California Condors continue to expand back into parts of their historic range,” wildlife biologist Molly Astell said.

Peter Wraight took the photo above in Big Sur, California.

Readers of BirdWatching in early 2013 voted California Condor the most-wanted bird in the United States and Canada. Here’s what you need to know to add it to your life list.
Originally Published August 30, 2018