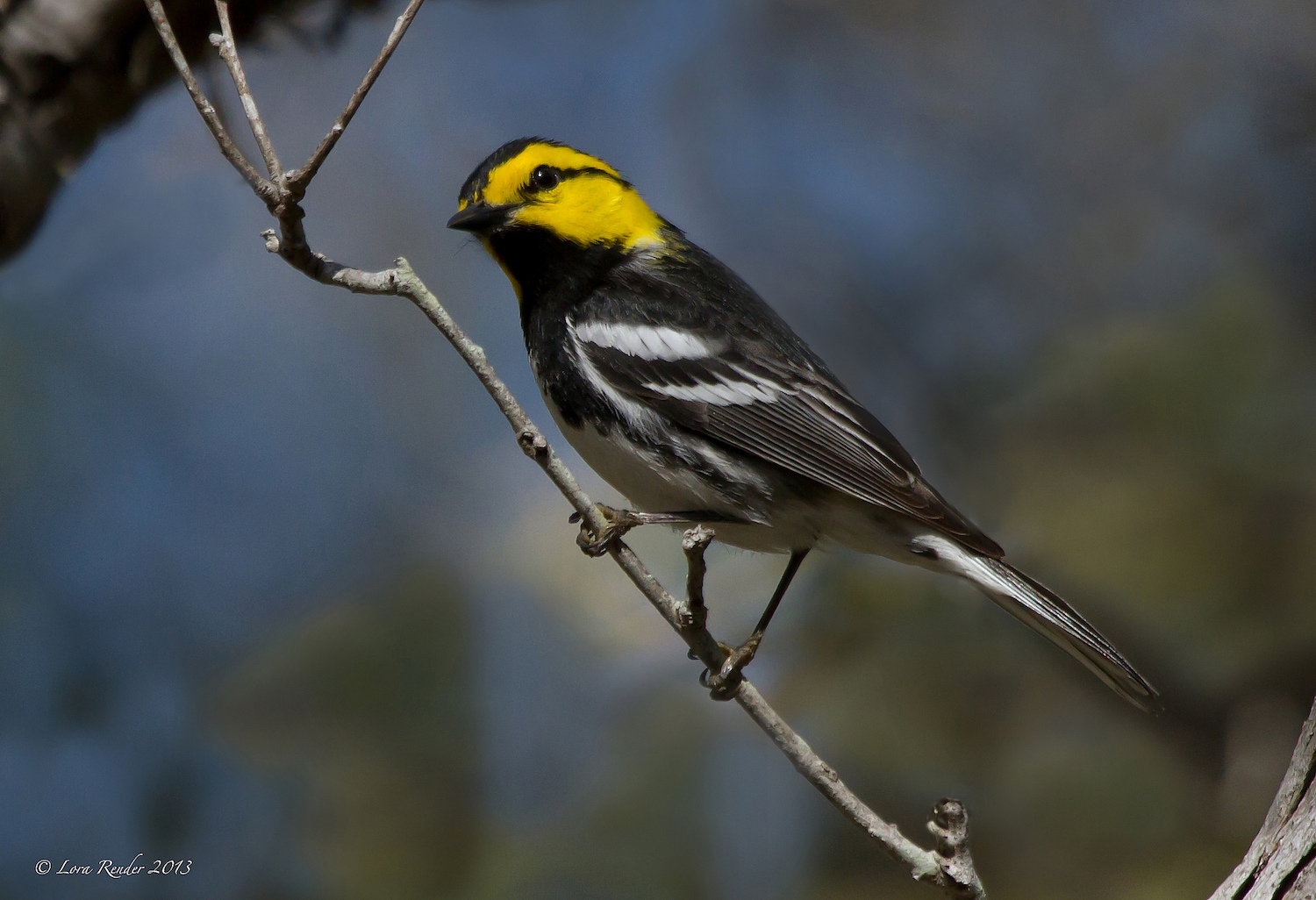 In May 1990, the U.S. Fish and Wildlife Service announced that this handsome songbird was being listed as endangered under an emergency rule. "Ongoing and imminent habitat destruction has been identified, and some of the best Golden-cheeked Warbler habitat has already been lost," the agency wrote.

The most recent population estimate — 21,000 birds — was published in 2004, but in 2012, experts said, "There is no reliable current estimate." The species breeds only in the Edwards Plateau of central Texas and winters in Mexico and Central America. "Habitat restoration and cowbird control have increased some populations, particularly at Fort Hood, but habitat is still under threat elsewhere," the American Bird Conservancy notes.

In 2017, Audubon reported that developers in Texas were trying to get the warbler delisted.