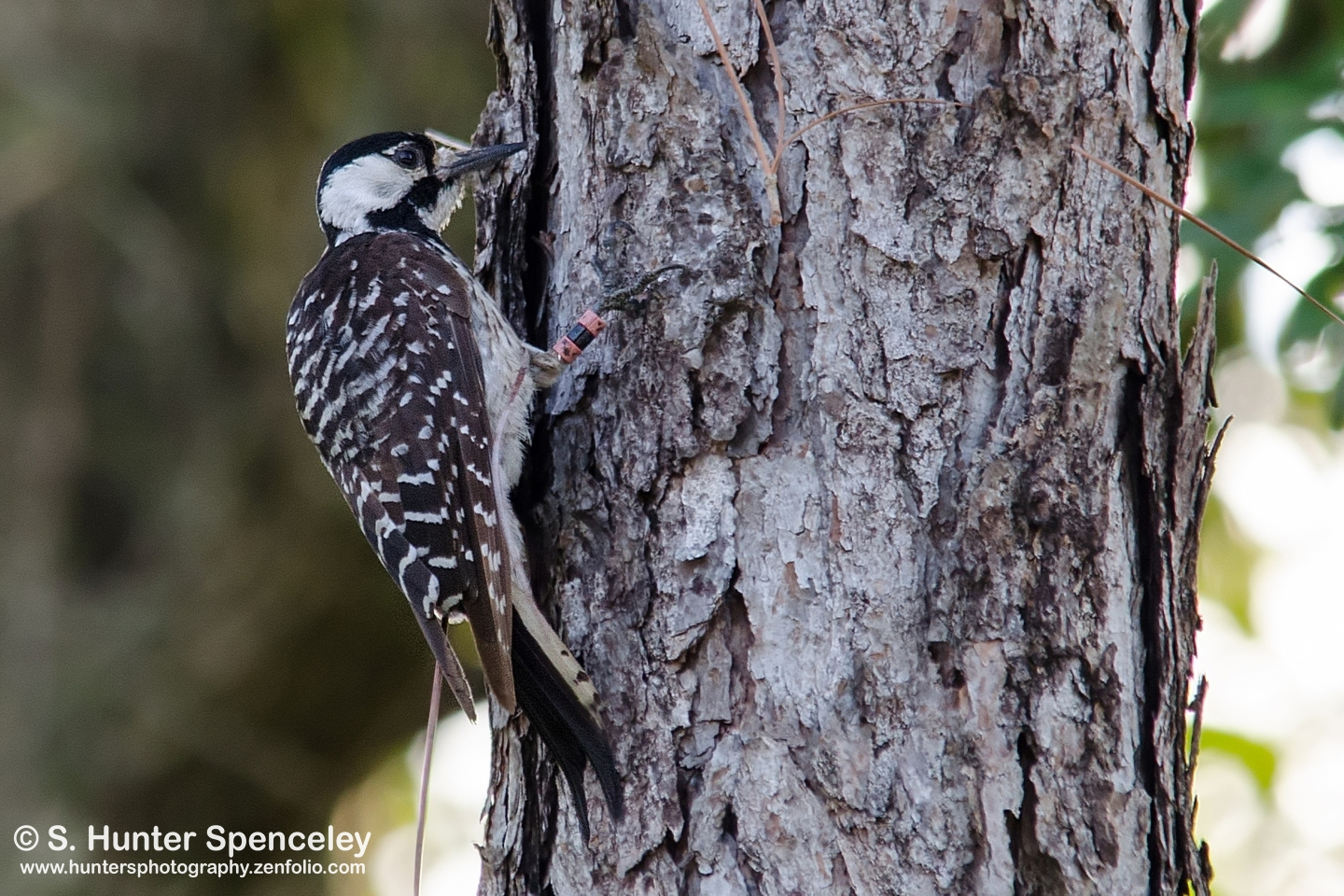 This is a bird of pine forests in the southeastern U.S. It became endangered when mature forests were cut down from the 1800s to the mid-1900s. Even in the late 1900s, the species continued to decline, but since the late 1990s, the population has begun to rise.

The woodpecker utilizes a cooperative breeding style in which groups of the birds remain together year-round in clusters. In 1999, it numbered around 11,000 individuals in about 4,700 groups, and in 2016, the population had risen to around 15,000 birds in 5,627 clusters.

S. Hunter Spenceley took the shot above at Withlacoochee State Forest in Florida. The bird's name refers to a red tufts (cockades) on the side of the male's head; they're seldom seen.
Originally Published August 30, 2018