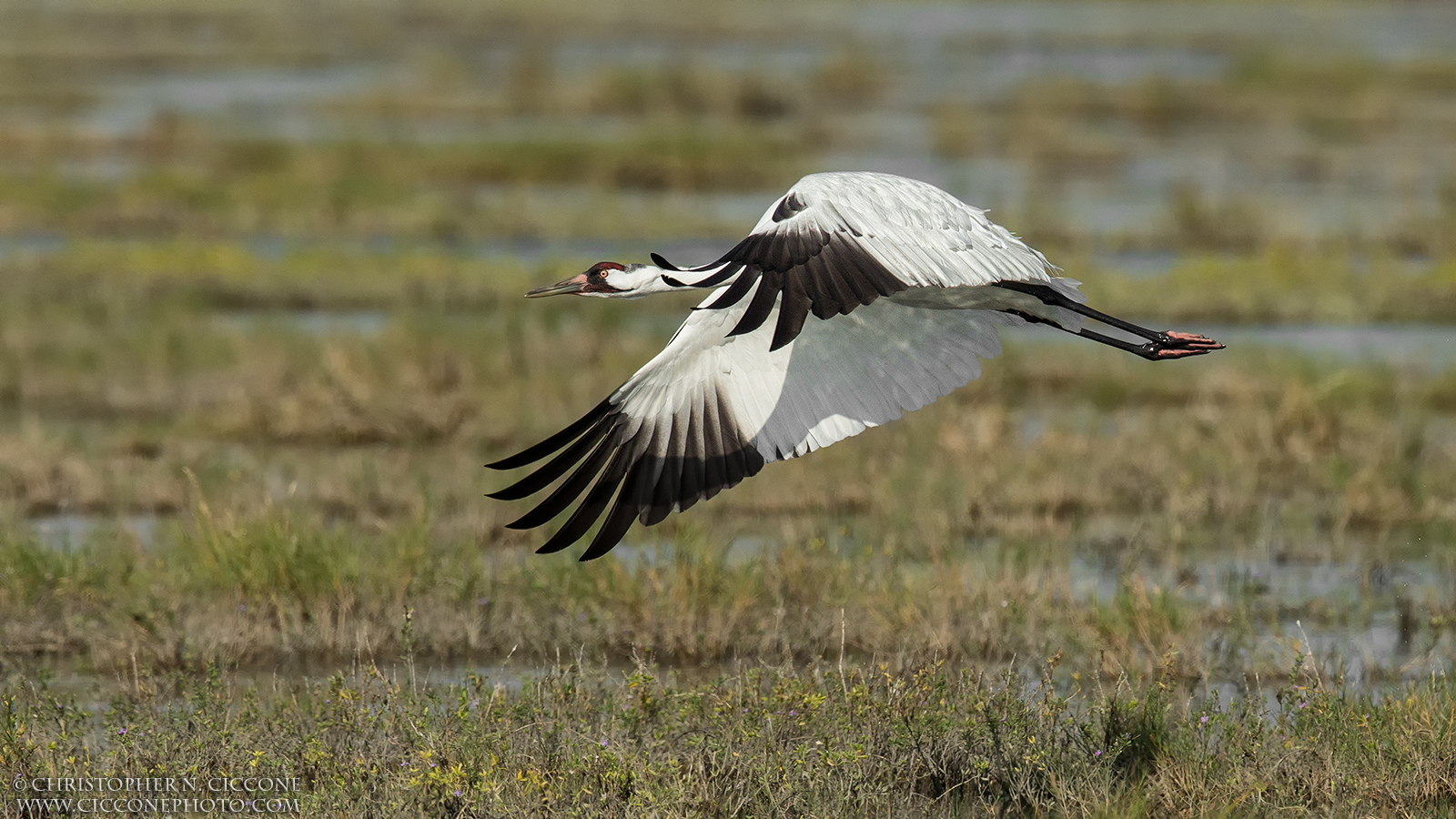 Early in our nation’s history, this wetland bird ranged from central Canada to Mexico and from Utah to the Atlantic coast. Habitat loss and unregulated hunting led to a steady decline. In 1944, the species hit its low point at 23 birds. In 1967, when the first eggs were collected to begin a captive flock, only 45 Whooping Cranes existed.

After decades of active management, the wild population that winters in Texas and breeds in Canada reached 505 in early 2018, up from 431 the winter before. The total population, including captive birds and reintroduced flocks, is now over 800 cranes.

Christopher Ciccone took the photo above at the Whooper’s main wintering site, Aransas National Wildlife Refuge, on the Texas coast.

Readers of BirdWatching in early 2013 voted Whooping Crane the second most-wanted bird in the United States and Canada. Here’s what you need to know to add it to your life list, and here are 10 things you might not know about the species.
Originally Published August 30, 2018