Become a member and get exclusive access to articles, contests and more!
Start Your Free Trial
BirdWatching  •  Betty and Boo 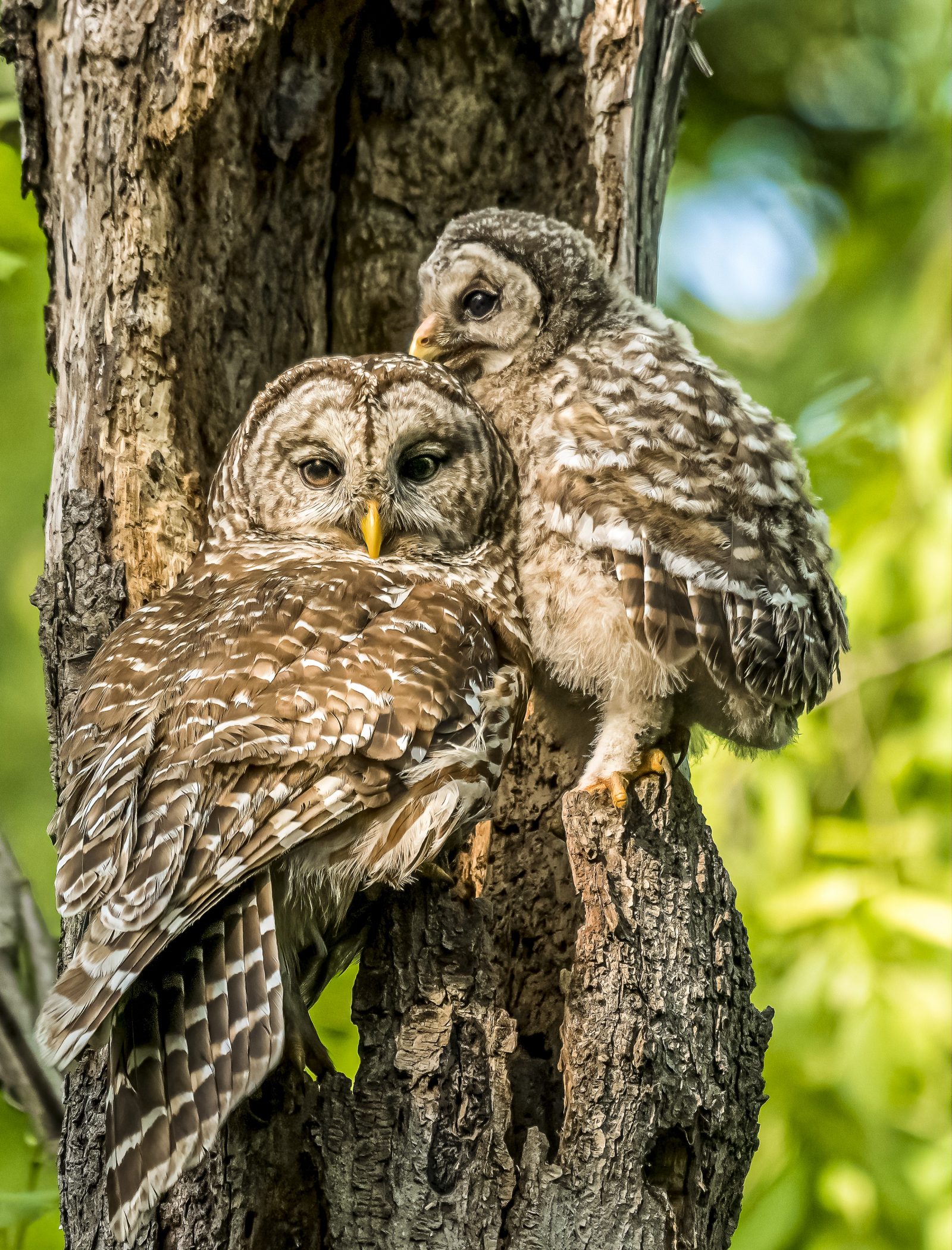 While on one of my frequent walks on the McAlpine Greenway I spied a Barred Owl sitting inside the cavity of a tall mostly dead tree. for the next 6 weeks I spent an average of 3 hours per day watching and photographing the activities of Betty (so named because of her similarity to Betty Boop, Boo (I named the Owlet Boo because of his habit of peeking out of the nest at me) and Fred, the male Owl named after Betty Boop's boyfriend. I followed and photographed this family from Betty sitting on the nest, witnessed the first day of Boo, and witnessed the fledging of Boo and continued over the next 2 weeks as he was cared for by the adults and grew strong enough to fly.