Become a member and get exclusive access to articles, contests and more!
Start Your Free Trial
BirdWatching  •  Skink for Lunch 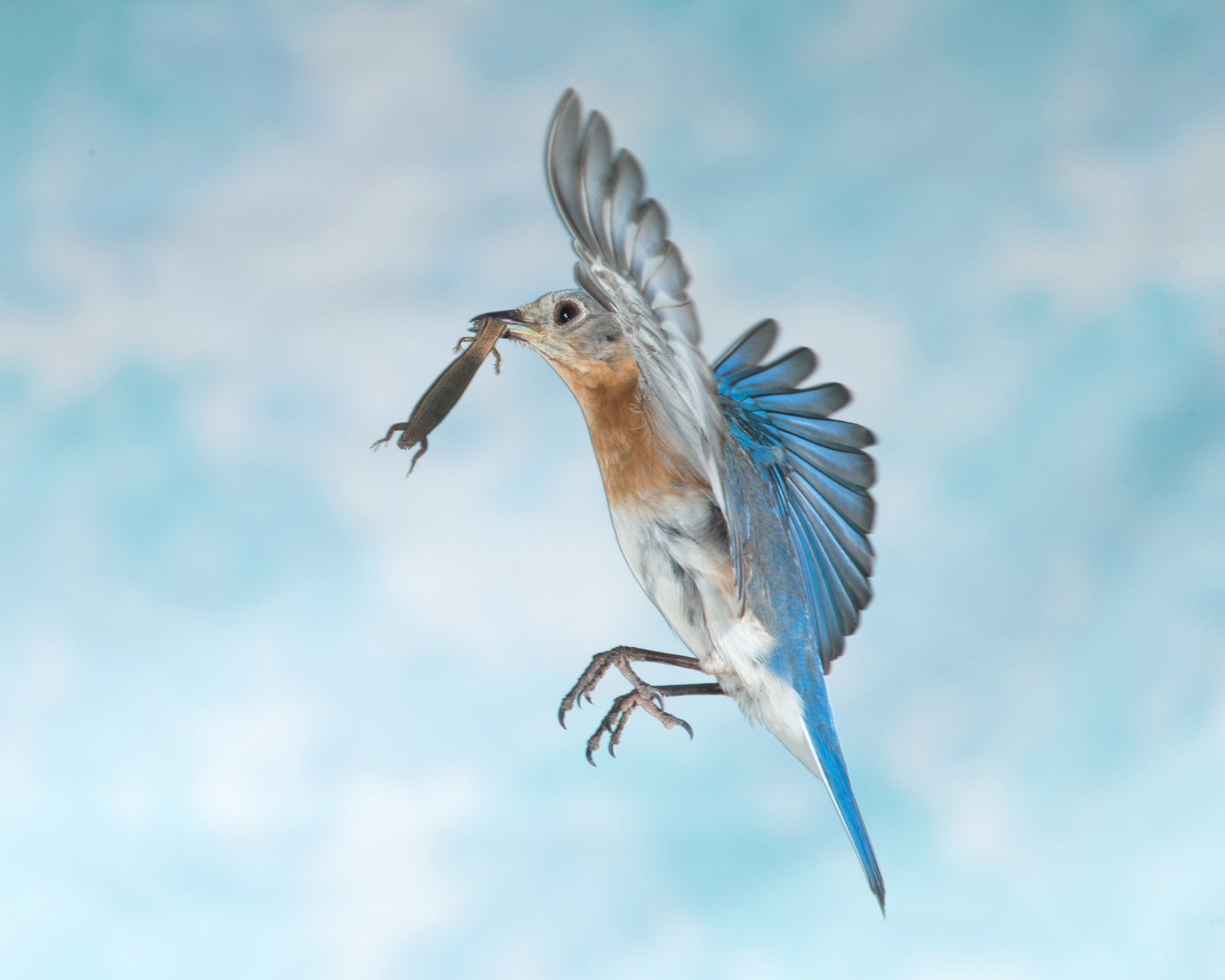 Female Eastern Bluebird bringing in a Five-lined Skink, without its tail, to feed to awaiting chicks in a nest box. The shot was taken as the Bluebird was about 10" from the entry to the nest box. Given that the place on the skink where its tail had been attached appears to be a fresh break, the skink likely lost it in an unsuccessful attempt to evade the Bluebird.