Become a member and get exclusive access to articles, contests and more!
Start Your Free Trial
BirdWatching  •  Aerial Dispute 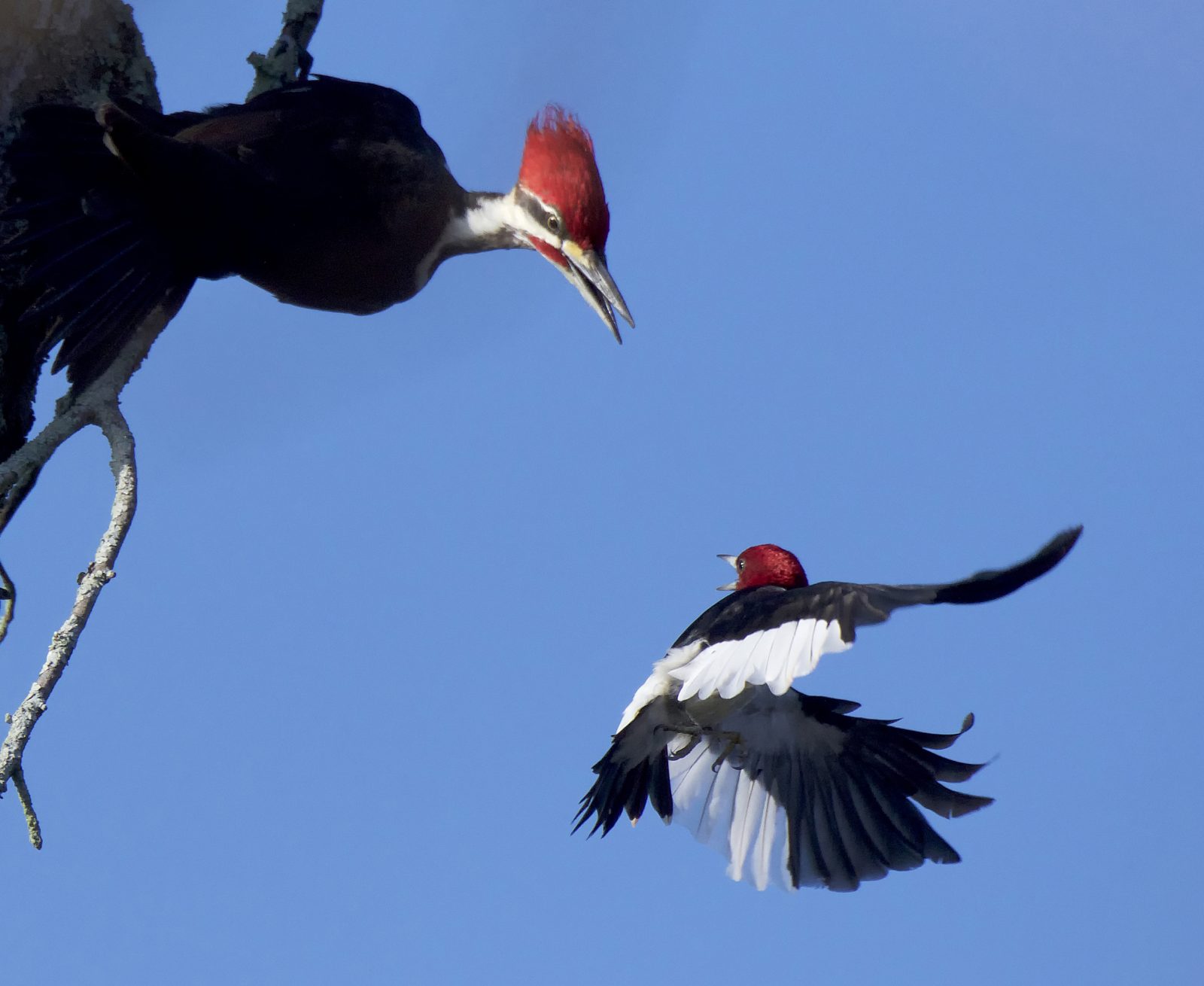 At a local wetland, I have photographed redheaded woodpeckers nesting in an area near the brick ponds. I was photographing one of these digging insect larvae out of a dead tree and flying to another tree to eat them. While it was away, this pileated woodpecker horned in on its tree. About 3 seconds later, the redheaded woodpecker flew back to the original tree and an aerial battle ensued, with screeching, intimidation, claws out, beaks used like swords, all with good light and position. After two or three minutes, the pileated flew off, defeated, and the redheaded woodpecker reclaimed his tree. Neither bird was harmed. The event brought to mind Snoopy and the Red Baron. I'll never forget it.