Become a member and get exclusive access to articles, contests and more!
Start Your Free Trial
BirdWatching  •  A Mother’s Work 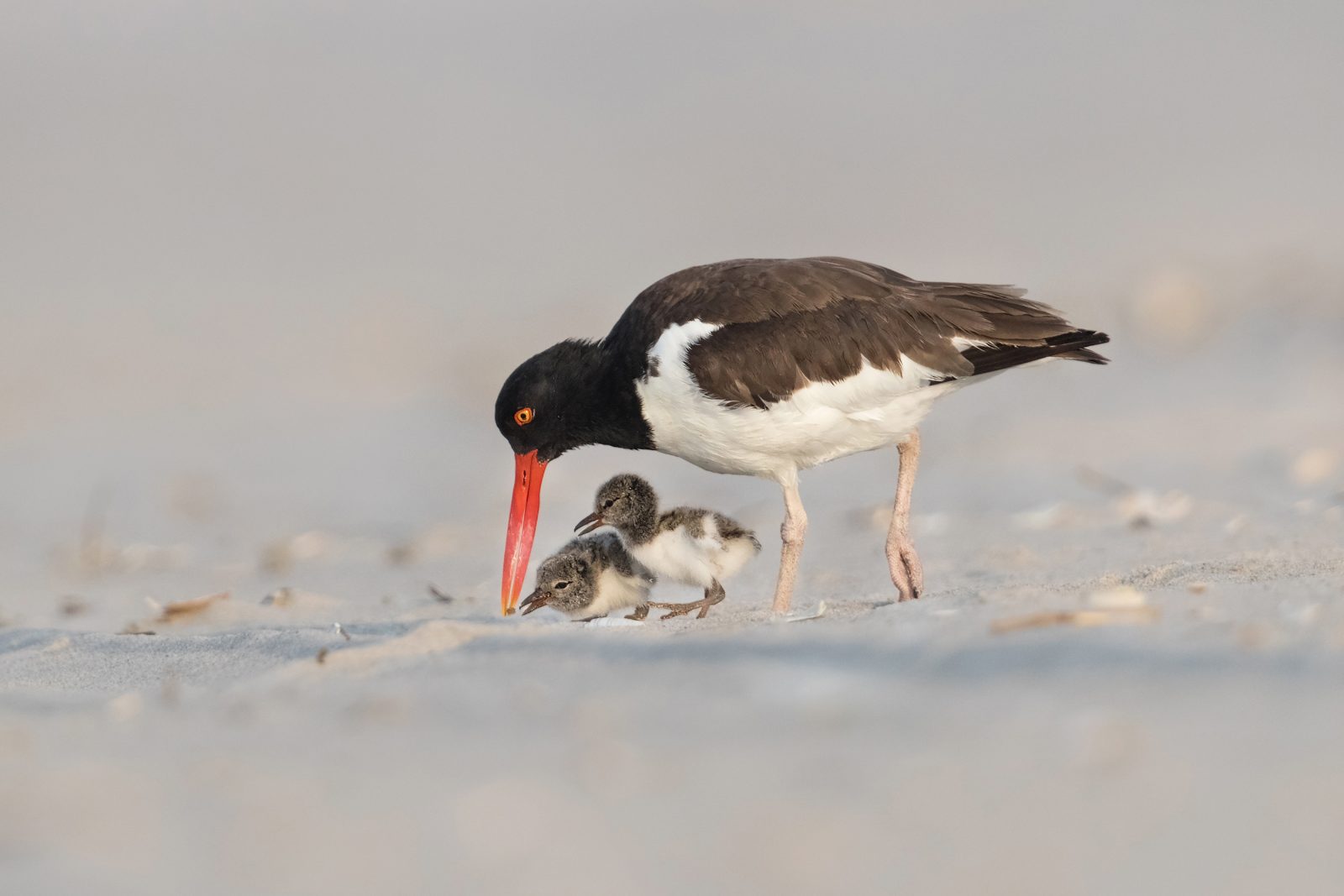 One June Friday morning I woke at dawn to rain in the forecast. It would have felt so good to roll over and go back to sleep. I was leaving the coast that day, so peeked outside. A break in the clouds revealed a beautiful blanket of stars and that was the boost I needed. Thirty minutes later I arrived to an empty parking lot at Nickerson Beach. The evening before I had located a family of young American Oystercatchers. That morning I went to the same spot to find them still around but on alert. I moved away, crouched and waited. The sun was behind clouds for over an hour as I slowly crept closer to the family. Then the magic happened. As the sun broke free from its barrier this family of four began to forage closer and closer to where I sat, at one point coming within ten feet of me. In this frame the mother has been scrambling to find food to feed for her fast-growing youngsters. A mother’s work is never done.