Become a member and get exclusive access to articles, contests and more!
Start Your Free Trial
BirdWatching  •  Victorious Bald Eagle 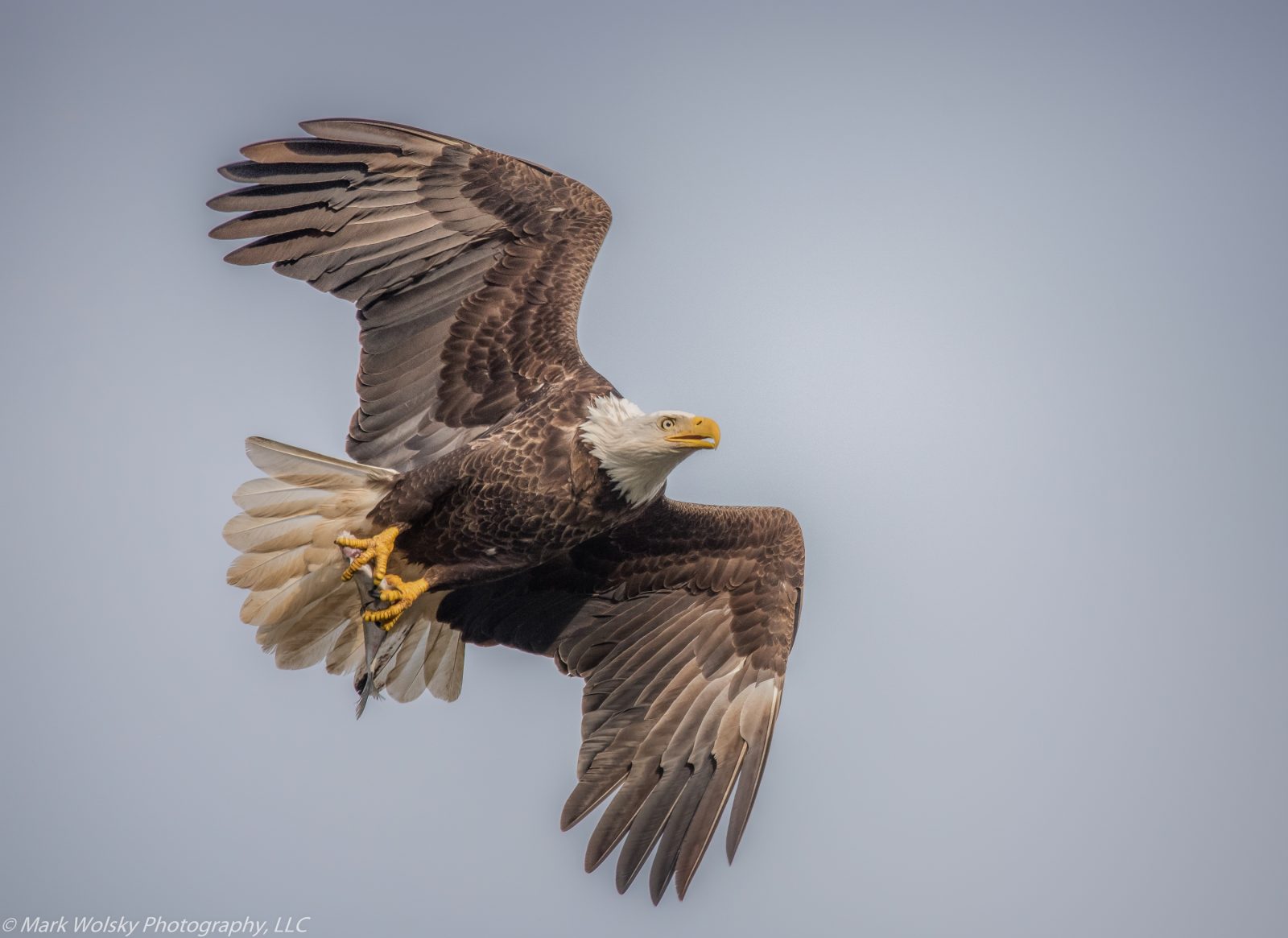 It said that a bald eagle catches a fish only one in fifteen attempts. This was a successful attempt. I consider a photograph successful when it captures a perspective on a subject that is unique or that I haven’t seen before. In this case, a bald eagle caught a fish and, in the ensuing chase where another eagle sought to liberate the captor’s meal, the victorious eagle engaged in an aerial flight display which exposed its underbelly and beautiful layered wing anatomy.