Become a member and get exclusive access to articles, contests and more!
Start Your Free Trial
BirdWatching  •  finalists  •  Savannah in Red 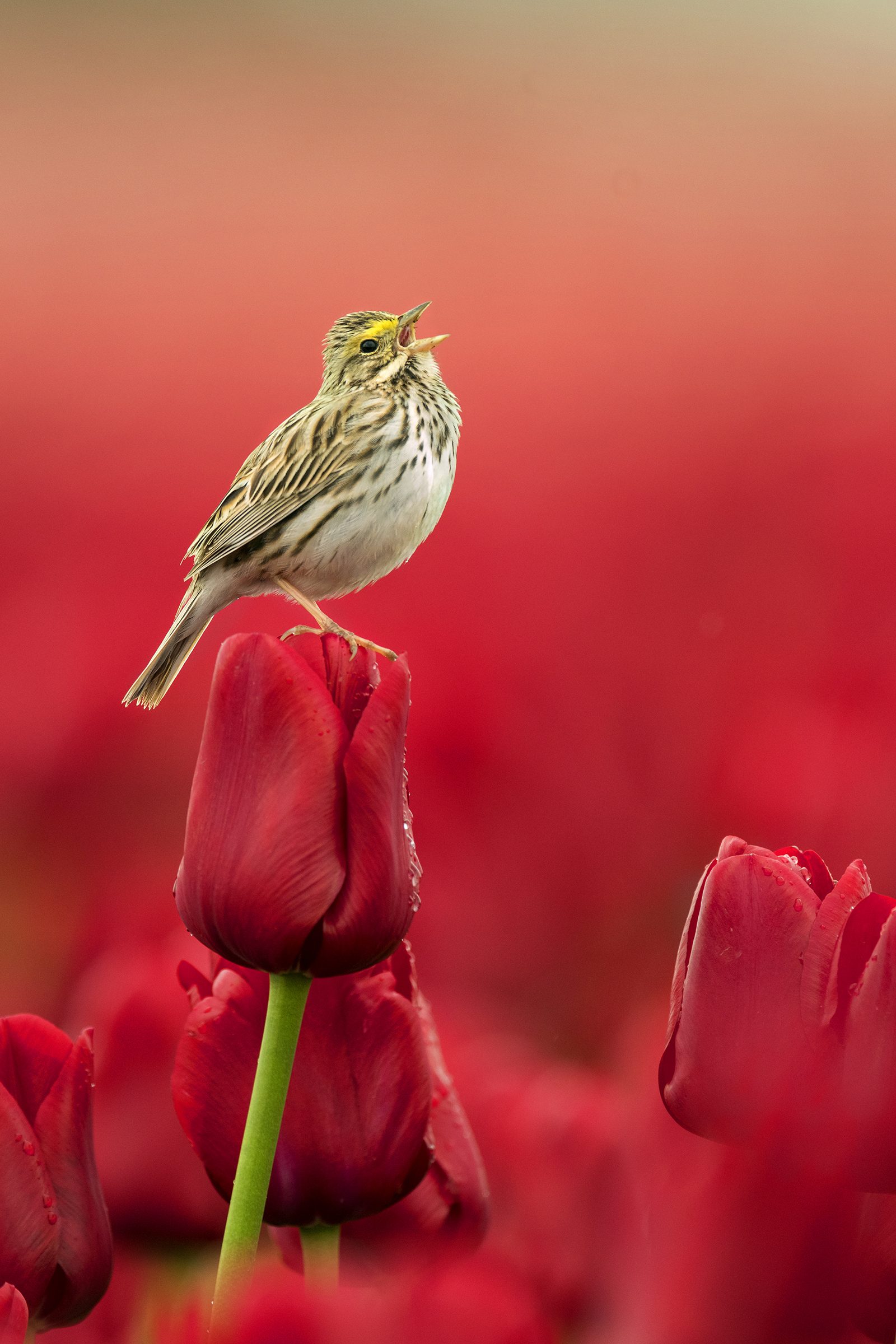 On my first visit to the tulip fields I came armed with my tripod and a selection of wide angle lenses prepared for a typical landscape shoot. While walking in a field I saw a Savannah Sparrow perched on top of a flower calling out to proclaim his territory. I suddenly realized that a very different, but potentially very special, shot might be possible. The next week I returned with my 600mm lens and began to study the sparrow. He usually became active by midmorning and would follow a fairly regular circuit around his territory. Over time I identified his preferred flowers -- they were usually the tallest tulips in the area to maximize the effect of his song. Each bird stayed in his territory so he could provide only one hue of background. I moved from one field to the next to study a new bird and a new tulip color. This fellow offered "Savannah in Red." Other sparrows offered Savannah in...pink, purple, yellow, and orange. I came looking for distant landscapes but in the end came away with a fanciful, magical perhaps, Technicolor birdscape unlike anything I ever could have imagined.