Become a member and get exclusive access to articles, contests and more!
Start Your Free Trial
BirdWatching  •  And then there were 4 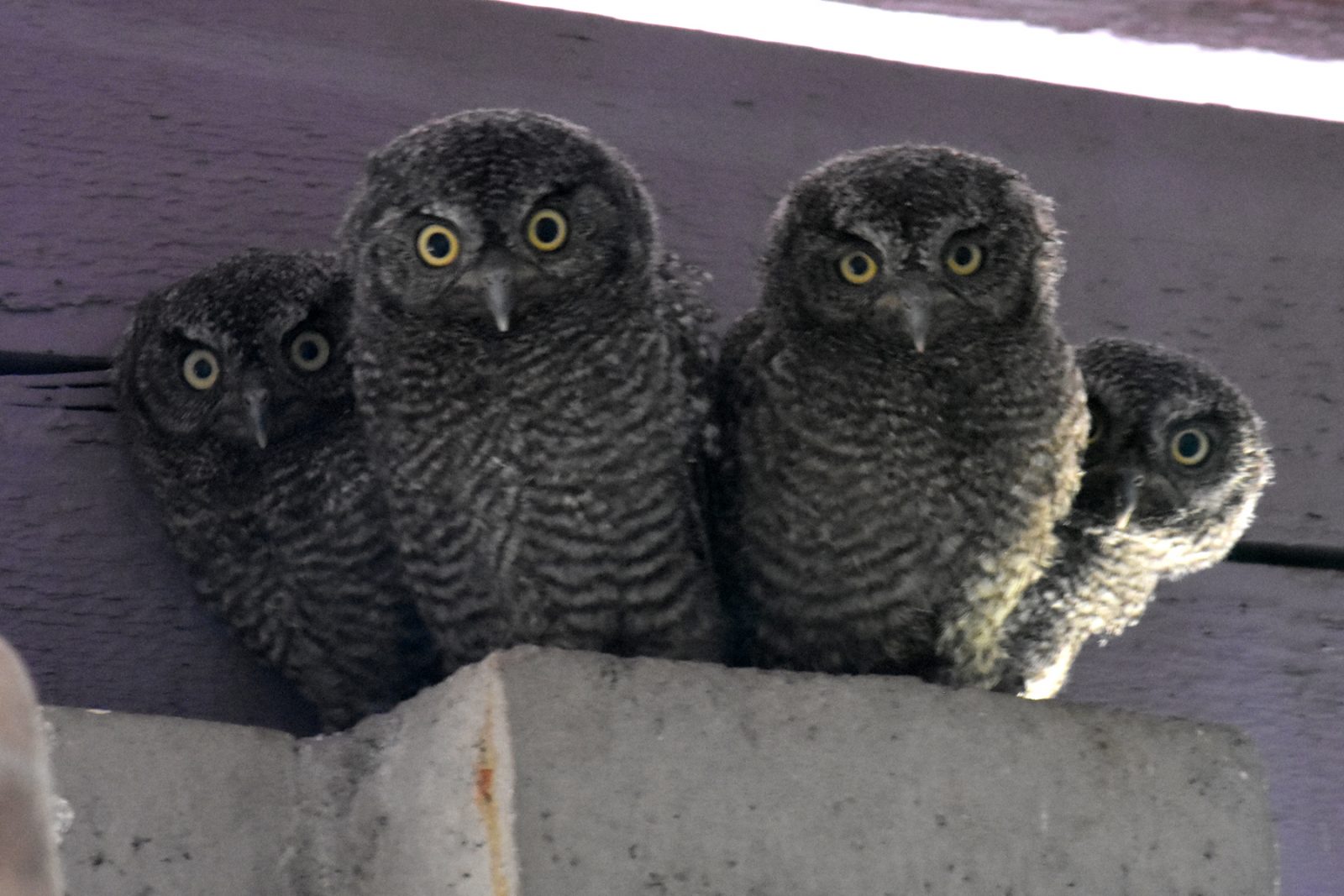 After the first Western Screech Owl emerged from the nest/pillar, I checked periodically for more and the next day there were two. Later on the second day, a third emerged and early the next day, a fourth showed on the pillar, making this year a bumper crop for the Screech Owls!