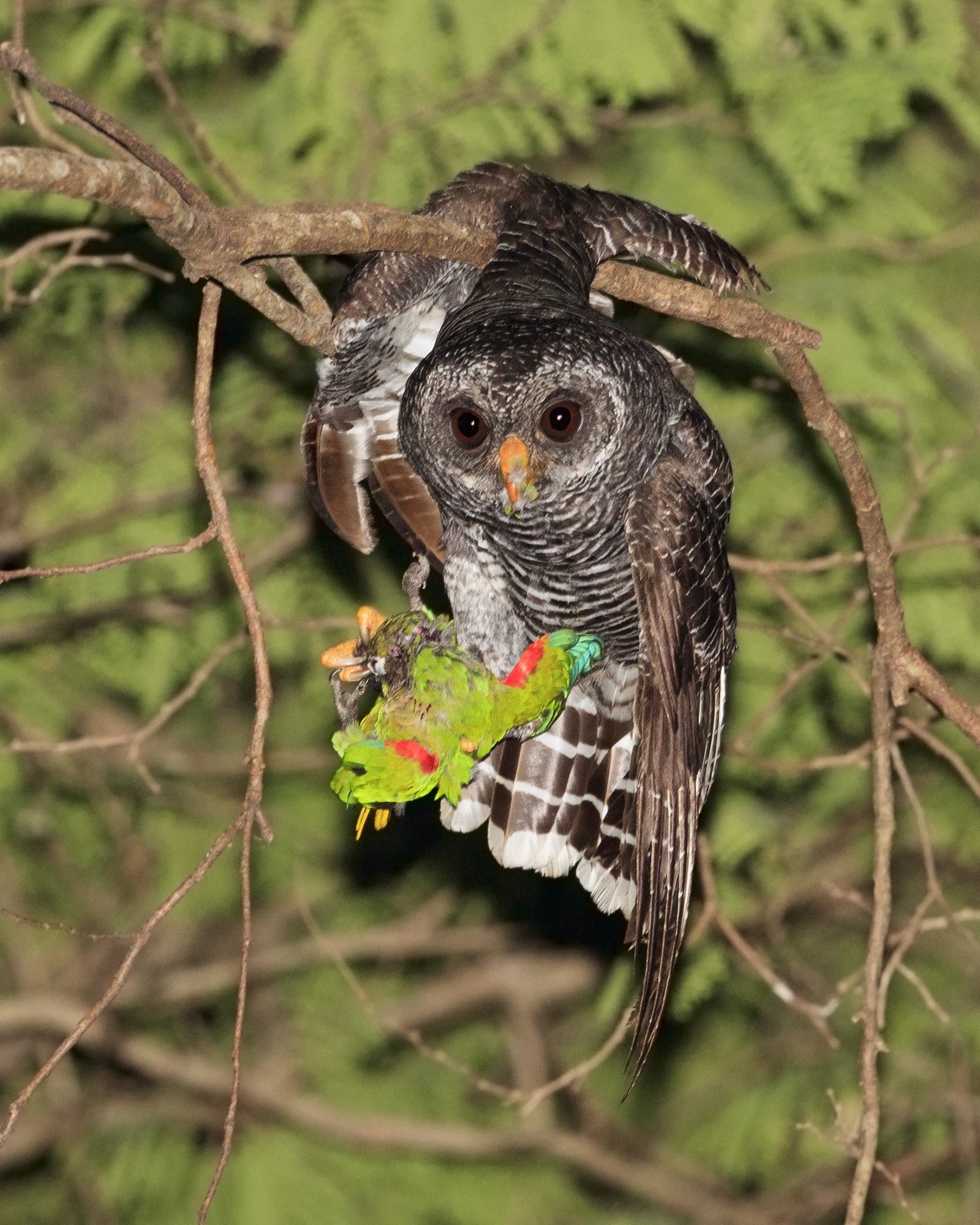 After hearing a rustling in the trees at night, I was able to capture this Black-Banded Owl eating a Blaze-Winged Parakeet that it had just captured. The amazing part of the image was not only to capture Owl with the Parakeet but also to see the amazing behavior of the owl using its wing to support itself on the branch, so it could use both talons to pull apart the parakeet. This is the first time this behavior has been documented. Only a few photos were taken so the Owl as left undisturbed.