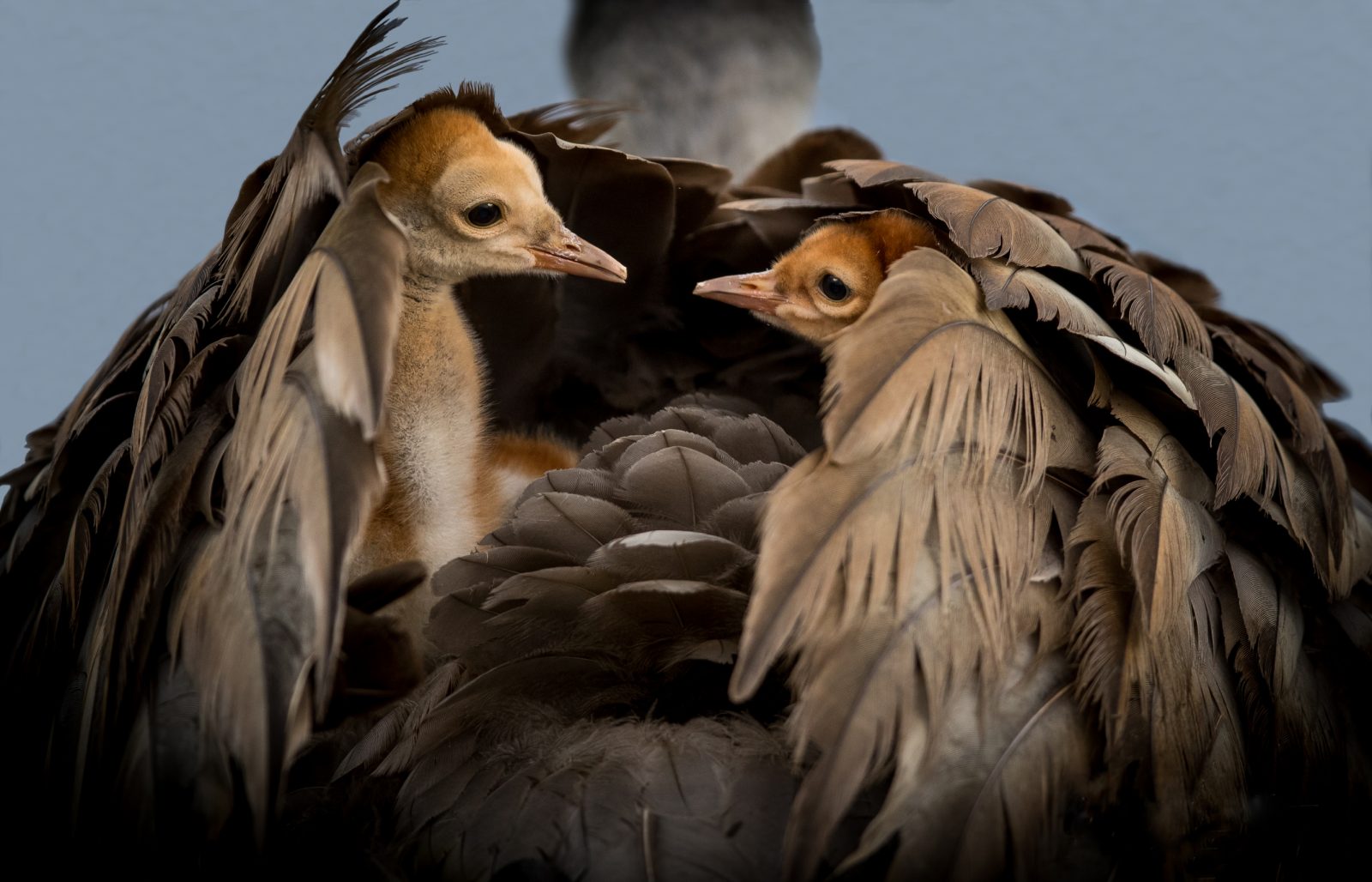 Sandhill Crane Colts on moms back

“Sandhill Crane colts are one of my favorites to photograph because when hatched they are fully downed and in hours are ready to go. Within eight hours they can leave the nest by walking or swimming.

Their behavior as siblings show the wonders of discovery and rivalry! With these particular colts, the eldest continued to remind his younger brother that he was superior and in charge!

As I watched and photographed the pair, I noticed the younger colt,(tired of being bullied) retreat by climbing up on mom’s back, disappearing under all the feathers.

It wasn’t long before the elder brother noticed his absence and started looking for him. His search ended as he too climbed up on mother’s back, disappearing under the feathers. I watched and waited…. and like an answer to prayer, the mother gently and slowly spread open her wings, revealing the two colts looking straight at each other.

As the colts again began to play, mom accommodated them even more by opening her wings yet further. It then was more like a little bedroom complete with a feather bed and walls of mother’s strong, beautiful wings keeping them safe.

I couldn’t have asked for or imagined a more beautiful scene to photograph. I treasure the experience and photos as the amazing gifts they are.” 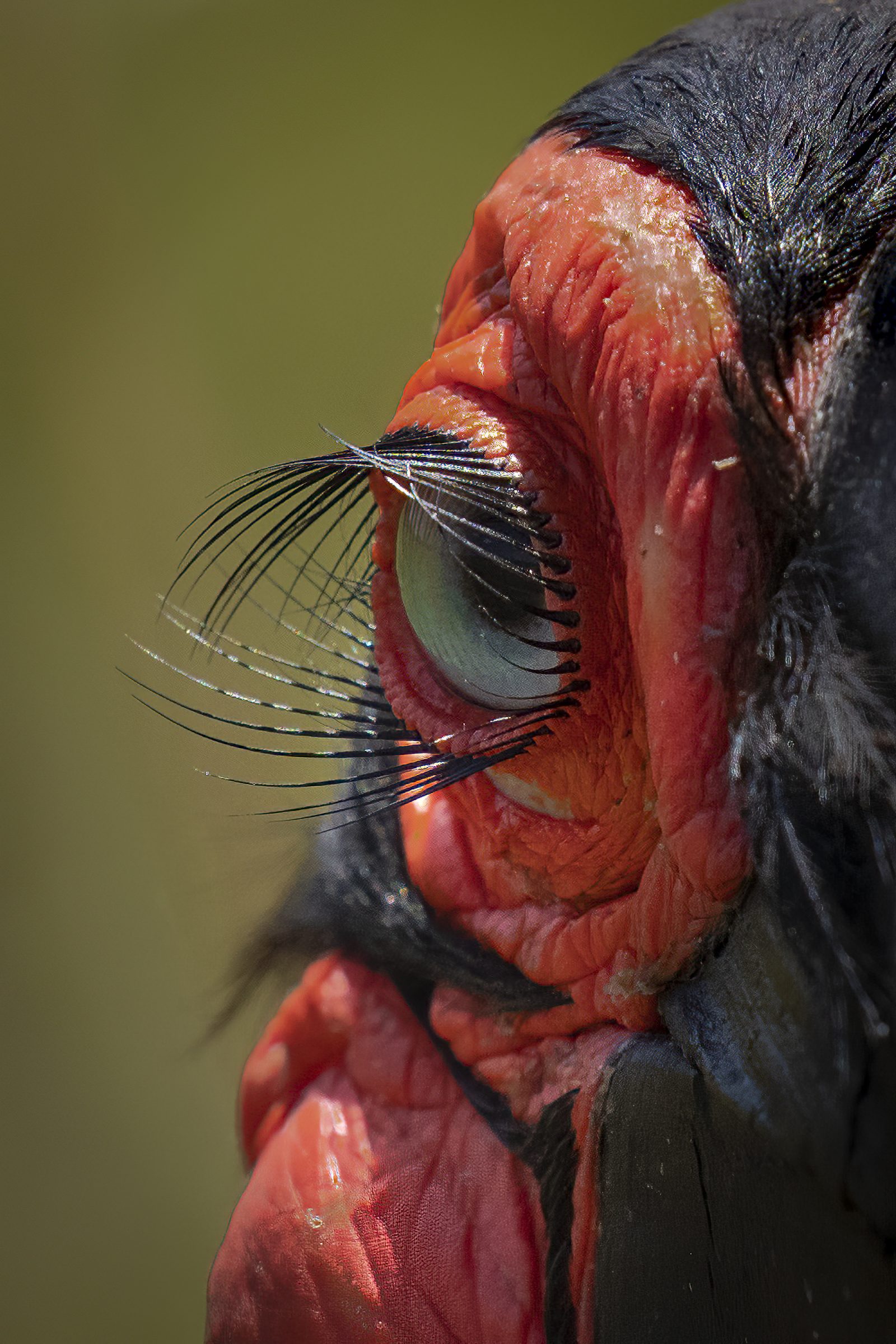 “I was shooting a pair of Southern Ground Hornbills feed when one of them surprisingly started to approach my vehicle, which is pretty unusual for these rather shy birds.  This one hornbill looked up at me for brief moment and I snapped the shot.” 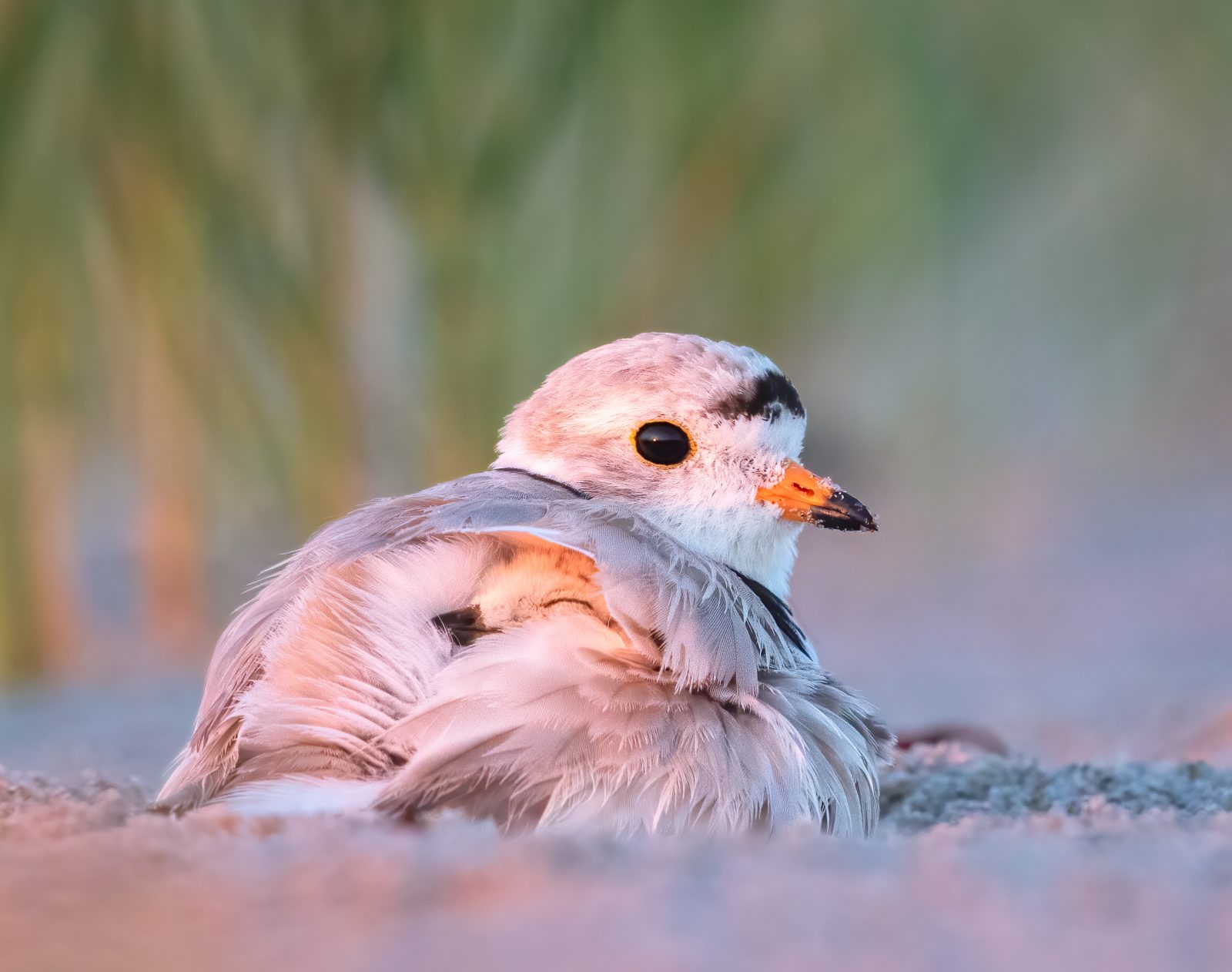 “On the beach before sunrise, I was walking along looking for Terns and Piping Plovers when I spied this parent Plover nestled in the sand. Laying down, I slowly crawled towards the bird (keeping outside the roped-off area) until I got reasonably close. At first, I didn’t notice the tiny chick nestled under the parent’s wings. When it caught my attention, I moved a little bit and was able to capture both the parent and the sleepy little baby. In their first week, baby Plovers are unable to regulate their body temperature and are brooded by either parent in order to survive.”

HAVE QUESTIONS? GET IN TOUCH!
For questions about our contests, email [email protected]