Become a member and get exclusive access to articles, contests and more!
Start Your Free Trial
BirdWatching  •  Bit Off More Than He Can Chew??? 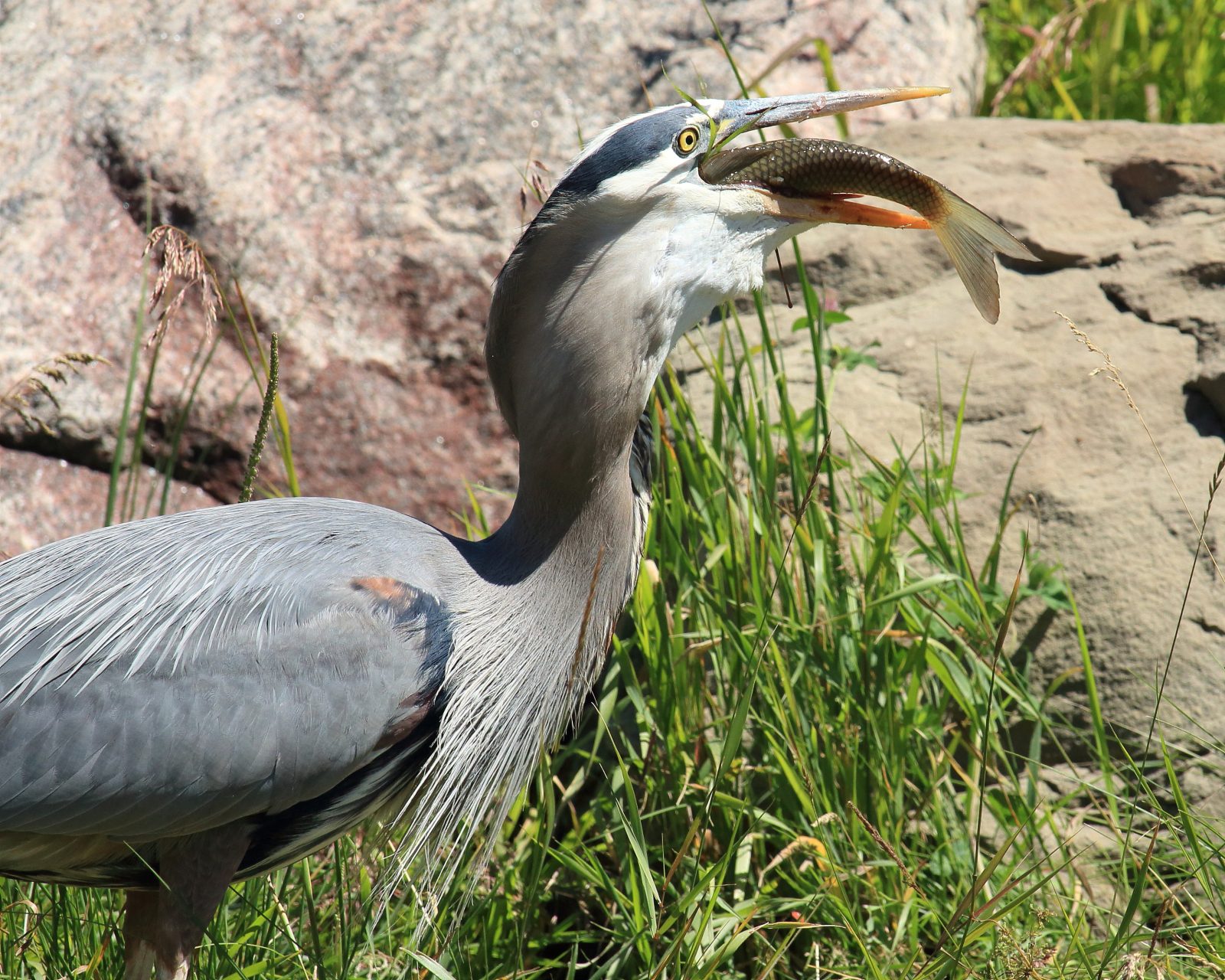 This heron came to this particular spot on Nose Creek in Airdrie, AB every day for three weeks. It was clearly his favorite fishing hole, and he was very successful. I watched this bird catch three fish and perform an elaborate grooming routine after each meal before setting up to hunt again. Then, he speared this large sucker. The fish was longer than the bird's neck! How on earth was he going to swallow that? Could he even swallow it, or had he bit off more than he could chew? I watched the heron carry his catch to the shore, lay it out on the grass, spear it over and over again. Once the fish was good and dead, the heron picked it up, carefully washed it off in the creek, laid the fish the back on the ground with the head facing him, then scooped the fish up in his bill and down it went in one smooth motion. Easy Peasy!