Become a member and get exclusive access to articles, contests and more!
Start Your Free Trial
BirdWatching  •  The Nuisance 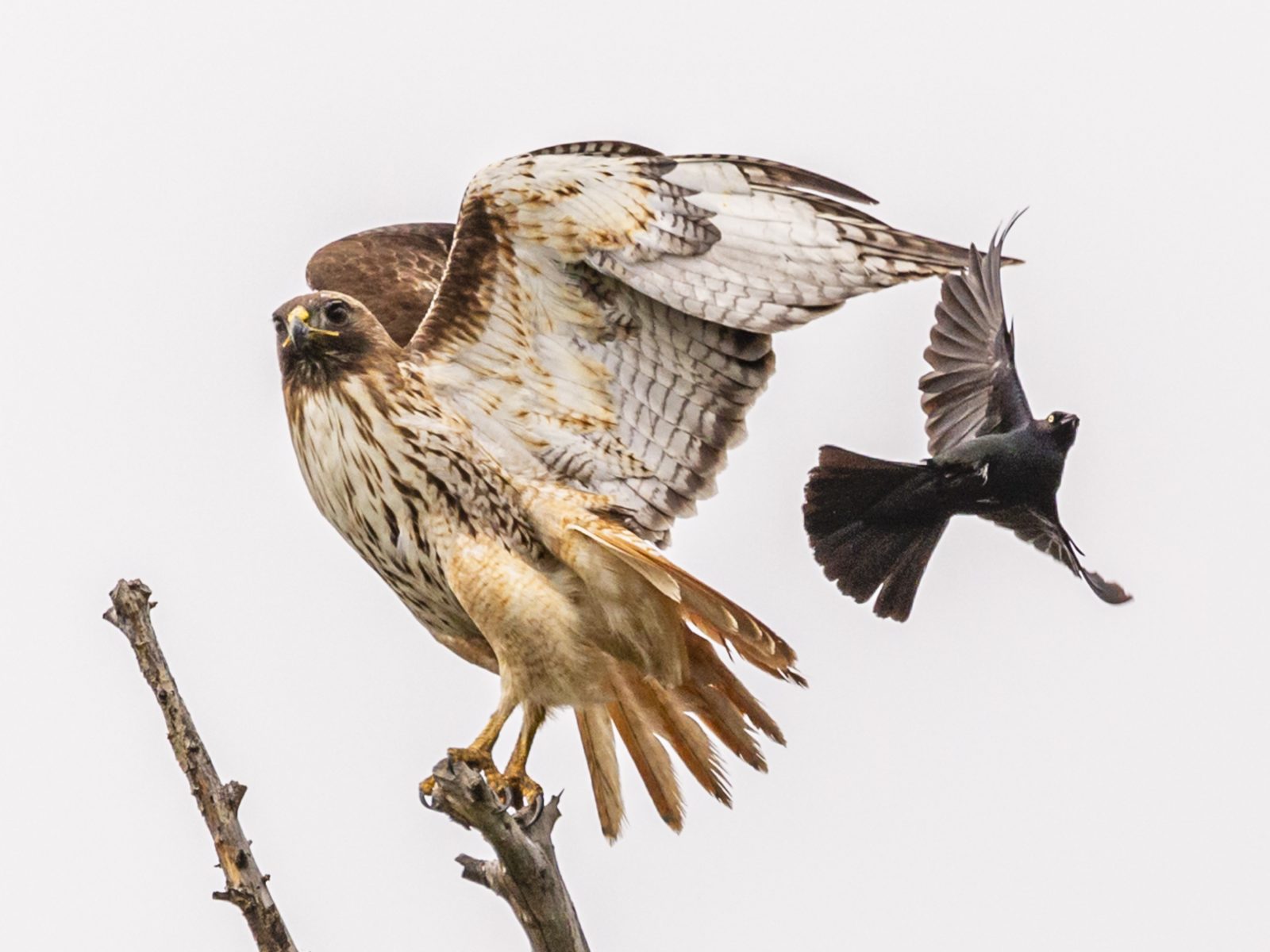 A Brewer's Blackbird persistently annoyed a female Red-tail Hawk who was encouraging her chick to fledge the nest. The Red-tail would fly in circles overhead and sit on branches close to the nest while she called out to her chick. The blackbird was relentless in its aggressive behavior, which included flying into and bumping the hawk as it perched in the tree, and harassing it while flying. At times the blackbird even landed on the back of the hawk. I have an amazing sequence of photos showing them interacting over many days. I have seen this behavior before with mockingbirds, kingbirds, and other small birds that are usually nesting close-by, and are fearless in their aggressive chasing of raptors such as hawks, owls and eagles. The small birds are vocal and fearless in the presence of birds who could easily devour them. In most of these instances, the raptors turn the other cheek and wish their nuisance would just go away!