Become a member and get exclusive access to articles, contests and more!
Start Your Free Trial
BirdWatching  •  Not a Feather Out of Place 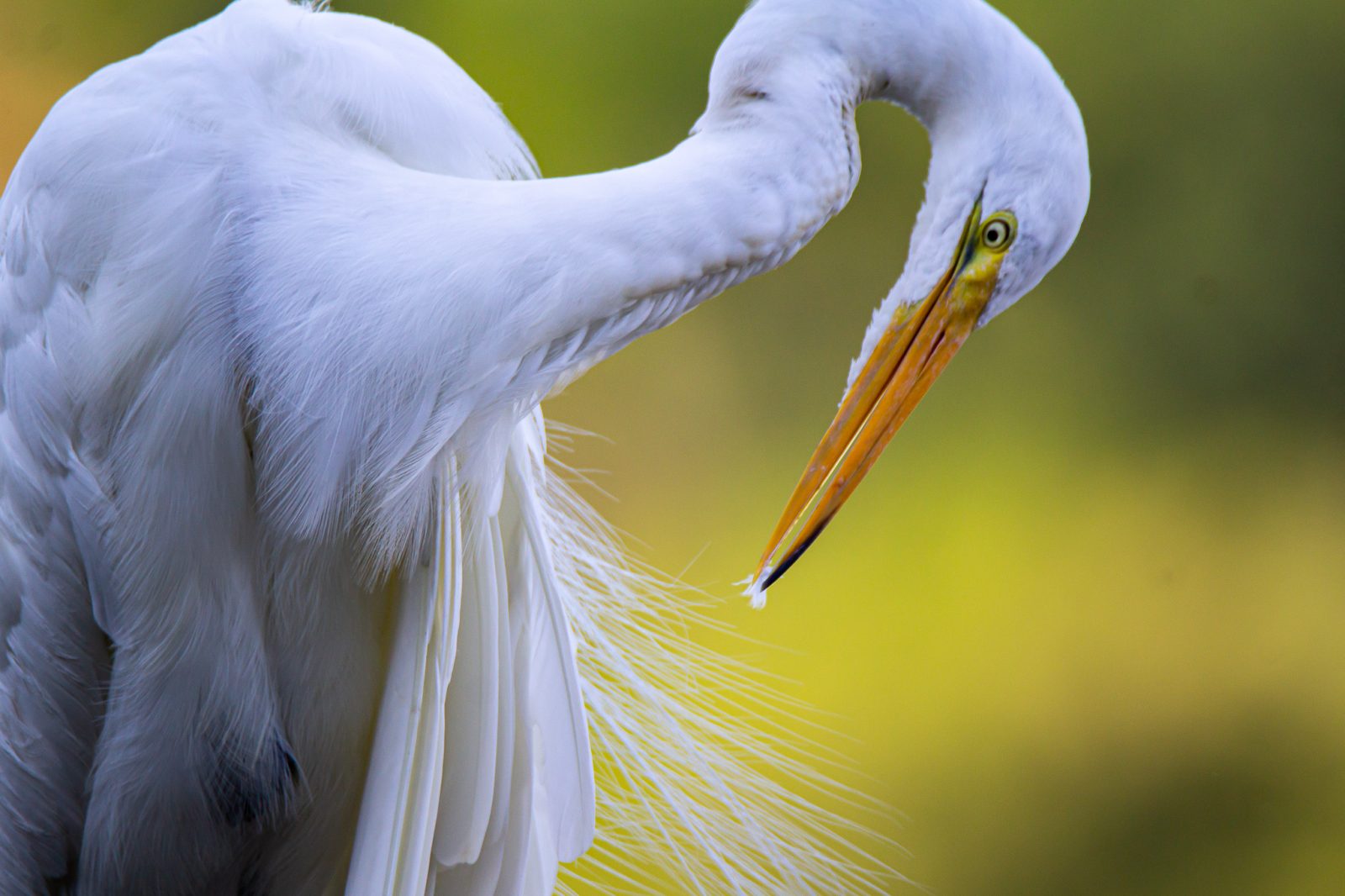 Great egrets are stately birds, and are unmistakable for their size and snow white plumage. These birds were once nearly hunted to extinction for their feathers, which were considered fashion statements in the late 19th and early 20th century. Now, great egrets can be found in many of North America's waterways. I captured this photo of an adult egret in a park in northern Manhattan, New York City. The sun was setting, creating a vivid green backdrop for this bird as it preened itself on a fallen log. The long, flowing plumes of this bird are part of its summer breeding plumage.