Become a member and get exclusive access to articles, contests and more!
Start Your Free Trial
BirdWatching  •  Island Scrub Jay 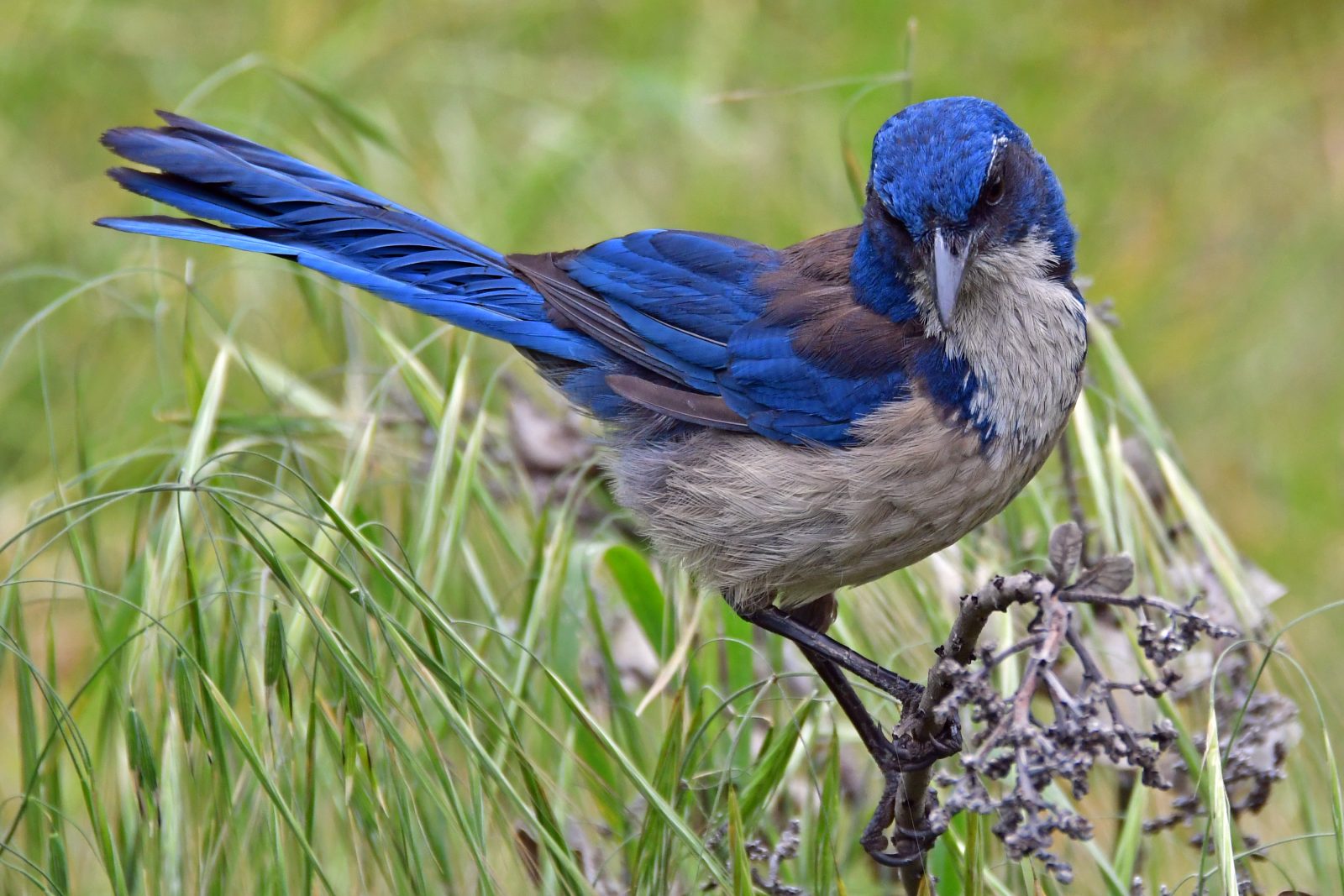 The Island Scrub Jay (Aphelocoma insularis) is another example of a species that only exists on the Channel Islands. In this case it only exists on Santa Cruz Island, and is the only "island endemic bird species in North America". It is larger and a brighter blue than the mainline scrub jay it evolved from. This one came fairly close to us as we were hiking up to Cavern Point. The Island Scrub Jay is considered a "vulnerable" species as it only on Santa Cruz Island and appears to be incapable of crossing significant bodies of water, making it one of the rarest songbird species in the United States