Become a member and get exclusive access to articles, contests and more!
Start Your Free Trial
BirdWatching  •  Female Ruby-Throated Hummingbird in Flight 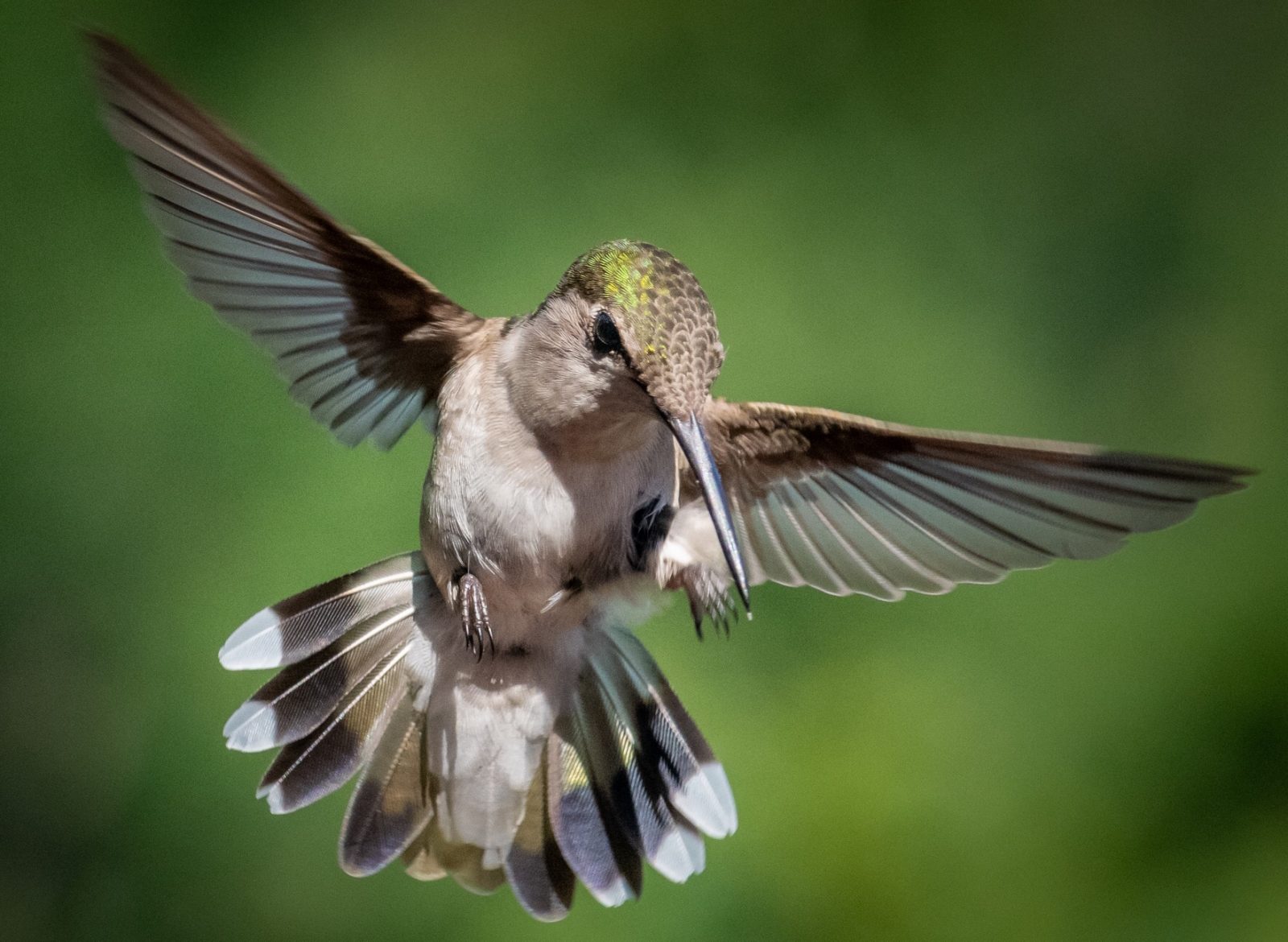 A hummingbird’s wings beat between 50 and 200 times per second, and the birds zip around at a an incredibly fast rate of speed. To capture the bird frozen in flight requires quick reactions and a shutter release of at least 1/3200th of a second. In order to capture the hummer in a frontal position, in focus, with the shadow of its little feet on its tail feathers, requires a higher f-stop to increase the depth of field. This is a long way of saying that a beautiful photo is captured at the intersection of technical ability and a bit of luck. What strikes me as unique as well, in this photo, is that the hummer is looking downward toward another bird as it is maneuvering its feet to defend itself.