Become a member and get exclusive access to articles, contests and more!
Start Your Free Trial
BirdWatching  •  Horns of the Puffin 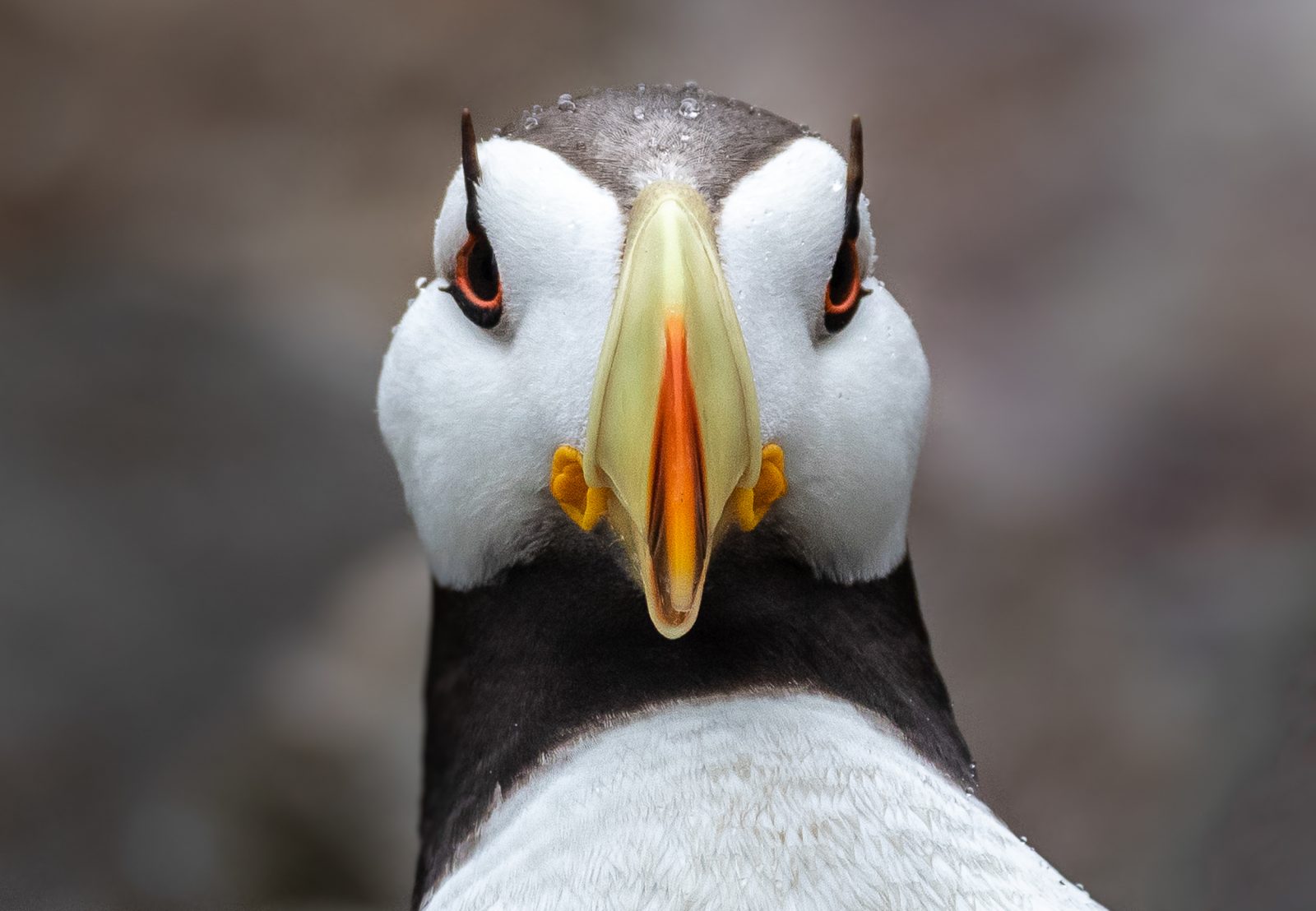 On a late August day in coastal Alaska I was lucky enough to visit a horned puffin colony. These puffins have always infatuated me as they can dive up to 200 feet, spend their winters in the open ocean and are simply a mix of beauty but also pure quirkiness. As I stepped foot onto the island, a light rain began to fall. The rain was a welcomed addition to the eerie atmosphere of the island and helped set the overall mood. The puffins were not scared of humans and I was able to approach them to within a few yards. I began to shoot away at this particular puffin as the droplets of rain began to accumulate on its head.