Become a member and get exclusive access to articles, contests and more!
Start Your Free Trial
BirdWatching  •  A Roadrunner’s Trophy 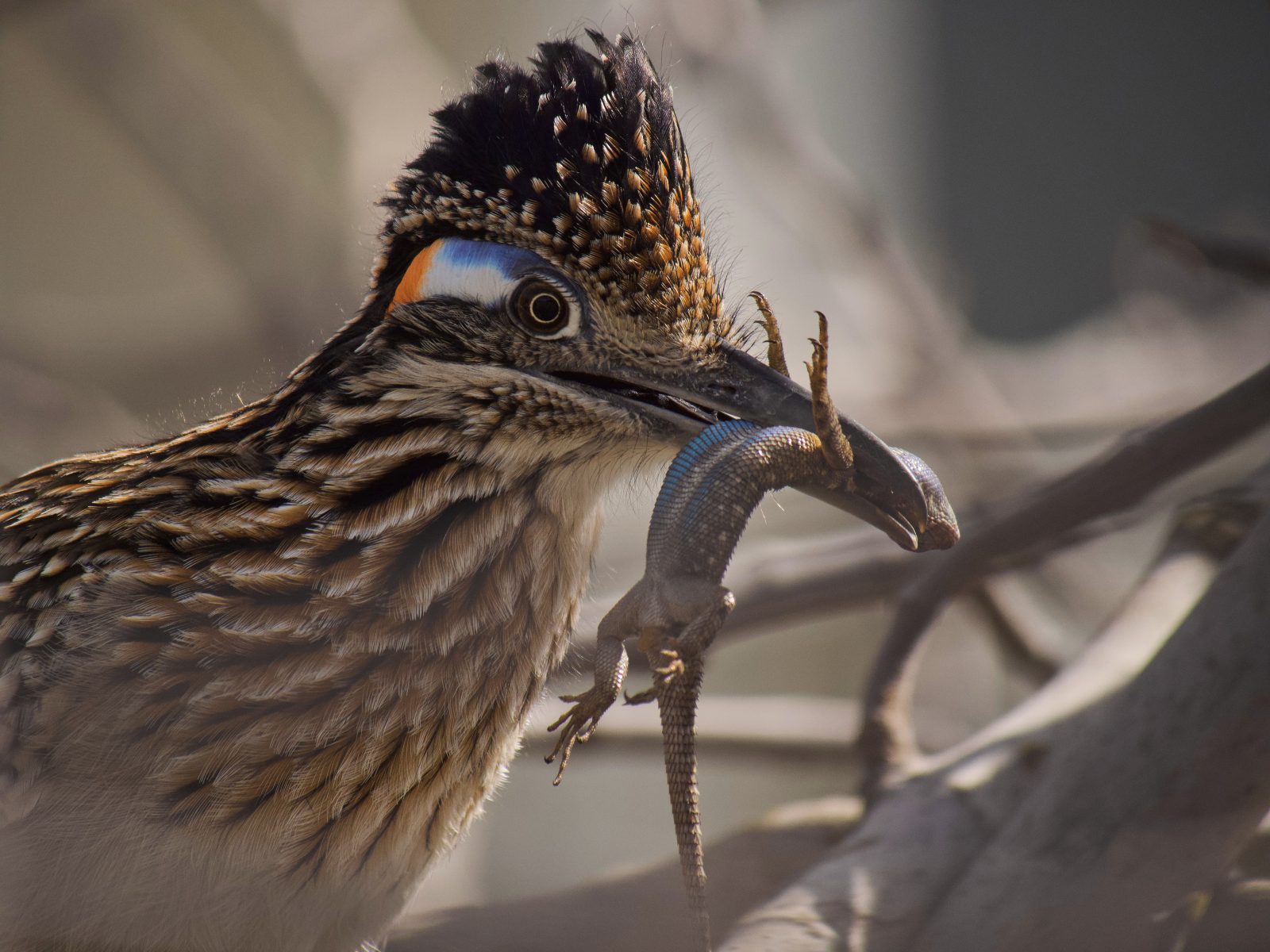 After looking all winter for a scare Greater Roadrunner in Fresno county, I finally got my chance. I kept hearing what sounded like the whining of a dog coming off from the distance when I realized it was a male Roadrunner calling. When I finally found him he was carrying a lizard in his beak and cooing in search of a mate. His offering never found him a lady nearby but over the next several hours I was able to get some shots of him through branches, perched in the middle of a large dead bush. I set up and captured the angle I was looking for with his bold eye showing prominantly and helpless prey in his grasp.