Become a member and get exclusive access to articles, contests and more!
Start Your Free Trial
BirdWatching  •  Breakfast is Served 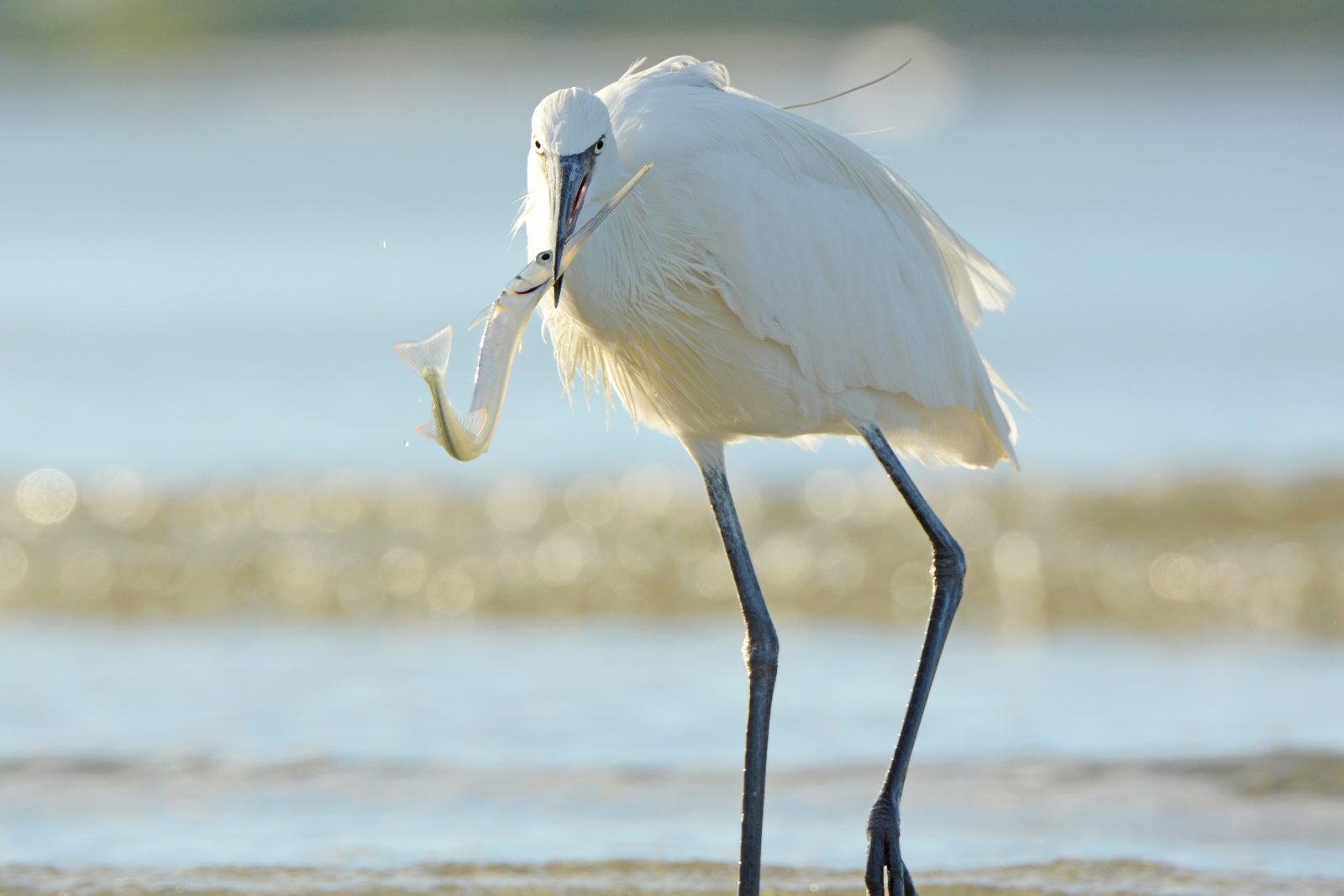 I photographed this Reddish egret white morph at sunrise at Bunche Beach in Fort Myers. The bird had just captured a needlefish in the surf. It was a spectacular show to watch as the bird carefully positioned the fish in its bill before swallowing it whole. From the series of images I captured during this moment, this shot was my favorite. I liked the way the tail of the fish bends upward at the same time there is a bend in the bird's leg. Perhaps more interesting, this bird also has a GPS satellite transmitter attached to its body. If you look closely, you can see the antenna sticking out from its back feathers. The bird had recently been fitted with the transmitter, along with three other local reddish egrets, by researchers from the Avian Research and Conservation Institute working out of the nearby J.N. "Ding" Darling National Wildlife Refuge on Sanibel Island. The researchers were conducting a study focused on the prey of the reddish egret in the Gulf region. The researchers would track the movements and feeding locations of the birds and then sample the quality of the prey in those locations. On this particular day, I could confirm the catch was impressive.