Become a member and get exclusive access to articles, contests and more!
Start Your Free Trial
BirdWatching  •  Serenity 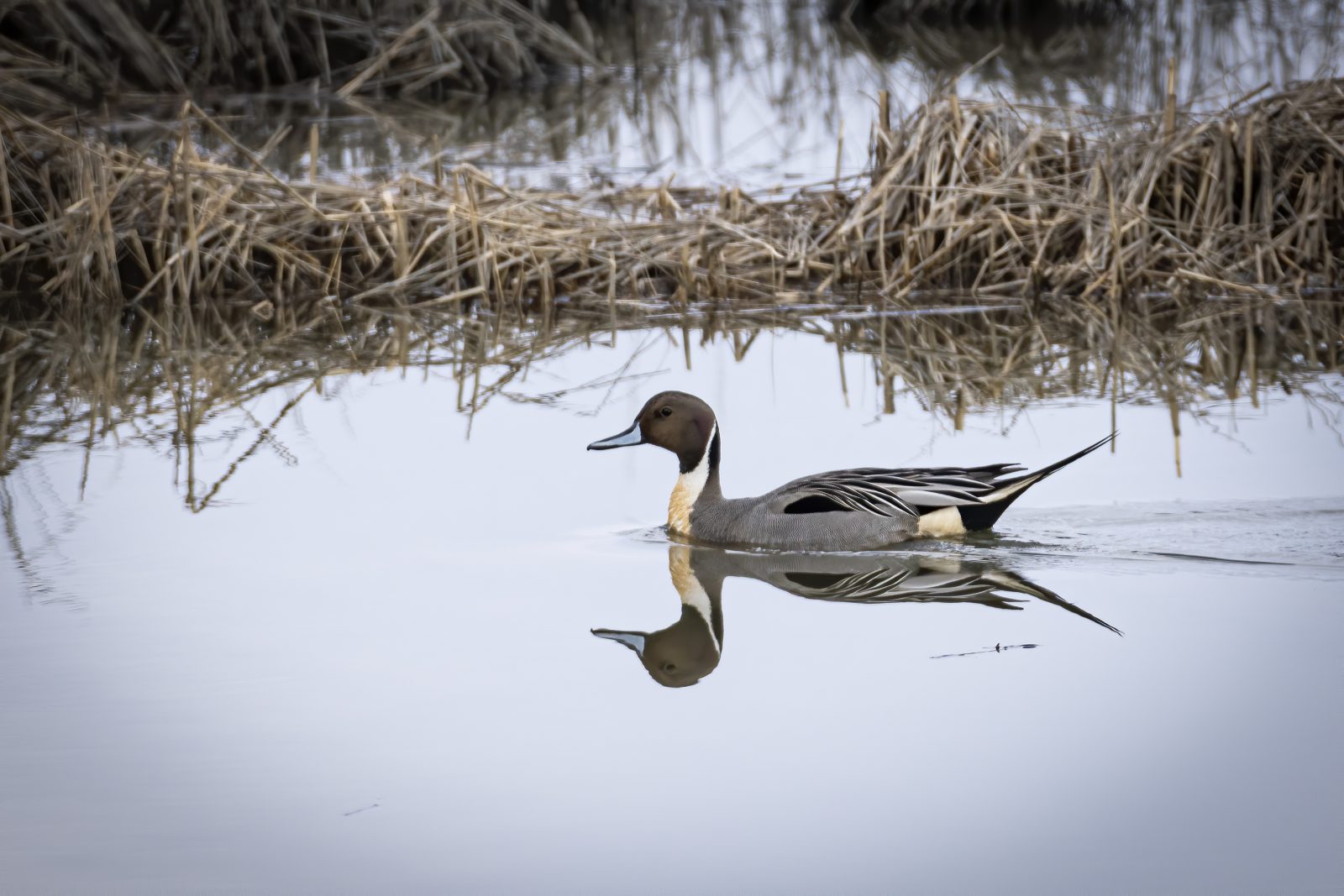 The pintail or northern pintail (Anas acuta) is a duck with wide geographic distribution that breeds in the northern areas of Europe, Asia and North America. It is migratory and winters south of its breeding range to the equator. This is a large duck, and the male's long central tail feathers give rise to the species' English and scientific names. Both sexes have blue-grey bills and grey legs and feet. The drake is more striking, having a thin white stripe running from the back of its chocolate-coloured head down its neck to its mostly white undercarriage. The drake also has attractive grey, brown, and black patterning on its back and sides. The northern pintail is a bird of open wetlands which nests on the ground, often some distance from water. It feeds by dabbling for plant food and adds small invertebrates to its diet during the nesting season. It is highly gregarious when not breeding, forming large mixed flocks with other species of duck. This duck's population is affected by predators, parasites and avian diseases. Human activities, such as agriculture, hunting and fishing, have also had a significant impact on numbers. Nevertheless, owing to the huge range and large population of this species, it is not threatened globally.