Become a member and get exclusive access to articles, contests and more!
Start Your Free Trial
BirdWatching  •  Florida Scrub-Jay 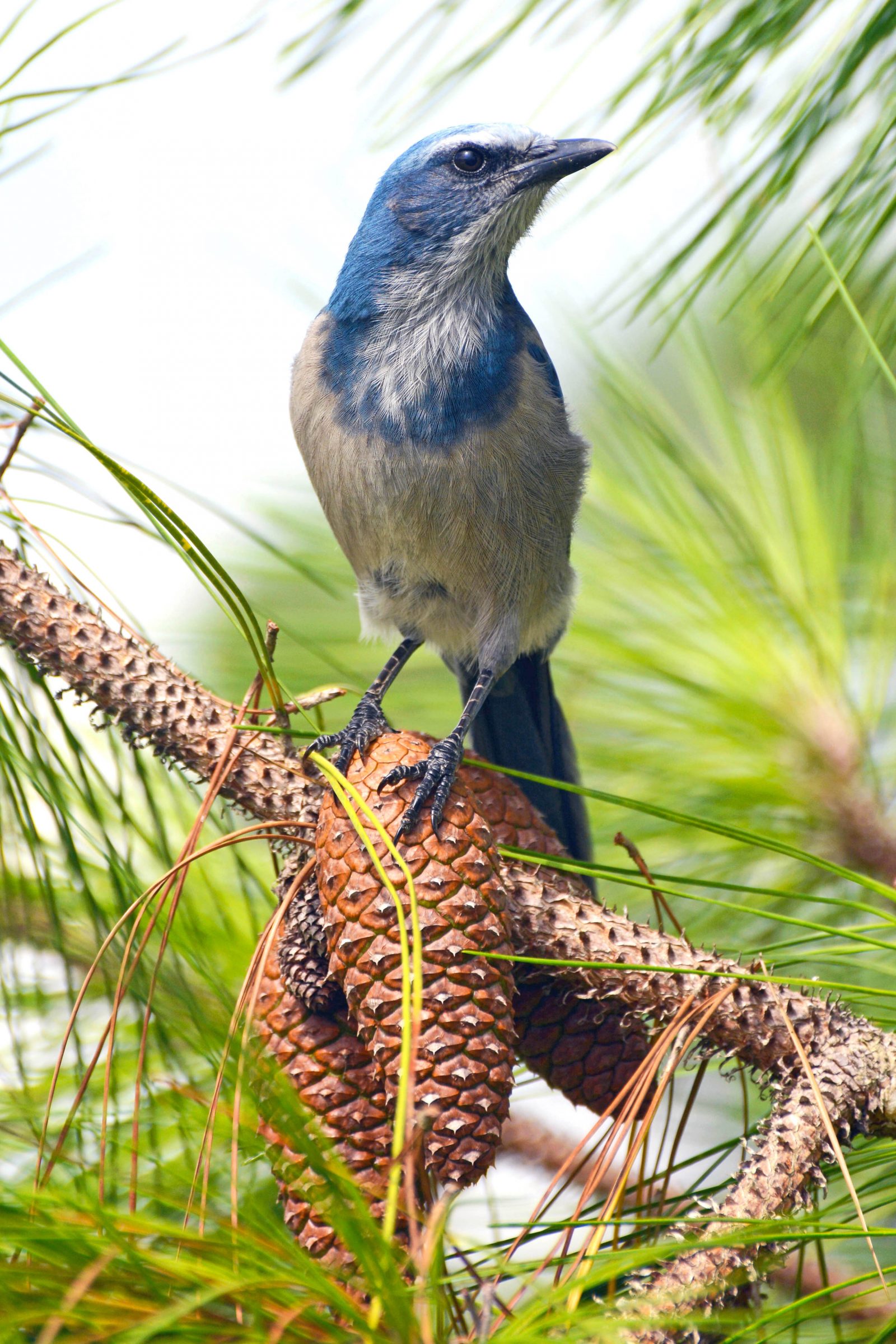 The Florida Scrub-Jay is a federally endangered species and is the only bird endemic to the state of Florida, found nowhere else in the world. As such, Florida scrub-jay populations and their habitat are closely monitored to support the survival of this species. I photographed this particular scrub-jay in Port Charlotte in southwest Florida, along the Gulf coast. The location is Shamrock Park, a county nature park along a coastal canal where a small number of scrub-jays can be found. Most photographers agree there is no such thing as a perfect photograph. But for me, this photograph comes pretty close. I love the way the bird is perched atop the pine cone on the branch of this native slash pine tree. Most scrub-jays have also been banded by state wildlife biologists, so it is especially rare to find a scrub-jay to photograph that is not banded. Ask anyone who has ever encountered a Florida scrub-jay and they will likely tell you this bird ranks near the top of their list of most fascinating birds.