Become a member and get exclusive access to articles, contests and more!
Start Your Free Trial
BirdWatching  •  Reddish Egret White Morph at Sunrise 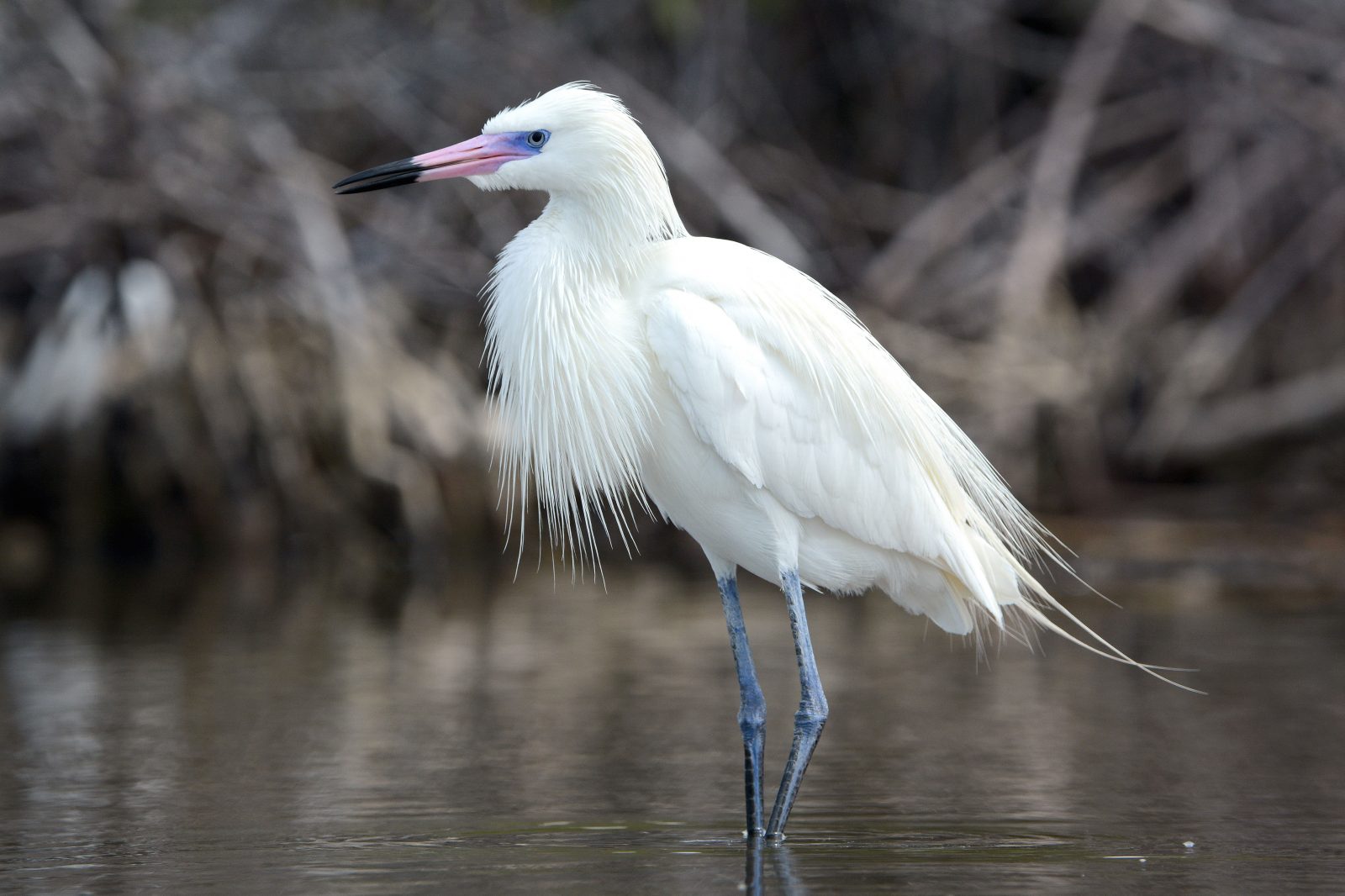 I photographed this reddish egret preening at sunrise on Fort Myers Beach in a small lagoon protected by the state as a critical wildlife area. Although the reddish egret is the most rare of North American herons, this species is a mostly reliable sighting when visiting coastal preserves in southwest Florida, along the Gulf of Mexico. This is one of the few white morphs in the area. On this day, I was fortunate to encounter the bird at sunrise against the dark backdrop of mangroves as it was feeding in shallow water. At this time of year, during the height of its mating season in late spring, the bird was also showcasing its magnificent breeding plumage, with the brilliant pink and blue coloration in its face and bill. A few months after this photo was taken, a condominium owner on the island successfully lobbied the state's department of environmental protection to issue a permit allowing for the construction of a private boardwalk with beach access through the lagoon. The boardwalk would have cleared mangroves in the exact location this photo was taken. Fortunately, local birders and a coalition of environmental groups, including the Florida Audubon Society, mobilized to oppose the permit and it was ultimately blocked in the courts. For now, the lagoon is still protected from development. But after a challenging year in 2018 along the Florida Gulf coast with severe red tide outbreaks and massive fish kills, the survival of this species and protection of its nesting and foraging habitat remain as critical as ever.