Become a member and get exclusive access to articles, contests and more!
Start Your Free Trial
BirdWatching  •  Don’t even think I am sharing this fish! 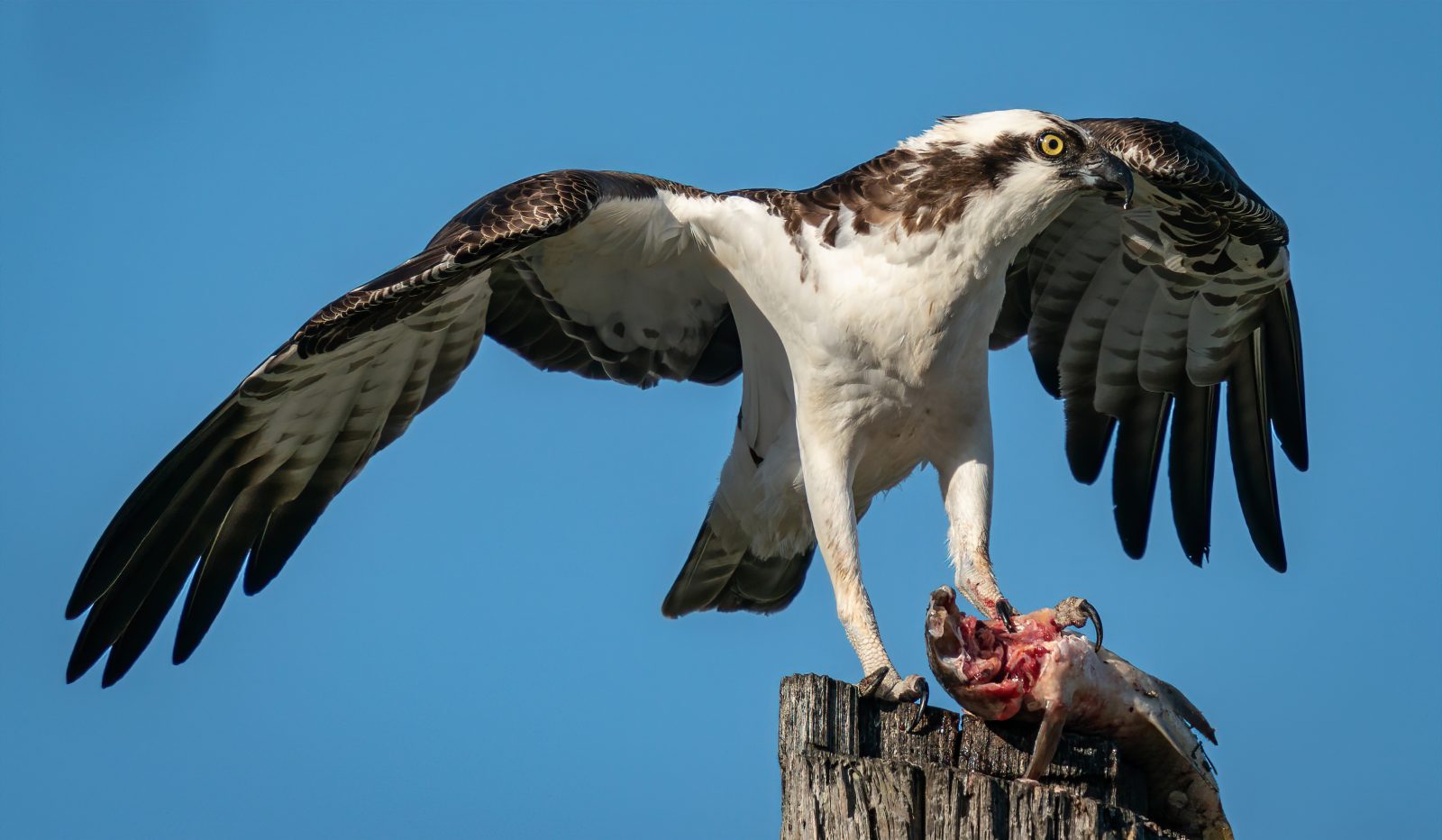 The fishing was good at the nearby ponds for this resident osprey, but after landing on a high perch and starting to eat his catch, he was harassed by several crows who circled and swooped near his catch repeatedly. Though he raised his wings in display several times, he never stopped relishing his fish until it was completely consumed. The crows got none of it.