Become a member and get exclusive access to articles, contests and more!
Start Your Free Trial
BirdWatching  •  Love on the Rocks 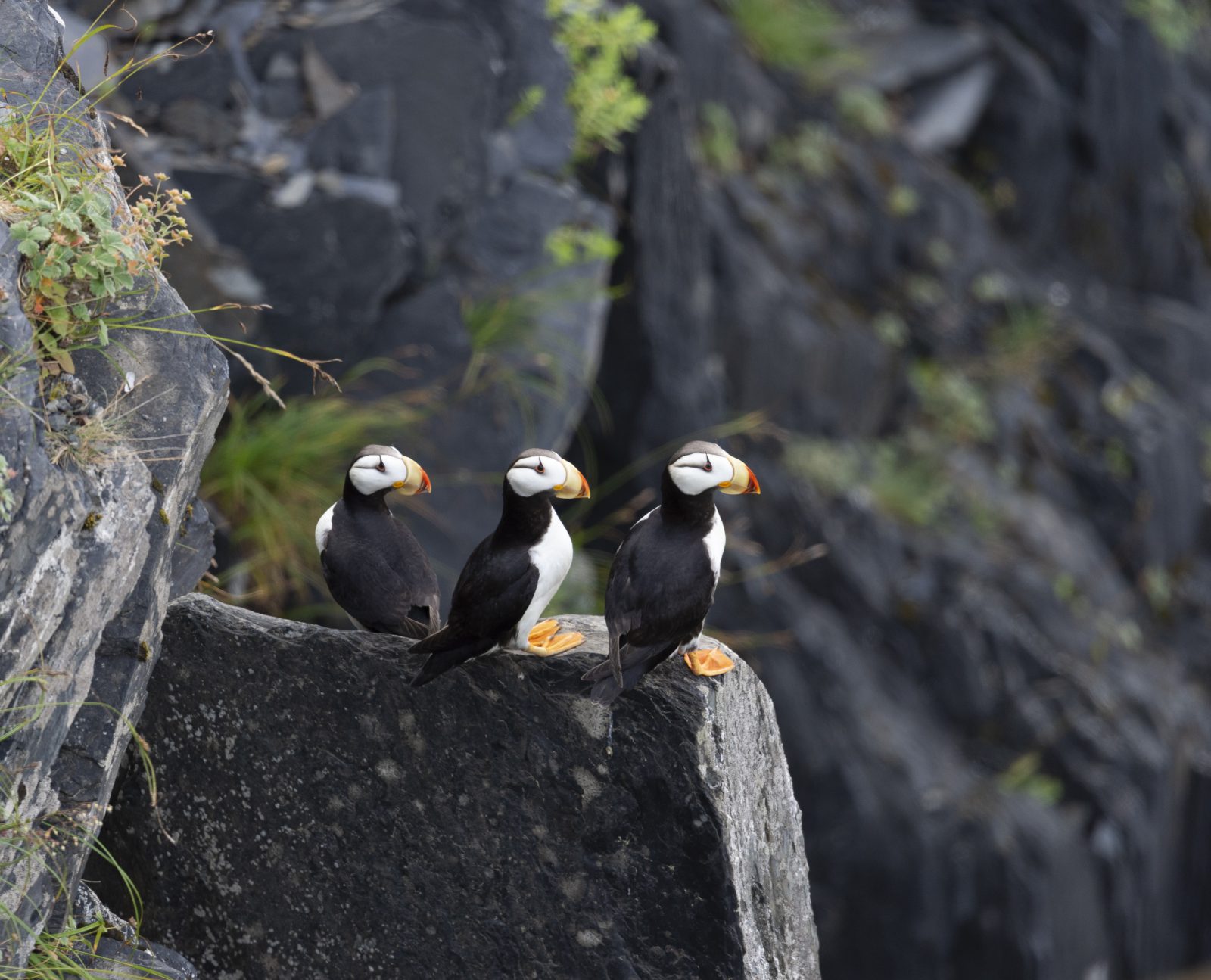 LOVE ON THE ROCKS....Puffins acquire their distinctive orange coloring during their mating season. The two male puffins on either side of the female were vying for attention, raising their wings, puffing their feathers and crowing their virtues to her. While I shot 630 images in a series, she ultimately made her choice. She rubbed her beak against the bill of the fellow on the right, in full view of his competitor. When the third wheel left, he pecked her beak back gently, and they gazed longingly back into the other’s eyes. He will likely now be her mate for life. It wasn’t easy selecting my favorite image from the shoot, but I particularly liked the monomorphic show the trio put on as they posed like statutes in a row on the rocks. These are horned puffins, found in Kodiak, Alsaka. The “horns” are the black protrusions behind the eye. Their beaks are a little different from the Atlantic puffins, but both types walk and fly in true comic puffin way. Taken with Nikon D4, Sigma 150-600 5.0-6.3, at 600 mm, 1/320, f8, ISO 800