Become a member and get exclusive access to articles, contests and more!
Start Your Free Trial
BirdWatching  •  An Autumn Portrait 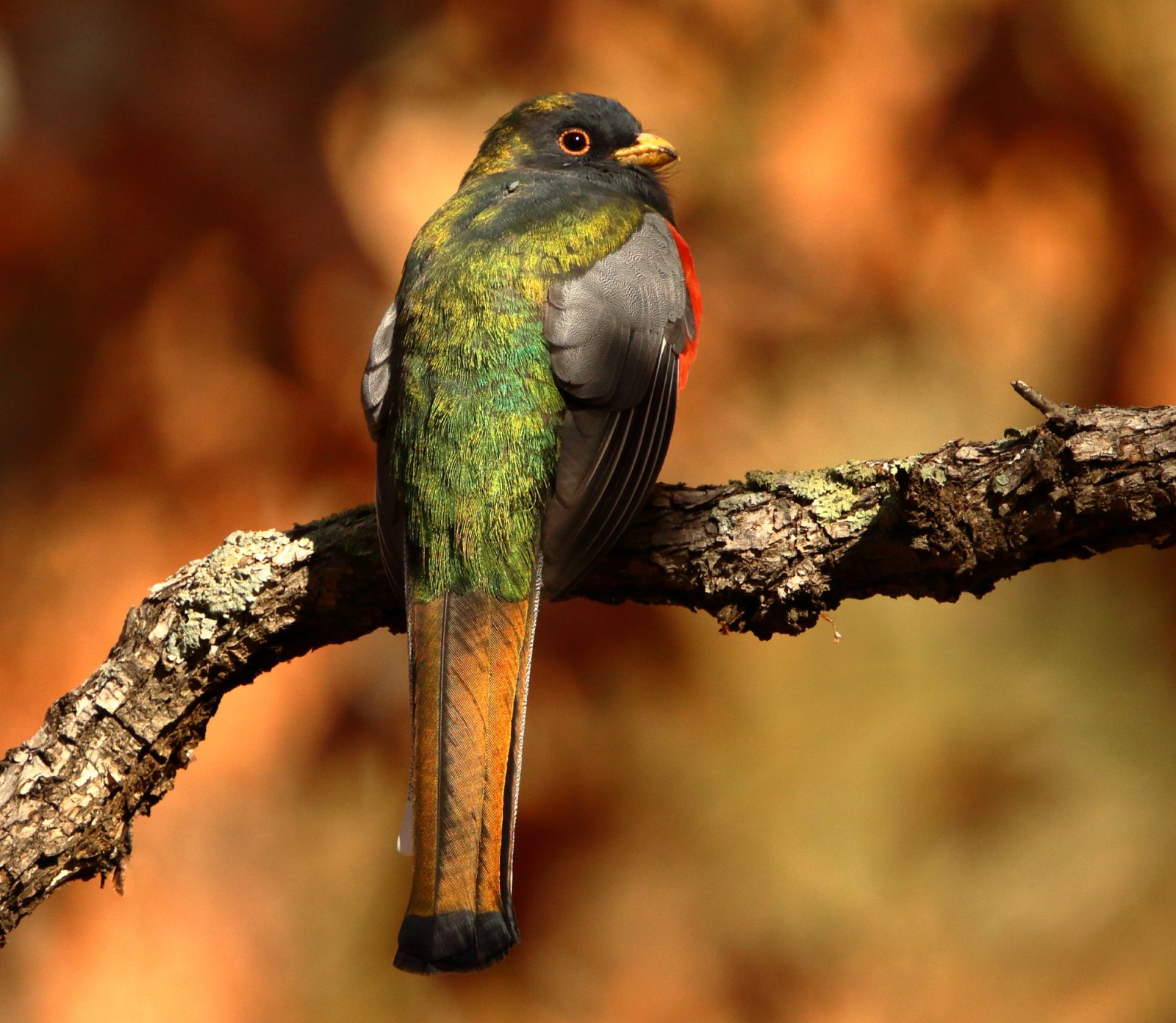 This is the portrait of an Elegant Trogon, a tropical bird from Mexico and Central America that's seen in only a few places in the United States during the summer when it breeds in the riparian areas of mountain canyons in Southeast Arizona such as that in the Chiricahua Mountains' Cave Creek Canyon. This was a rare sighting as I saw it in winter when they should be long gone to their wintering grounds south of the border and unusual in that the coppery-like color of its tail is mostly seen only in full sunlight (its previous name was "Coppery-tailed Trogon"). The background is from the autumn colors of Arizona sycamore, sumac, Bigtooth maple and other perennials of the canyon.