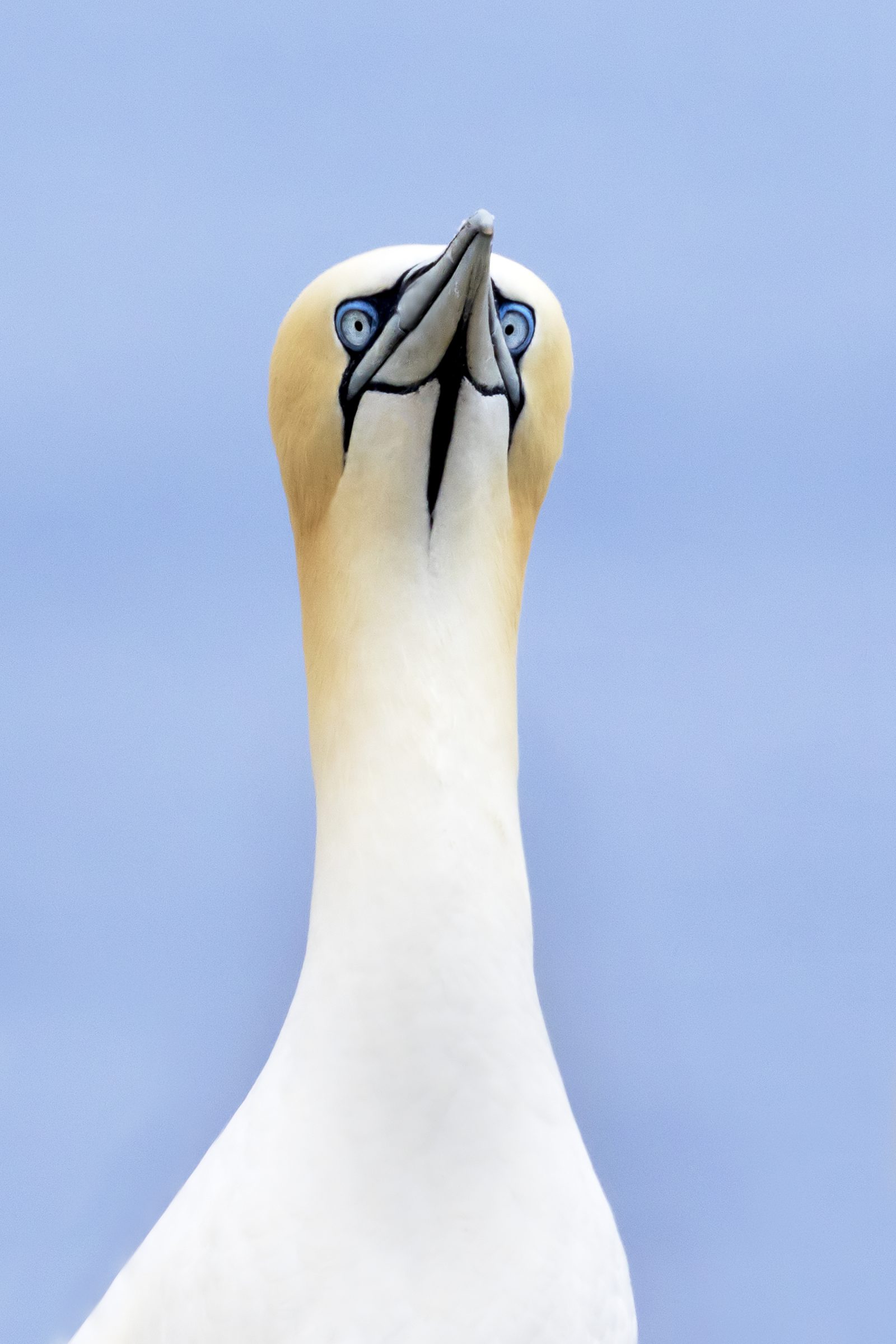 I had the amazing experience of sitting next to a colony of thousands of Northern Gannets on Bonaventure Island in Quebec, Canada. The cacophony was incredible as the birds circled around bringing sticks in to their nests. Sometimes it took several circling attempts until they could get the right conditions to land as the nests were so close together. There were so many birds that it was difficult to isolate just one bird. But, sitting at a low angle I was able to put this Gannet up against the sky to get a clean background and emphasize the incredible detail of their beautiful feathers.