Cranes and the climate crisis

During the festival, Wade Harrell, Whooping Crane recovery coordinator at the Aransas refuge, spoke to a packed room about the bird’s conservation status and prospects for its future along the Texas coast.

One of the criteria that could lead to the crane being downgraded to Threatened is for the Aransas-Wood Buffalo population to reach a total of 1,000 individuals, and Harrell said that goal could be reached as soon as 2040 if risks such as habitat loss are minimized.

He noted that research about the habitat on the refuge and surrounding areas has shown that the region could support many more Whooping Cranes (a higher “carrying capacity”) than are alive today — a whopping 3,249 cranes. Clearly, the impact of habitat loss and overhunting from centuries past has had a lasting impact on the population.

In the future, however, seas are expected to rise considerably due to the climate crisis. A 2014 study found that 23 to 54 percent of the crane’s habitat will be inundated by rising waters by the year 2100. Harrell’s projections show that the region that could support 3,249 birds in 2019 could only sustain 1,668 birds 81 years from now — a nearly 50 percent decline in carrying capacity.

That doesn’t necessarily mean that today’s flock of 500 or so will be cut down to 250 by 2100. No one has a crystal ball. But it’s undeniable that the warming planet poses a significant challenge for a species with such low numbers.

“Things could get tight in terms of habitat available on the coast,” Harrell says. “I would say that’s a rather conservative model in that our assumption behind it is that [the birds] continue to just use coastal marsh habitat. Historically, that’s really the only thing that we can model on going forward. But if we look at some of our other reintroduced populations, we see them using a wider variety of habitat types, including agricultural habitats. [For example,] the Louisiana birds are using rice agriculture pretty heavily.

“The best-case scenario is not only will they use coastal marsh but that they will spread into other habitat types farther inland. We’ve seen a little bit of that during drought periods.” During a recent drought, he notes, many cranes spent several months at Granger Lake in central Texas, showing that the birds can winter at a freshwater reservoir. “So, they certainly have a capacity and capability to use other types of habitats. It’s just a matter of will they as their population pushes beyond the marsh?”

Archibald, the man who has done more than anyone else on behalf of Whoopers, says he’s encouraged by the recent growth of the Aransas-Wood Buffalo flock, and he’s guardedly optimistic for the future.

“I’m not complacent to the fact that we have great dangers with sea-level rise, with the threat of contamination from an industrial accident and from the tar sands developments in Alberta, which are just south of Wood Buffalo National Park, with hundreds of acres of poisoned lakes created by the effluent that the cranes could land in and that the fragile arctic ecosystem could be screwed up by.”

For me, it was impossible to listen to Harrell’s report and think of it as a theoretical discussion of a far-off future. Just 18 months earlier, the town in which we were meeting, Port Aransas, and Mustang Island, which it sits on, took a direct hit from Hurricane Harvey. Its 132-mph winds damaged nearly every structure in the city. Port A, as it’s known locally, was busy with tourists and construction and certainly recovering during my visit. But as the climate crisis intensifies, larger and more destructive hurricanes are forecast to occur more often.

If Harvey, which came ashore in August 2017, had hit a few months later, when Whooping Cranes were back in the region, the bird’s story today could be considerably different. The storm swamped the Aransas refuge, causing significant damage to the Whoopers’ winter home. The refuge’s Blackjack Unit lost 20 to 40 feet to erosion during the storm. In May 2019, the Fish and Wildlife Service said it will spend $27 million to replace more than 8 miles of levees, 3 miles of canals, and 33 water-control structures and harden 7 miles of shoreline.

The challenges ahead for the Whooping Crane are great. And while I certainly learned disquieting news during my visit to Port A, the festival named after the iconic bird also gave me renewed hope that advocates will continue to find ways to help the species. No moment drove that point home as much as this: When our tour boat arrived at the territory of a crane family on the Aransas refuge, a young man on board turned to his girlfriend (both of whom have worked with captive Whoopers), got down on one knee, and asked her to marry him.

A version of this article was published in the September/October 2019 issue of BirdWatching magazine.

A weekend for watching and celebrating Whooping Cranes

Day and night, across the country right now, a river of migrating birds is flowing overhead. The Cornell Lab of Ornithology holds its Migration Celebration … END_OF_DOCUMENT_TOKEN_TO_BE_REPLACED 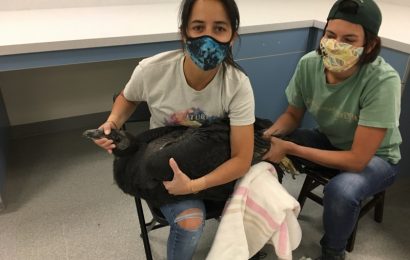 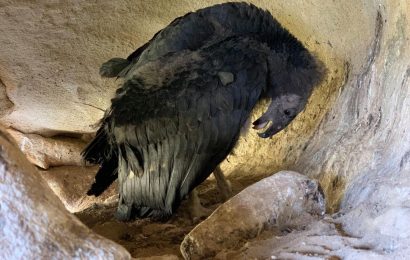