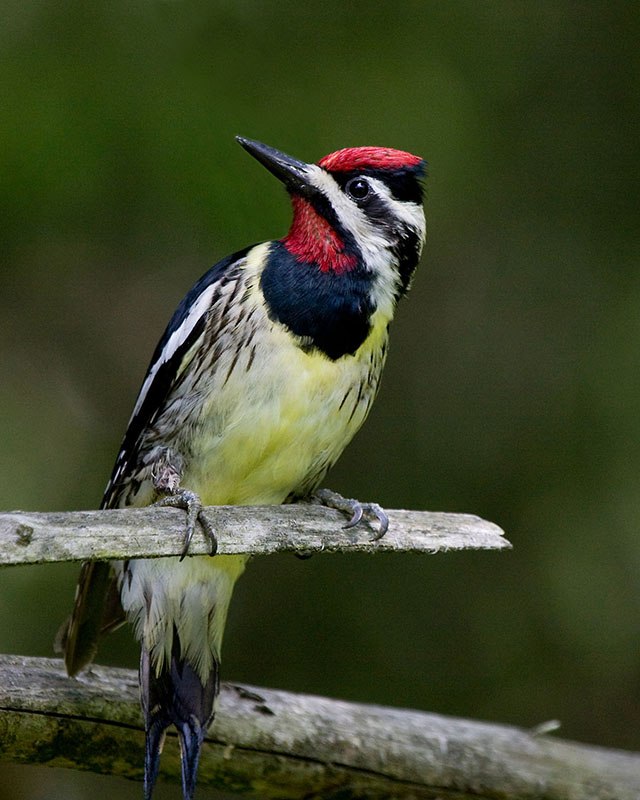 When comedians mock birders, they inevitably invoke this medium-sized woodpecker. On “The Beverly Hillbillies,” for example, the character Jane Hathaway constantly searches for the bird around the mansion — never mind that in real life it almost never strays to southern California. And on “The Honeymooners,” the character Ed Norton observes one in New York City’s Central Park (while erroneously stating that sapsuckers are not supposed to be within 3,000 miles of there).

Even as many birders bristle at the jokes, which generally portray them as socially awkward nerds, they admit that the Yellow-bellied Sapsucker does have comic potential. “[It] sounds like a name you’re calling someone when you make fun of them,” says Geoff LeBaron, Audubon’s Christmas Bird Count director.

Besides being silly, the name is also inaccurate. Yellow-bellied Sapsuckers’ underparts are typically more off-white, or at best yellow-tinged, than truly yellow. Moreover, although they eat sap, they lap it up with their tongues rather than sucking it.